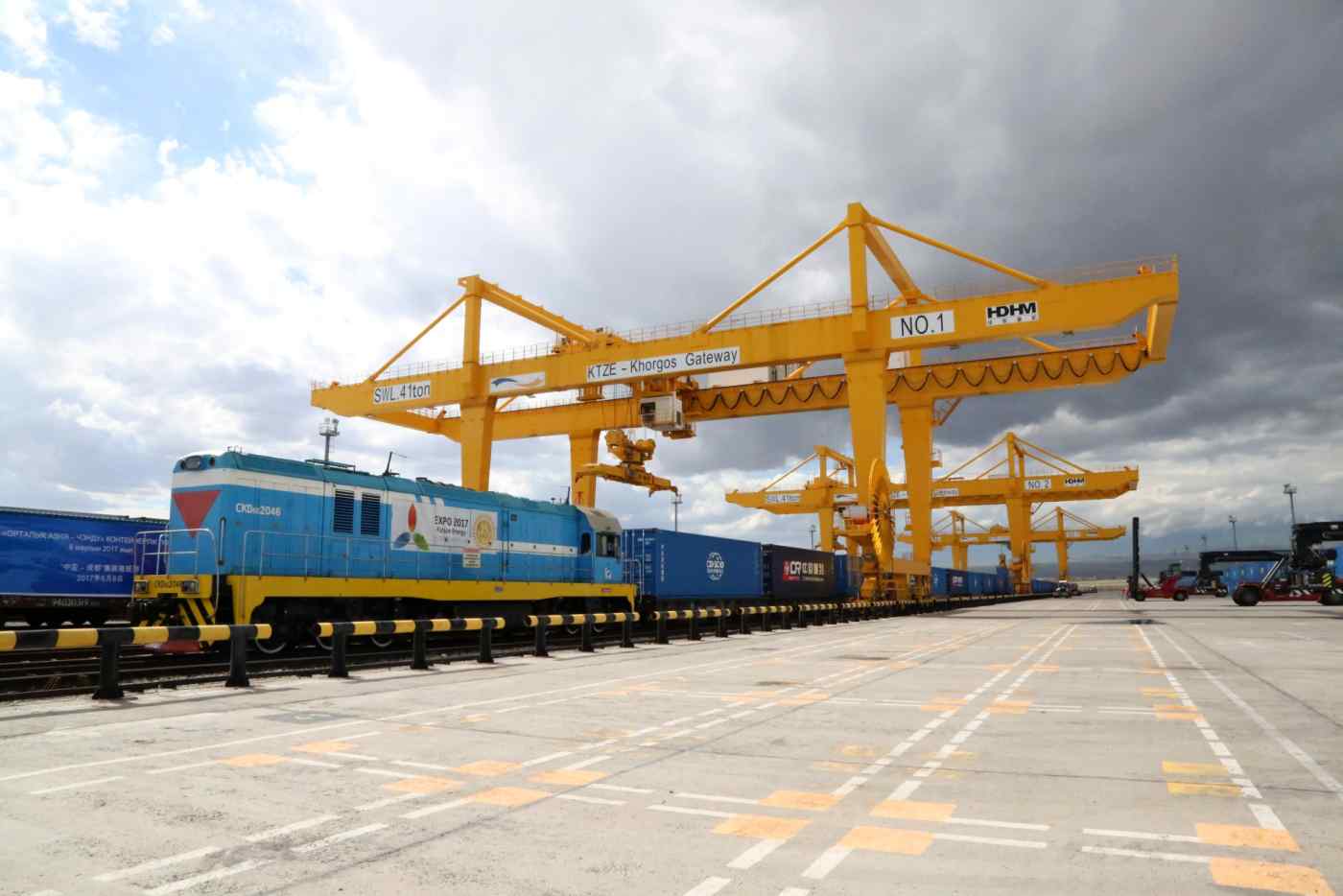 DALIAN, China -- China Cosco Shipping is poised to go on a fresh overseas investment spree to secure ports and logistics hubs as part of China's efforts to create its huge "Belt and Road" economic zone aimed at increasing that country's influence over distribution from Asia to Europe.

China Cosco Shipping, which was formally established in February 2016 through the merger of China Ocean Shipping (Group) and China Shipping (Group), is now at the vanguard of the Belt and Road initiative.

Chinese President Xi Jinping has advocated the scheme, as has the Chinese government, which hosted an international conference on it for the first time, in Beijing in May.

Riding the economic zone drive, Cosco has already moved to secure overseas business footholds, acquiring the Piraeus port in Greece and obtaining the rights to use container terminals in the United Arab Emirates and the Netherlands.

Cosco is again accelerating its drive to expand overseas operations as part of its growth strategy while playing the role of trailblazer in the Belt and Road scheme.

Recently in Hong Kong, Cosco Shipping Holdings, a major container transportation company of the Cosco group, announced that it had offered to buy the major shipping company Orient Overseas International, together with Shanghai International Port Group, for HK$49.2 billion ($6.3 billion).

The takeover will create the world's third-largest shipping line by capacity as Beijing pushes to raise China's profile in global shipping. Cosco Shipping Ports, a Cosco group company, signed an agreement in June to acquire a 51% stake in Spanish port operator Noatum Ports, securing its biggest foothold at a port in the Mediterranean.

Noatum Ports operates terminals at ports such as the Valencia port, and railroad terminals in Madrid and elsewhere.

According to Cosco, the Port of Valencia is one of the three biggest container ports in the Mediterranean, and Noatum Ports owns the biggest terminal there.

The two Chinese companies will each hold a 24.5% stake in the container transportation company affiliated with the Kazakhstan government.

While the two Chinese companies will together hold a 49% stake, a Kazakhstan government-affiliated company will remain KTZE-Khorgos Gateway's top shareholder.

Khorgos is located about 15km from the border with China. It is an important transportation hub connecting China to Europe by rail.

Chinese and Kazakhstan railroad tracks have different widths. This makes it necessary for rail cargoes transported from China to be transferred to another train at Khorgos.

By investing in KTZE-Khorgos Gateway, the Cosco group intends to utilize Khorgos as a logistics hub for transporting Chinese and foreign cargoes arriving at Lianyungang by sea to Europe.

The global shipping industry is struggling amid weak demand, which is partly due to a slowdown in the Chinese economy. A container vessel supply glut has also triggered price competition among shipping companies, further hitting their bottom lines.

Cosco is also struggling amid weak demand and vessel oversupply.

For example, Cosco Shipping Holdings, a listed Cosco group company, posted a net loss of 9.9 billion yuan ($1.46 billion) in the financial year ended Dec. 31, 2016, compared with a net profit of 470 million yuan in the previous year.

The Cosco group is now under pressure to make further restructuring efforts, including reducing its fleet of vessels. Under such circumstances, large-scale investments could further hurt the group's financial health.