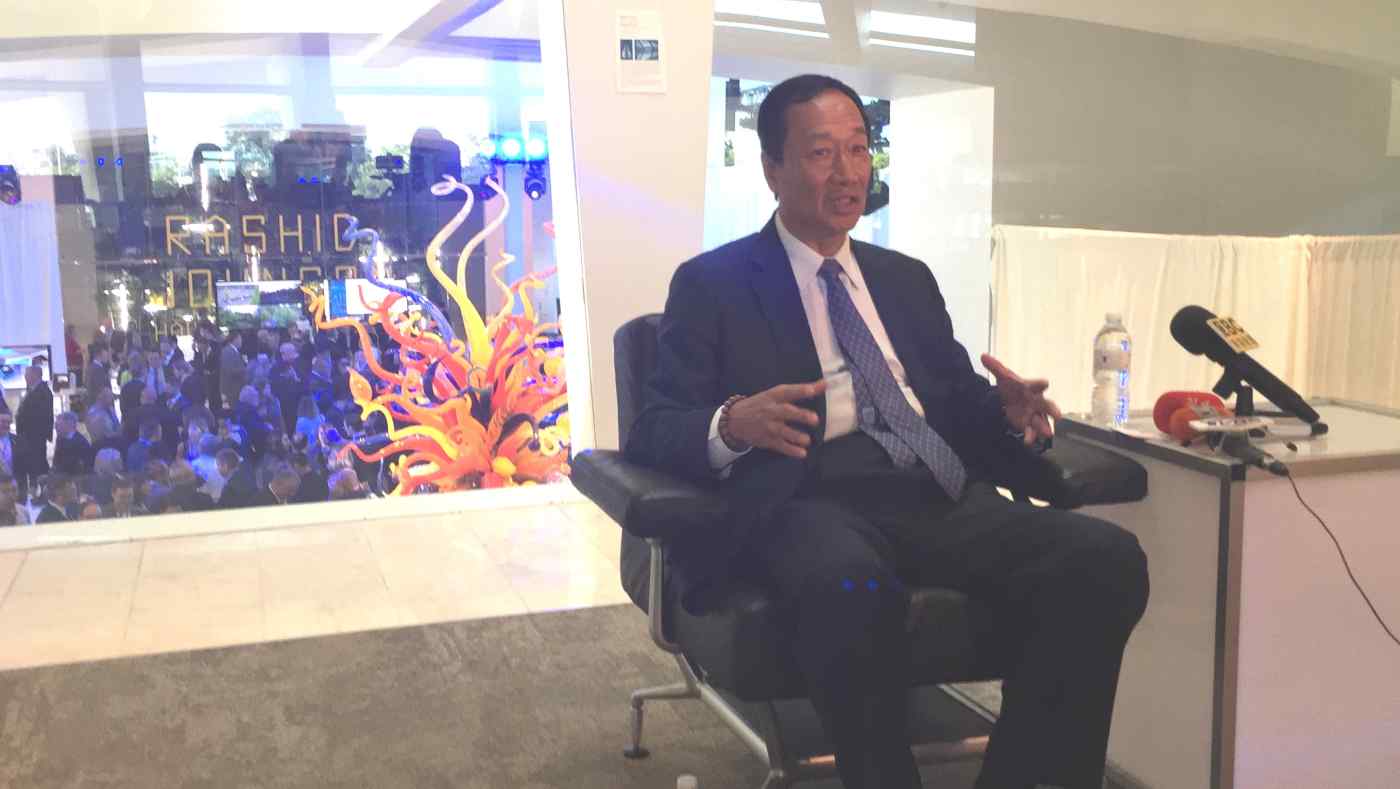 "Michigan is one of the states that we are considering as an investment location and our company is conducting an evaluation of the conditions for establishing a facility in that state," Foxconn said in a statement sent to the Nikkei Asian Review on Monday.

The government-run China Daily reported that Gou said after the meeting that Foxconn was planning to establish a research center in Michigan. China's Securities Times reported that Gou said Foxconn would work on next-generation automobile technologies such as autonomous vehicles in Michigan, although he could not as yet reveal the potential amount of investments in the state, known for its auto industry.

Foxconn's statement did not give any detail about possible investments in the state.

To lure possible Foxconn investments, Snyder signed "good jobs" bills into law in late July to allow companies to keep up to 100% of the income taxes paid by their new employees for 10 years if they meet certain investment criteria.

The annual tax revenue the state government would be allowed to give up is capped at $200 million.

On July 26 Gou announced in a White House press conference with U.S. President Donald Trump that his company will build a $10 billion liquid crystal display facility in U.S. House Speaker Paul Ryan's district in Wisconsin. The facility could create up to 13,000 jobs, with an average annual salary of $53,875, plus benefits.

It is one of the largest greenfield investments by a foreign company in U.S. history in terms of jobs, according to Wisconsin officials.

Gou said in a group interview the next day that he is aiming to create a comprehensive display industry ecosystem in the U.S. with the Wisconsin project. In return, Wisconsin is offering $3 billion in tax breaks over 15 years, or about $230,000 per job, pending on whether Foxconn can fulfill its pledge to invest and create jobs.

While some U.S. media outlets are criticizing Wisconsin for offering an overly generous subsidy for Foxconn, industry insiders in Taiwan are worried about whether the company can turn a profit on the planned Wisconsin facility, faced with higher labor costs, falling panel prices and the lack of a comprehensive supply chain.

In a stark contrast to the U.S., Foxconn workers responsible for assembling iPhones in the company's facility in the central Chinese city of Zhengzhou earn a monthly salary of up to 4,500 yuan ($670) plus benefits and after overtime, according to Foxconn's Zhengzhou recruitment website.

Gou did not respond to a question from the Nikkei Asian Review on July 27 on whether Foxconn will make additional investments in the U.S. on top of the $10 billion project in Wisconsin. Trump said on Aug. 1 that Gou told him the Taiwanese company could invest up to $30 billion in the U.S., a claim that Foxconn has not confirmed.

Gou said at the company's annual shareholders' meeting in June that he could invest more than $10 billion and create tens of thousands of jobs in the U.S.

Foxconn is investing in the U.S. amid Trump's efforts to bring manufacturing jobs back to the U.S.