TAIPEI -- Major iPhone assembler Hon Hai Precision Industry, better known as Foxconn Technology Group, said on Sunday that it plans to team up with premium camera maker RED Digital Cinema to make professional-quality and affordable film cameras for the general public, while expanding into the manufacture of semiconductors for displays and cameras.

Those moves come as the Taiwanese company is building facilities to make large-scale display panels in the U.S. and China. It is seeking new revenue sources to compensate for weakening smartphone demand. It wants to reduce its business dependence on Apple, which accounts for more than 50% of its sales. Foxconn assembles iPhone mobile phones and MacBook computers among other products for Apple, but profit margins are razor thin. The manufacture of more electronics equipment and components could improve the company's earnings.

"We will make cameras that will shoot professional-quality films in 8K resolution but at only a third of current prices and a third of current camera sizes," Foxconn Chairman Terry Gou told reporters in Taipei following the company's annual employee party before the Chinese New Year. 8K ultra-high definition resolution has become the benchmark standard for digital television and cinematography.

Gou said he is in talks with RED Digital Cinema, whose cameras are used in the filming of such hit films and TV shows as Transformers and Netflix's House of Cards, to form a joint venture or partnership to produce affordable cameras. A RED's 8K camera now sells for around $30,000.

Foxconn's move is part of an effort to build a corporate ecosystem related to displays and videos. Gou said his company is basing its strategy on the display manufacturing facilities it already operates and its 2016 acquisition of Sharp's semiconductor business, which will be expanded this year. 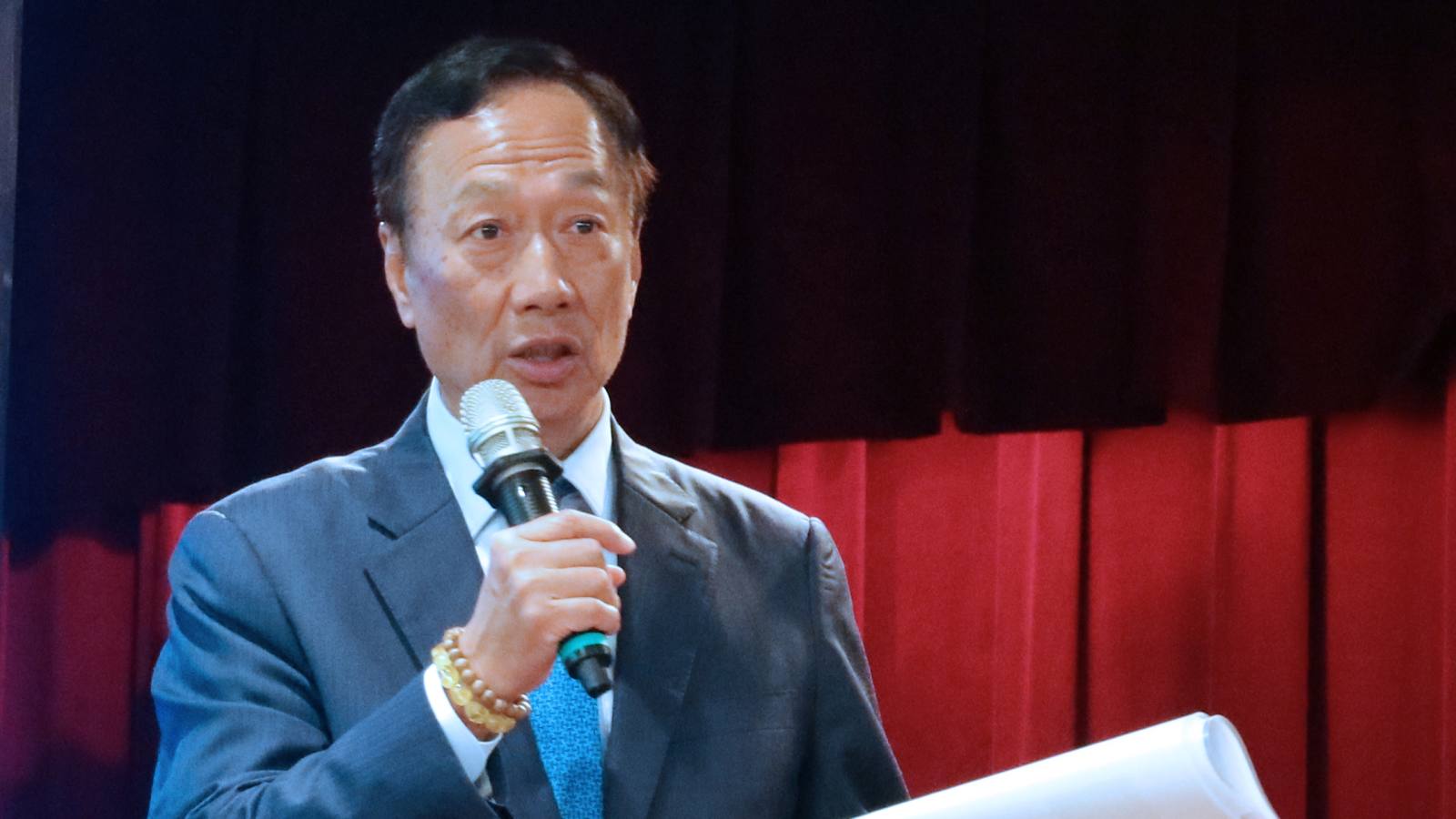 "Not only displays, Sharp controls important chip technologies for various image sensors that go into digital cameras and televisions. We will definitely make good use of them and make more of them," said Gou. "And we will make these [semiconductors] much more cheaply. That's our important goal and project for this year."

Meanwhile, Foxconn is churning out more display panels, with the help of three of its affiliates -- Innolux of Taiwan, Sharp and Sakai Display Products of Japan. Gou also signed an agreement in November with Wisconsin Governor Scott Walker to build a $10 billion liquid crystal display panel factory in the Midwest state in return for $3 billion in tax breaks and other incentives. Construction will begin in April, Gou said.

Foxconn is also building another large-scale LCD display plant for TV screens in the southern Chinese city of Guangzhou, which is scheduled to go into production before 2020.

Besides U.S. and China, Foxconn is expanding manufacturing in India, and Southeast Asia this year, according to Gou, but he did not disclose details. Foxconn now makes mobile phones for Xiaomi in India.

Gou said Foxconn is undergoing a major transformation over the next three years from being a traditional manufacturer to a service provider for cloud computing, big data and artificial intelligence.

To finance these new investments, Foxconn will list a subsidiary, Foxconn Industrial Internet (FII), its cloud and networking unit, on the Shanghai Stock Exchange. The company submitted an application to China Securities Regulatory Commission and an initial public offering prospectus was released on Feb.9.

This is part of a strategy by Foxconn to spin off units through IPOs to raise capital and improve finances. China's capital markets offer higher price-to-earnings ratios than Taiwan.

Although it did not specify how much money it plans to raise through the IPO, the prospectus disclosed that it planned to invest 27.25 billion yuan ($4.33 billion) across a wide range of areas, including smartphone component development, smart manufacturing, 5G, networking equipment and cloud platforms.