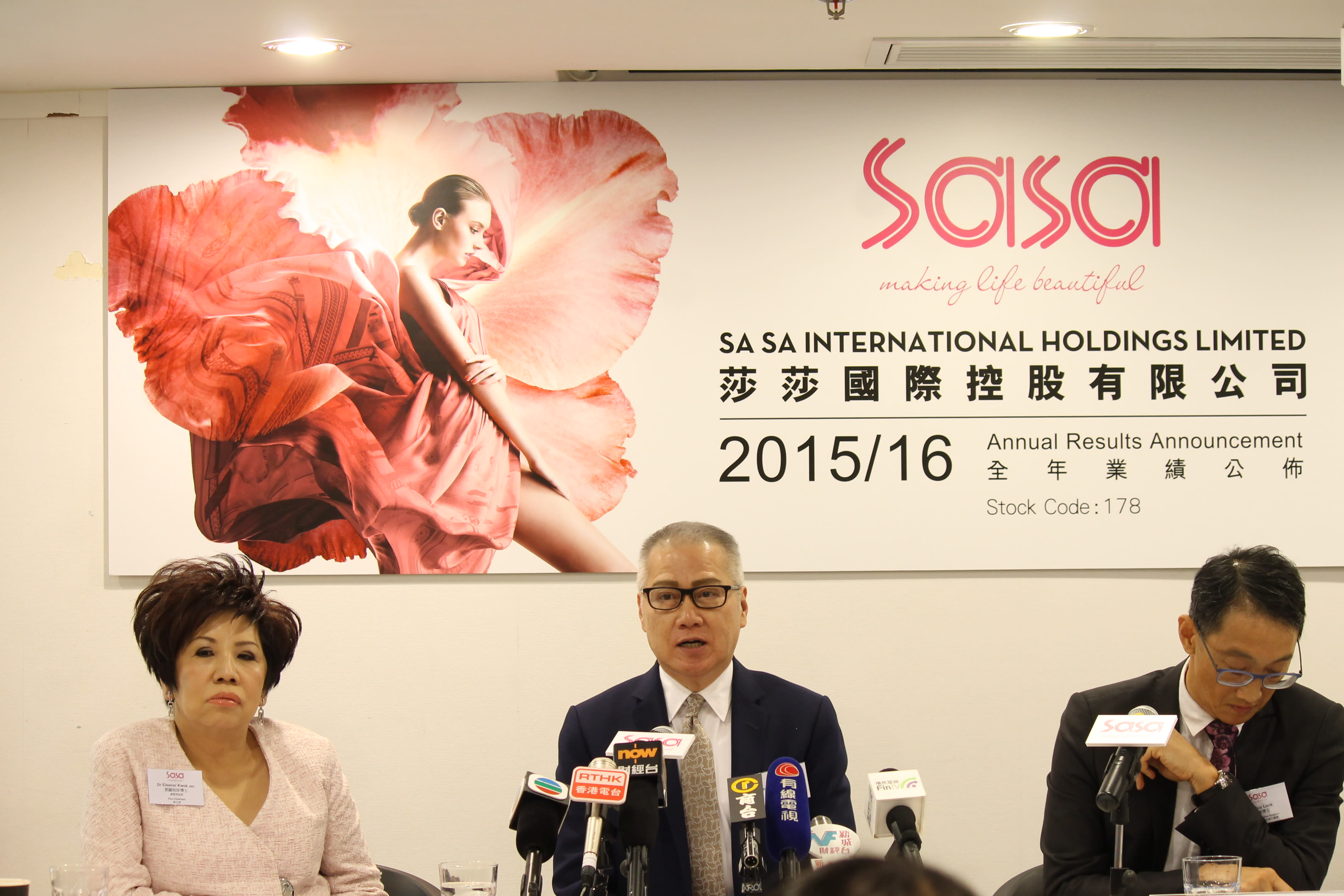 HONG KONG -- With a slowdown in the tourist boom of mainland Chinese visiting Hong Kong, some retailers like Sa Sa International are seeking to reposition their stores to cut business costs and cater to a mass-market local audience.

The strategy for Sa Sa, Hong Kong's largest cosmetics retailer, will be to shut down some of its shops in tourist districts and relocate them to the New Territories area, closer to the border with the mainland. Smaller boutique stores will also be opening in residential malls and train stations to target younger customers.

With floor space of less than 1,000 sq. feet, the so-called "Sa Sa Boutiques" are a far cry from its bigger stores and will only stock the retailer's top 20% bestselling items -- most of which are fast-moving, low-cost cosmetics products made in South Korea and Taiwan.

Chairman Simon Kwok Siu-ming said sales at Sa Sa's four boutique shops have been "satisfactory," adding that the group plans to add three or four more of such outlets to its network of 291 stores spread across Hong Kong, mainland China, Singapore, Malaysia and Taiwan.

The group is also hoping to make aggressive savings on rent from its landlords. "The rental has been so high that closing one store in the tourist district will allow you to open five to six stores in the New Territories," Kwok told reporters on Thursday, adding that, with the local retail market suffering, the group would seek rental reductions of 40-50% for its 22 shops whose leases are due for renewal this year. Sa Sa's new strategies come at a time when a change in the shopping habits of Chinese tourists has taken a heavy toll on Hong Kong retailers. Sa Sa reported a 54% fall in net profit to 838.8 million Hong Kong dollars ($108 million) for the year ending March, in line with its profit warning issued earlier in May. Turnover fell 13% to HK$7.85 billion, driven by a 14% fall in retail sales in Hong Kong and Macau.

Hong Kong's overall retail sales slumped in April for the 14th straight month, dragged down by a dwindling number of mainland Chinese visitors. The combined effects of a wider economic slowdown, currency depreciation and a campaign against corruption have dampened Chinese shoppers' appetite for big purchases in Hong Kong.

April sales of jewelry and watches were among the hardest hit, down 16.6% from a year ago. Meanwhile, sale of cosmetics and medicines were up 1.7%, according to official statistics.

A number of luxury retailers have posted weaker earnings due to the tourism downturn. Luk Fook, Hong Kong's second largest jeweler, reported on Thursday a 40% dive in its full-year net profit. Deputy general manager Shirley Wong Hau-yeung told reporters the group had no plans to lay off workers but would bet on the domestic mainland market to boost revenue growth, with plans to add 50 new shops there.

Chow Tai Fook Jewellery Group, the world's largest publicly-listed jewelry chain, also saw its net profit plunge 46%, the steepest decline since its 2011 listing in Hong Kong. The group said earlier this month it would shut down as many as eight stores in the territory. The "pie of [luxury retail] has shrunk," said chairman Henry Cheng Kar-shun, whose father is the billionaire founder of developer New World Development.

Victims of the shopping slowdown also include fashion players. Luxury retailer Joyce Boutique has closed four shops in Hong Kong and mainland China as earnings dipped into the red for the first time in five years on a "difficult trading environment," the group said on Wednesday.