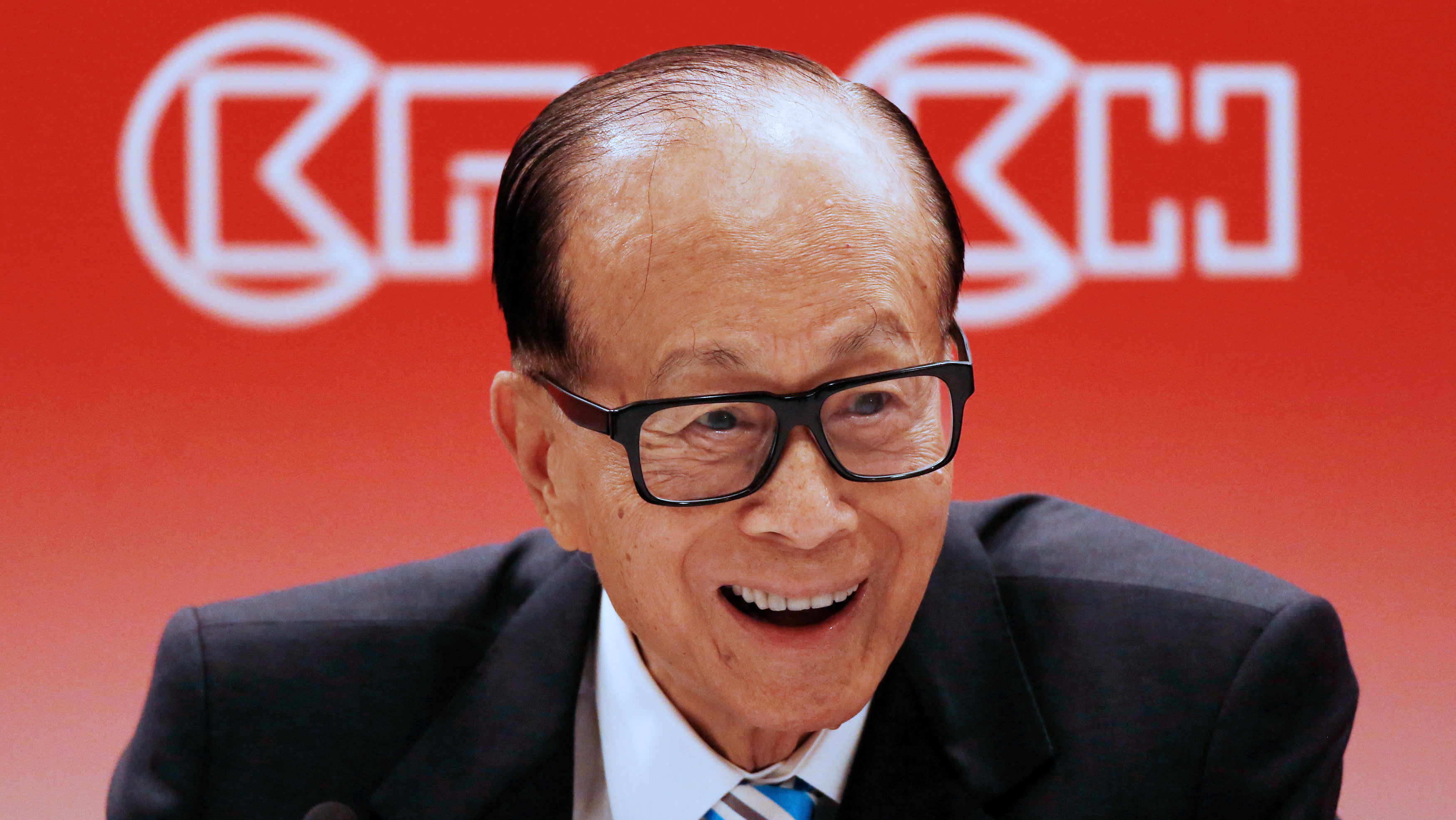 HONG KONG -- Real estate tycoon Li Ka-shing will retire as chairman of CK Hutchison Holdings and CK Asset Holdings in a sign of a sea change in the Asian business world.

Li, who will turn 90 in July and is known as "Hong Kong's superman," announced the decision at an earnings briefing on Friday.

He is ceding his long-held post as chairman of his flagship companies to his elder son, 53-year-old Victor Li Tzar-kuoi. As deputy chairman, Victor Li and has learned the art of empire-building at his father's side.

The tycoon's younger son, Richard Li Tzar-kai, has his own telecommunications and media group PCCW to tend to.

The elder Li will assume a new title as senior adviser to both companies, after an annual general meeting to be held on May 10. He will accept 5,000 Hong Kong dollars ($638) annually from each business, the same amount as his current annual pay as director.

Li is also expected to continue leading the Li Ka-shing Foundation, which engages in charitable activities and supports startups in the education and medical fields.

Long the richest person in Asia, he has ceded that position as China's tech industry takes the lead in wealth generation. He placed fourth among Asians in the 2018 Forbes billionaires ranking released this month, with estimated personal assets of $35 billion, putting him behind Pony Ma Huateng of Tencent Holdings, Jack Ma Yun of Alibaba Group Holding, and Mukesh Ambani of Reliance Industries.

Li's family fled from his birthplace of Chaozhou, Guangdong Province, to Hong Kong during World War II. Li used profits from making plastic flowers to fund a foray into real estate, snapping up properties when the market was down and making a fortune when prices recovered. In 1979, he acquired British conglomerate Hutchison Whampoa, becoming a symbol of Hong Kong's rapid postwar economic development. Former U.K. Prime Minister Margaret Thatcher, right, poses with Li Ka-shing on July 1, 1997, shortly before celebrating Hong Kong's handover to China after more than a century and a half of British colonial rule.   © Reuters

When mainland China embarked on its "reform and opening up" drive in the 1980s and '90s, Li invested aggressively in real estate development there. He forged close ties with top Communist Party officials, including former leaders Deng Xiaoping and Jiang Zemin, though he is said to not be as friendly with current President Xi Jinping.

CK Hutchison has sought to diversify away from China in recent years, unloading mainland and Hong Kong properties while buying telecommunications and infrastructure businesses in such markets as Europe, Canada and Australia. The aim is to ensure stability by shifting the focus away from real estate -- and the political entanglements it often entails -- in favor of closely regulated industries that offer better prospects for steady cash flows.

But this spurred a hail of criticism from Chinese state-run media amid concerns that the property sales, giving Li's stature as an investor, could exacerbate capital flight from China.