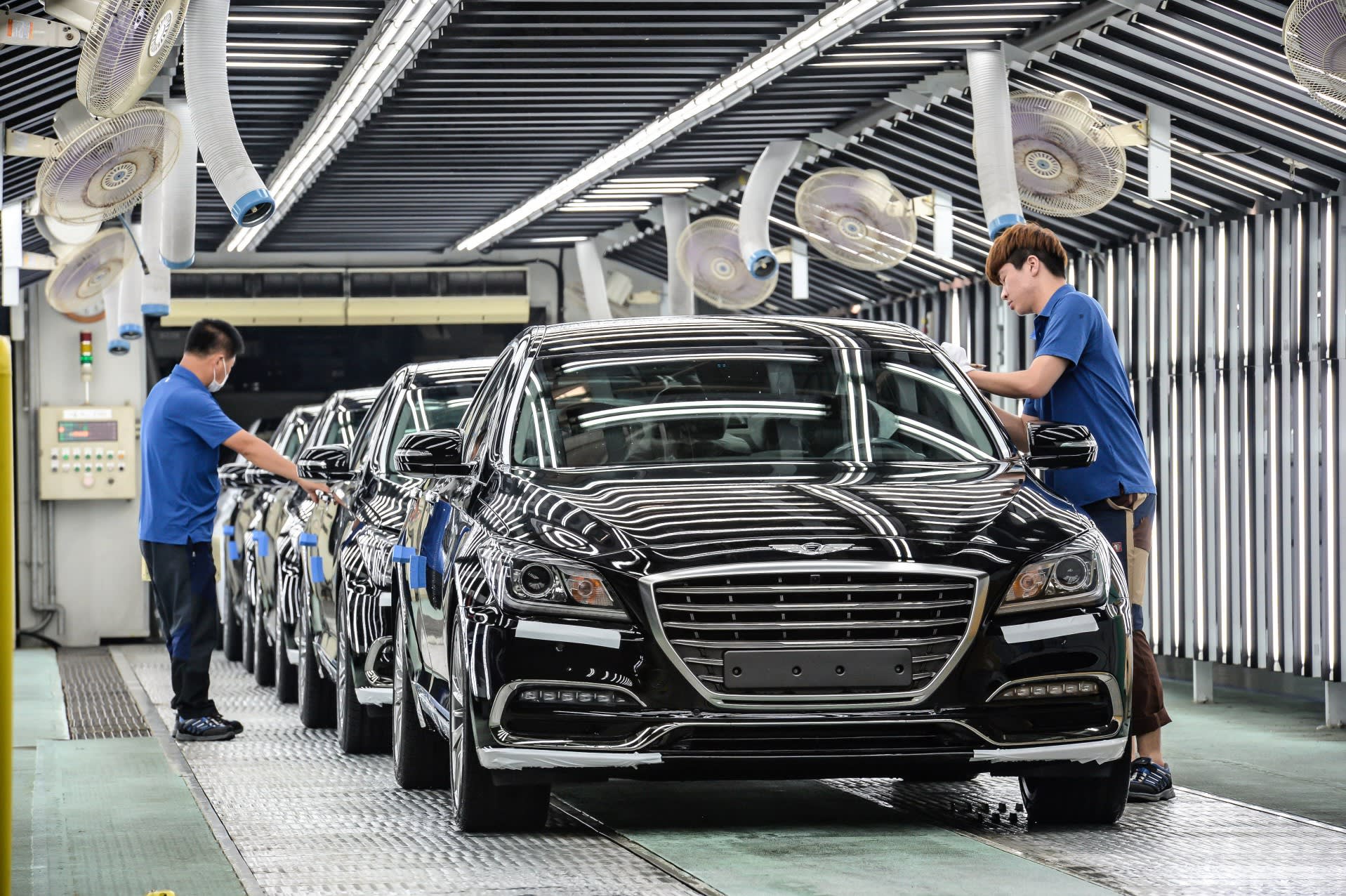 South Korea's Hyundai Motor has endured a boycott in China and the erosion of its price advantage over Japanese rivals.   © (Courtesy of Hyundai Motor)

SEOUL -- Hyundai Motor, reeling from a major dent in Chinese sales this year, now must navigate an obstacle course marked by expectations of a stronger South Korean currency, accusations by contractors of improprieties and a labor strike that threatens to stall a crucial new model.

South Korea's central bank raised its policy rate in late November for the first time in six years, a change likely to strengthen the won next year.

And a weaker yen next year would make Japanese cars more competitive while hindering South Korean autos, Lee Bo-sung, director of Hyundai's Global Business Intelligence Center, predicted during a seminar in Seoul. The director expects an average exchange rate of 978 won per 100 yen in 2018, a nearly 4% softening by Japan's currency compared with this year's average.

Honda Motor's Accord was around 10% more expensive than Hyundai's mainstay Sonata sedan six years ago. But now the gap is negligible, leaving Hyundai likely to struggle in the U.S. and other markets.

At the start of 2017, Hyundai set a global sales target of 8.25 million units that included group unit Kia Motors. But actual volume likely will total around 7.25 million, the group's lowest since 2012, due largely to the Chinese boycott in response to the American deployment of the Terminal High Altitude Area Defense anti-missile system in South Korea.

Hyundai's Chinese sales plunged more than 60% on the year in June, but the decline narrowed to around 10% in October. The average forecast for Hyundai's earnings by 24 analysts pegs 2017 operating profit at 5 trillion won ($4.59 billion), down 3% on the year.

Hyundai also is hamstrung by a labor strike begun this month at a plant in the southeastern city of Ulsan, halting production of the Kona sport utility vehicles rolled out in June. The automaker views the Kona as a global strategic model, and the strike may disrupt plans to export 150,000 of the SUVs to Europe, the U.S. and elsewhere next year to drive a comeback.

Labor strikes are not rare for Hyundai. But employees have adopted a new approach, striking at different times in rotation to keep the factory shut. The return of hard-line union leaders in 2016 has led to deeper rifts between labor and management.

This month also brought accusations from two contractor companies that Hyundai stole their proprietary technologies. The pair, which worked previously for the automaker, have demanded a response from the government of President Moon Jae-in, who during the election campaign called for reform of the country's family-run conglomerates.

Hyundai strongly denies any wrongdoing. It is unusual for such smaller companies to challenge the conglomerate in this manner, and the accusation could erode trust among Hyundai's supplier network.