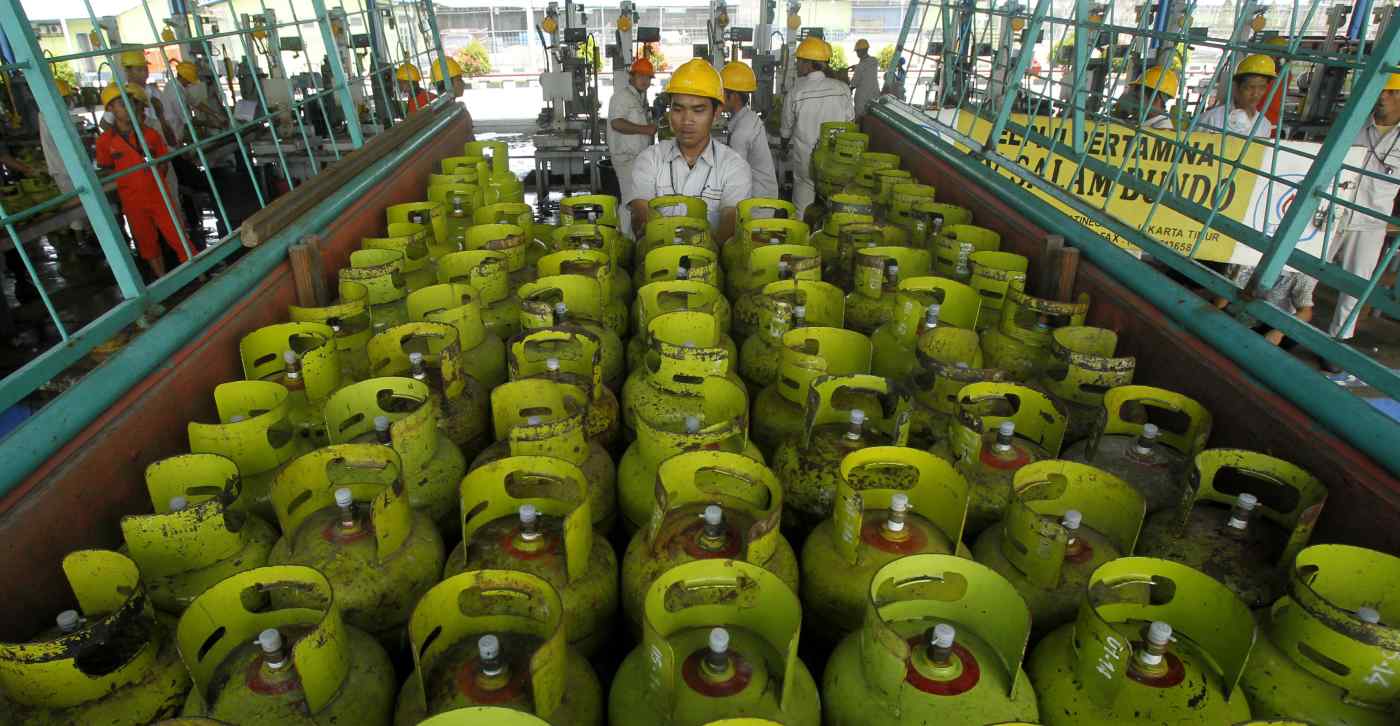 JAKARTA -- Indonesia's state oil conglomerate Pertamina edged closer to a takeover of state-owned gas distributor Perusahaan Gas Negara on Thursday, after the latter held a shareholders' meeting to approve the transfer of the government's 57% stake to Pertamina.

The deal will pave the way for for a long-delayed integration of their gas businesses as Indonesia eyes an expansion of gas infrastructure. Pertamina and PGN reported revenues of $36.49 billion and $2.93 billion respectively for 2016.

This marks another step forward for President Joko Widodo's policy of consolidating the state-owned enterprises to make them larger and more competitive.

The transfer of the government stake in publicly listed PGN is still pending the president's signing of a draft government regulation on the deal and will be officially announced in a Pertamina shareholders' meeting, the schedule of which is not yet disclosed. The whole consolidation process is expected to be completed by the end of March.

Fajar Harry Sampurno, the state enterprise minister's deputy for mining and strategic industries, said a transaction team has been set up to carry out the integration of PGN and Pertamina's gas unit, Pertamina Gas, better known as Pertagas.

"The team will decide whether [the integration] should be done through an acquisition or a merger, how the valuation is, and capital expenditure plans," he told the press after Thursday's shareholders' meeting.

The combined gas businesses will control more than 10,000km of pipelines -- currently still concentrated in Java and Sumatra, two major islands on the western part of Indonesia.

PGN President Jobi Triananda Hasjim said the integration is expected to make PGN and Pertagas' existing operations more effective -- no more overlapping pipelines and others. It is also expected to support the two companies' plans to expand to middle and eastern parts of the country, where gas infrastructure remains largely underdeveloped.

PGN will continue to be listed on the Indonesia Stock Exchange. Its shares have rallied more than 50% since the beginning of the year on hopes that Pertagas will be consolidated under PGN. Pertamina is wholly owned by the government.

Indonesia, once the world's largest liquefied natural gas exporter, has been trying to increase domestic gas consumption -- including by converting the use of oil in households to gas, as well as the development of more gas-fired power plants as opposed to fuel-fired ones. The country's falling oil production has made it heavily reliant on oil imports, and therefore prone to oil price volatility.

But rivalry between PGN and Pertamina, despite both being owned by the government, has hampered the development of pipelines and gas fields.

A merger of PGN and Pertagas was proposed under previous President Susilo Bambang Yudhoyono, but was scrapped ahead of the 2014 presidential election. Widodo has taken a slightly different approach by creating holding companies, averting sensitive issues like layoffs and the scrapping of business units.

The establishment of Pertamina as a holding company for the oil and gas sector is the second round of consolidation by the SOE Ministry, which approved a holding structure for mining companies in November. The government is also seeking to consolidate SOEs in the banking and construction sectors, among others.