JD.com to grow own vegetables in tie-up with Mitsubishi Chemical 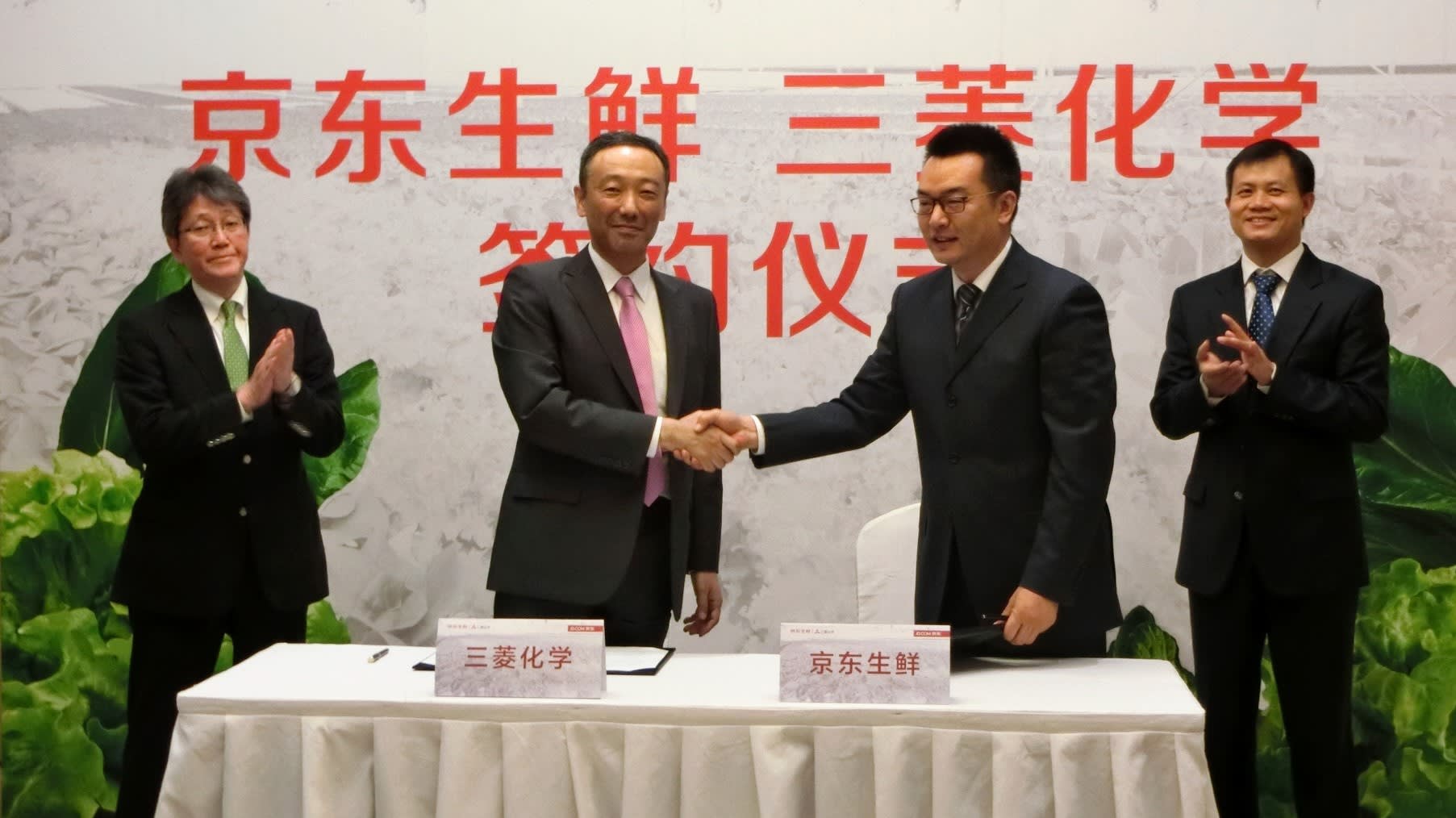 Jingdong, best known for JD.com, will start a vegetable factory in the Tongzhou district of Beijing under a partnership deal agreed on Tuesday. The roughly 10,000-sq.-meter facility, costing about 800 million yen ($7.16 million), will be supplied by Mitsubishi Chemical and is slated to open by next spring. The Japanese group will also provide guidance on everything from selecting the varieties of vegetables to grow to packaging them for delivery, including sanitary control and point-of-origin tracking.

Plans call for producing an annual 300 tons of such vegetables as lettuce and komatsuna, a Japanese spinach-like green. JD.com already sells vegetables, but by growing its own, it seeks to appeal to freshness- and safety-conscious consumers. The Chinese group decided to take charge of its own vegetable supply chain after test-marketing produce in Shanghai grown in a Mitsubishi Chemical-supplied factory.

Jingdong also plans to set up vegetable factories in Shanghai, Guangzhou and other cities.

Mitsubishi Chemical's vegetable factory business entered China in 2014 through a joint venture. Building on its partnership with JD.com, the Japanese group will seek to raise the business' annual sales to 5 billion yen in 2020 from the current 1.5 billion yen.