Largan confirms shipment of lenses with 3-D sensors in 2H Adam Lin, chief executive of Largan Precision, said demand in the second half of this year will be stronger than the first half. (Photo by Cheng Ting-Fang)

TAICHUNG, Taiwan -- Key iPhone camera lens provider Largan Precision on Wednesday confirmed it would ship lenses for 3-D sensing modules in the second half of this year, according to the company's chief executive.

"We will have lenses for 3-D sensing [module used in smartphone] ready to ship in the second half this year," said Adam Lin, Largan's chief executive in a press conference after the company's annual general meeting.

Lin did not specify thatthe lenses for 3-D sensing modules were ordered by Apple. But Jeff Pu, an analyst at Yuanta Investment Consulting, said that the U.S. company would be the only one in the world that would release smartphones with the advanced feature this year. 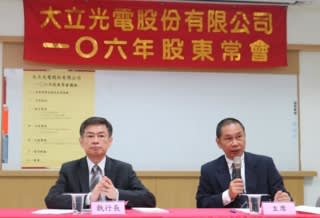 Pu estimated that Largan would supply 90% of rear camera lenses for iPhones, around 50% of 3-D sensing lenses, and up to 30% of the front camera lenses. Taiwanese rival Genius Electronics Optical and Japan's Kantatsu, controlled by Hon Hai Precision Industry, compete for the rest of the iPhone orders.

Largan also dominates, with a 95% share of lenses sold for use in premium phones made by Huawei Technologies, Oppo, and Vivo. Chinese rival Sunny Optical, that mainly provides for mid- to low-end phones, is playing catch-up.

Some market watchers had earlier said that Apple might decide not to adopt 3-D sensing features this year due to quality issues.

Apart from smartphone lenses, Largan is looking for new growth areas such as smart automobiles and advanced driver assistance systems.

"Even though the smart car lens market is a nascent one, and it's not very clear how big it will grow, it's a crucial time to gain penetration rate," Lin said, adding that his company was engaging with international carmakers and tier one suppliers.

Meanwhile, Largan's new $20 billion New Taiwan dollar ($661 million) facility near its headquarters in the central Taiwanese city of Taichung will begin mass production in the second half of 2017.

The Taiwanese company is adding production capacities to avoid losing any market share.

"For the new site, we will add some 4,500 staff, which is nearly double our workforce now ... we need to grow as fast as we can in capacities, qualities, and advanced technologies in order not to allow competitors to gain market share," added Lin.

According to Largan's latest annual report, the company has some 4,280 factory workers. 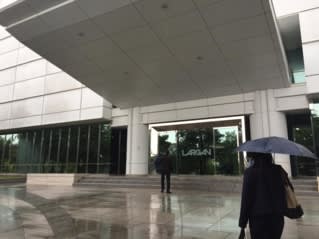 For January-March period, Largan generated NT$10.8billion in revenue, up 31% from a year ago. The company's gross margin reached a record high of 70.9%, thanks to its monopoly in high-end lenses and dual-lenses for premium phones.

"We still see some upside of Largan's margin this year as the company expands output and continue to improve its yield rate," said Yuanta's Pu.

Lin said that his company was investing in the healthcare market and would roll out a new type of electrocardiography product that could help sleep analysis and diagnosis as soon as the end of this year in Taiwan and China.