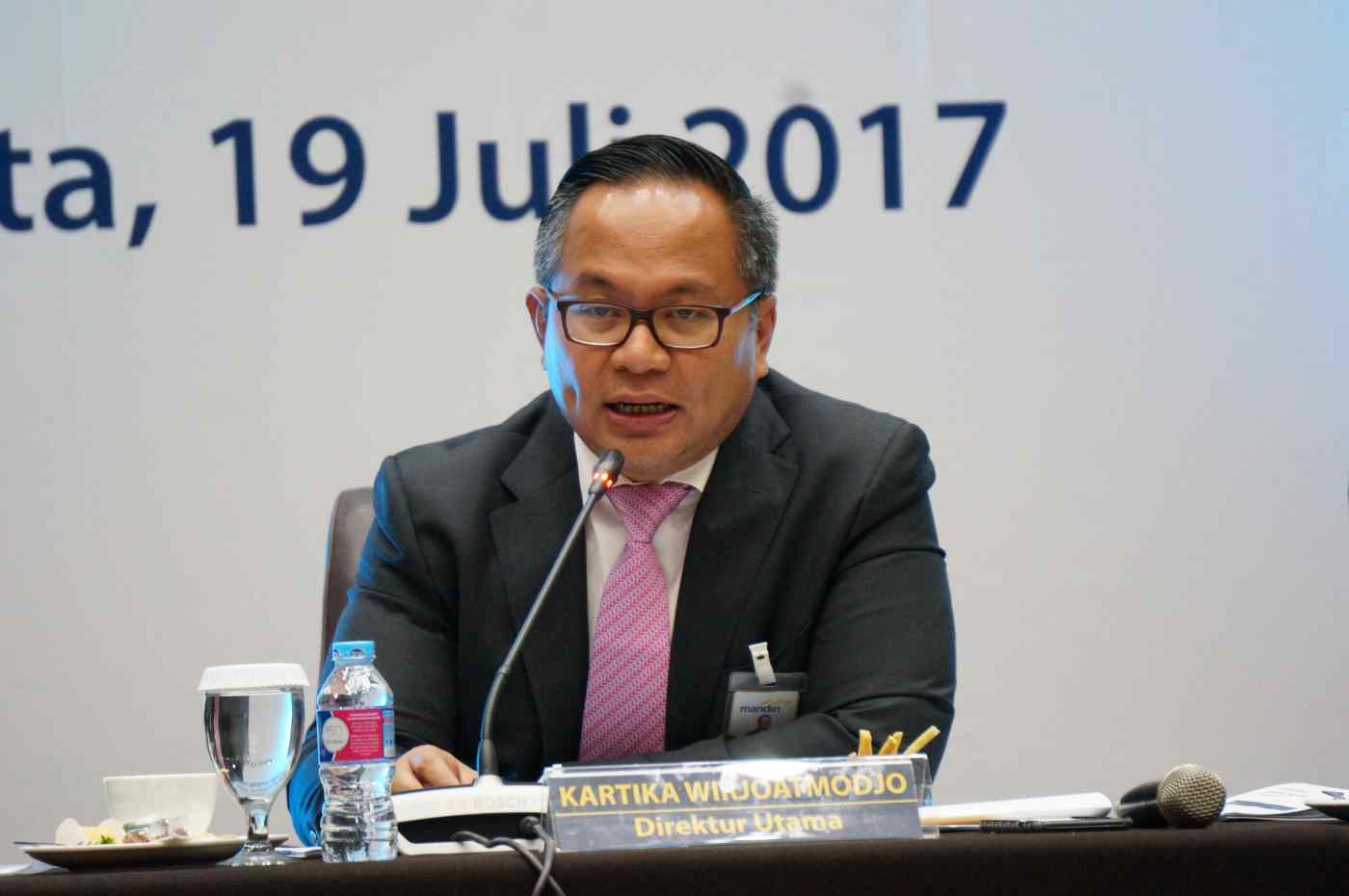 JAKARTA -- Bank Mandiri, Indonesia's largest state-owned lender, on Wednesday said it is seeking to establish a private banking business in Singapore. The move comes amid a global crackdown on tax evasion that has exposed vast Indonesian wealth parked in the city-state.

Indonesia's nine-month tax amnesty program, in which the government allowed citizens to report previously hidden domestic or overseas holdings and pay a small penalty, turned up some 4,900 trillion rupiah ($367.5 billion) in declared assets. In a news conference on Wednesday, Mandiri President Kartika Wirjoatmodjo said around 700 trillion rupiah in declared cash and securities are still parked in overseas banks -- mostly in Singapore.

"It's quite a sizable portion," Wirjoatmodjo said. "We want to capture this market by giving them services in Singapore. We already have a complete range of products."

Indonesia has also pledged to join the Automatic Exchange of Information, a framework developed up by the Organization for Economic Cooperation and Development in which financial regulators will share information about foreign taxpayer accounts. "There will be no more space to place money that cannot be traced by tax authorities," Wirjoatmodjo said, "so there will be a level playing field." He explained that wealthy Indonesians have shunned state-owned banks like Mandiri to avoid scrutiny by authorities.

At the moment, Mandiri can only serve corporate clients in Singapore. In order for the bank to serve wealthy individuals, it needs to be designated a "Qualified ASEAN Bank" by the Monetary Authority of Singapore under a bilateral agreement with Indonesia's Financial Services Authority, according to Wirjoatmodjo. QAB status, a concept developed by Association of Southeast Asian Nations members, enables banks to operate as local lenders in ASEAN markets.

Earlier in July, Mandiri became the first bank to obtain the QAB designation in Malaysia. Talks between Singapore and Indonesia, however, have not been officially announced.

Mandiri is hardly the only bank targeting previously hidden assets. Oversea-Chinese Banking Corp., Singapore's second-largest bank by assets, in May launched private banking operations in Indonesia to cater to high-net-worth Indonesians with assets of more than $1 million.