The company will sell its technologies in areas such as biometrics, artificial intelligence, blockchain, big data and cloud computing to other financial services providers, hospitals and governments to reap stable income from fees, said Jason Yao Bo, chief financial officer, at an investors' event in Shenzhen.

Ping An's new asset-light growth engine could lift shareholder returns, which have been capped by capital and solvency requirements. 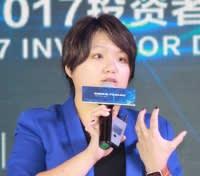 "We charge by volume. It's a pay-as-you-go model," Tan said, comparing OneConnect to a financial leasing platform that capitalizes on interbank transactions.

The service already has been deployed by 400 banks, 20 insurers and 2,000 nonbank financial companies in China. Tan said it could lift return on equity for Chinese banks by 44%.

The move marks the latest pivot by the Shenzhen-based conglomerate toward becoming a full-fledged player in financial technology, a goal that founder and Chairman Peter Ma Mingzhe hopes to achieve in 10 years. The shift also comes amid more stringent capital requirements by China's financial watchdogs as well as preparation for the accounting standard known as IFRS 9, which is more demanding in regards to capital.

Ping An's flagship fintech venture, Lufax, also known as Lu International outside of China, had been valued at $18.5 billion before turning a profit in the first half of 2017. Begun as a peer-to-peer lending platform in 2011, the Shanghai-based unicorn has morphed into a wealth management portal that Ping An looks to spin off in an initial public offering.

Apart from operating as China's second-largest life insurer by premium income, the joint stock company also runs a midtier bank, a trust company, a securities brokerage and an asset manager. The 29-year-old conglomerate listed in both Shenzhen and Hong Kong is worth $198.25 billion.

All unicorns under Ping An could raise their valuations above that of Ping An Bank by being asset-light, Tan said. Such tech-powered subsidiaries include Ping An Puhui, which extends microfinancing to those shunned by commercial banks, and Ping An Good Doctor, which enables real-time medical resources sharing and initial treatment services. Ping An in June 2016 bought local vehicle intelligence provider Autohome, whose market capitalization has risen 2.5 times since the acquisition to hit $7.34 billion.

The company has devoted 1% of annual income to research and development since 1998, plowing roughly 50 billion yuan ($7.54 billion) in the past decade into innovative technologies. The company is hiring 22,000 information technology developers -- up five times from 2013 -- in addition to more than 500 data scientists.