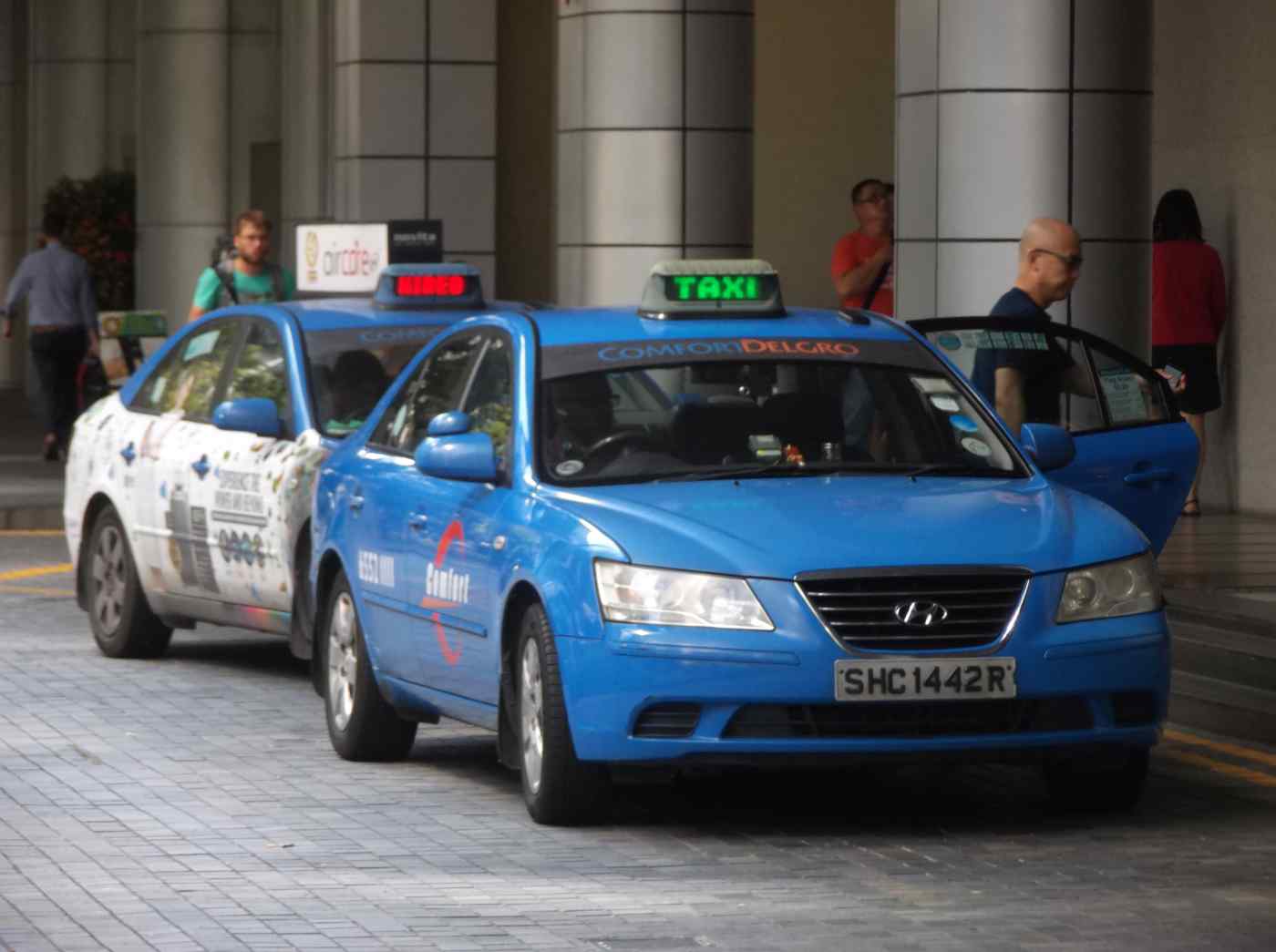 SINGAPORE -- With ride-hailing services hot on its heels, Singapore's largest taxi operator ComfortDelGro is looking overseas for opportunities and also teaming up with Uber Technologies in its home market.

"The intense competition from ride-hailing apps has taken a toll on traditional taxi businesses everywhere," said Yang. "We, too, have not been spared, particularly in Singapore," he told reporters on Tuesday at its financial result briefing. The company's revenue saw a 2.2% decline to S$3.97 billion due to a drop in taxi and automotive engineering services businesses.

Against such a backdrop, ComfortDelGro is moving overseas for growth. On Feb. 5, it said it is acquiring 217 taxi licences and vehicles from Shenyang Tian Wen Taxi for 71.6 million yuan ($11.3 million) to grow its fleet in the northeastern Chinese city. ComfortDelGro is already the largest taxi operator in Shenyang, according to its announcement, and seeks a more dominant position in the city.

In addition, ComfortDelGro announced on Feb. 7 that it has agreed to acquire U.K.-based bus and coach company New Adventure Travel for 13.4 million pounds ($18.6 million). The company is based in South Wales and operates 117 buses and coaches.

Meanwhile, ComfortDelGro has partnered with Uber in its home market since December to widen the revenue base. The partnership allows ComfortDelGro's taxi drivers to receive ride requests on the Uber app.

According to data from Singapore's Land Transport Authority, the number of taxis in Singapore was 23,140 as of the end of 2017, about 4,000 cars (16%) down from a year ago. The Comfort brand and CityCab taxis, both operated by the company, downsized their aggregate fleet by 21% to 13,244 cars, while another major brand Trans-Cab reduced 19% of its fleet to 3,686 cars as a result of the disruption by ride hailing apps.

The number of taxis in the city state peaked in 2014 at 28,736 as of the year-end. The double-digit fall in 2017 was significant compared to 2% and 3% in 2015 and 2016, respectively. By contrast, ride-hailing companies use private hire car fleets that aren't counted as taxis. 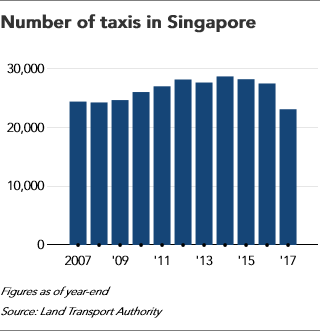 Taxi licenses in Singapore are usually held by taxi operators that must apply to the LTA and there is no formal quota for the number that can be issued.

The decreasing number of taxis in the city also signals a bigger problem among traditional taxi operators, which were unable to "adapt to and control booking systems," said Walter Edgar Theseira, senior lecturer of the School of Business at Singapore University of Social Sciences.

Theseira noted that taxi operators in Singapore were "actually technological pioneers" to employ GPS fleet tracking systems and highly automated call booking systems, but failed to to capitalize on these systems. He added that the operators "leave the problem of matching supply and demand to the taxi drivers themselves."

On Tuesday, ComfortDelGro's Yang also pointed that the taxi ridership has been declining over years, and "it has been hastened by these ride hailing apps."