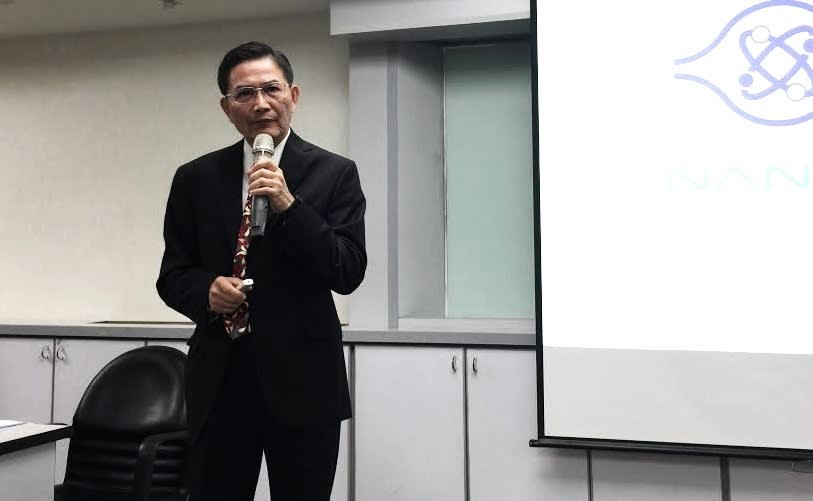 Nanya Technology President Lee Pei-Ing said that dozens of employees had been poached by Chinese rivals. (Photo by Cheng Ting-fang)

TAIPEI -- Taiwan's leading memory chipmaker Nanya Technology on Wednesday said it would give hundreds of engineers a pay rise so as to not lose them to aggressive competitors in China, including Beijing-backed Tsinghua Unigroup and Hefei Chang Xin Network Technology.

"I am concerned about [these Chinese rivals] luring talents from Taiwan with unreasonably high salaries," said President Lee Pei-Ing of Nanya Technology, adding that dozens of employees had left for China recently.

"Chinese companies are talking about 3-5 times their [referring to his employees] original salaries and that's not something we can match. Basically, that's very unfair competition," Lee said.

The executive said to retain the best people, his company would give a substantial salary increase to about 500 key employees. Nanya will also bolster security to protect its technology from being leaked by departing staff, Lee said.

Nanya makes dynamic random-access memory chips, but trails Samsung Electronics and SK Hynix of South Korea and Micron of the U.S. DRAM chips are used in a wide range of applications including servers, PCs and mobile phones.

Both Nanya and Micron's Taiwan office recently lost employees to Chinese rivals, who are building a domestic memory chip industry from scratch with significant help from the state.

Micron has engaged both the Taiwan's Ministry of Justice Investigation Bureau and the Federal Bureau of Investigation in the U.S. to look into possible theft of intellectual property, while Nanya's Lee said his company would also "take legal action against any move to steal information from it."

But Lee also said that it would not be easy for China to catch up in the memory sector quickly.

"By looking into DRAM technology [Chinese companies] cannot get a few people stealing pieces of information here and there and then become very competitive very quickly... Without getting licensing from major players, they will struggle to develop their own technology," Lee said.

Lee added that if no industry leader is willing to license technology to China, it would take at least three to five years for the Asian powerhouse to develop its own memory chips.

But it would only take two to three years for Chinese latecomers to cause major disruption in the market if a major global memory maker does license technology to them, Lee said.

While China is still struggling to find willing foreign partners, a memory maker affiliated with Tsinghua Unigroup recently announced it had started the construction of two facilities in Wuhan and Nanjing.

Tsinghua Unigroup Chairman Zhao Weiguo said in a recent interview with Nikkei Asian Review that his company would need thousands of engineers when it began the first stage of production in 2018.

With no Chinese competition in the short run, Nanya's Lee is expecting positive market conditions as there will be no oversupply this year and the overall demand would be even stronger in the second half of 2017.

Nanya has mainly benefited from rising DRAM prices and tight supply in the market, said Avril Wu, an analyst at research company DRAMeXchange.

Wu said DRAM prices would remain high this year as the market stabilized and major memory chipmakers would not expand output by much this year.

For Taiwan's Powertech Technology, the world's largest memory chip assembler supplying to the likes of Toshiba and Micron, the business outlook this year would also be favorable.

Powertech President J. Y. Hung said the supply for both DRAM and NAND flash memory chips remain tight in the current quarter and remain so for a while.