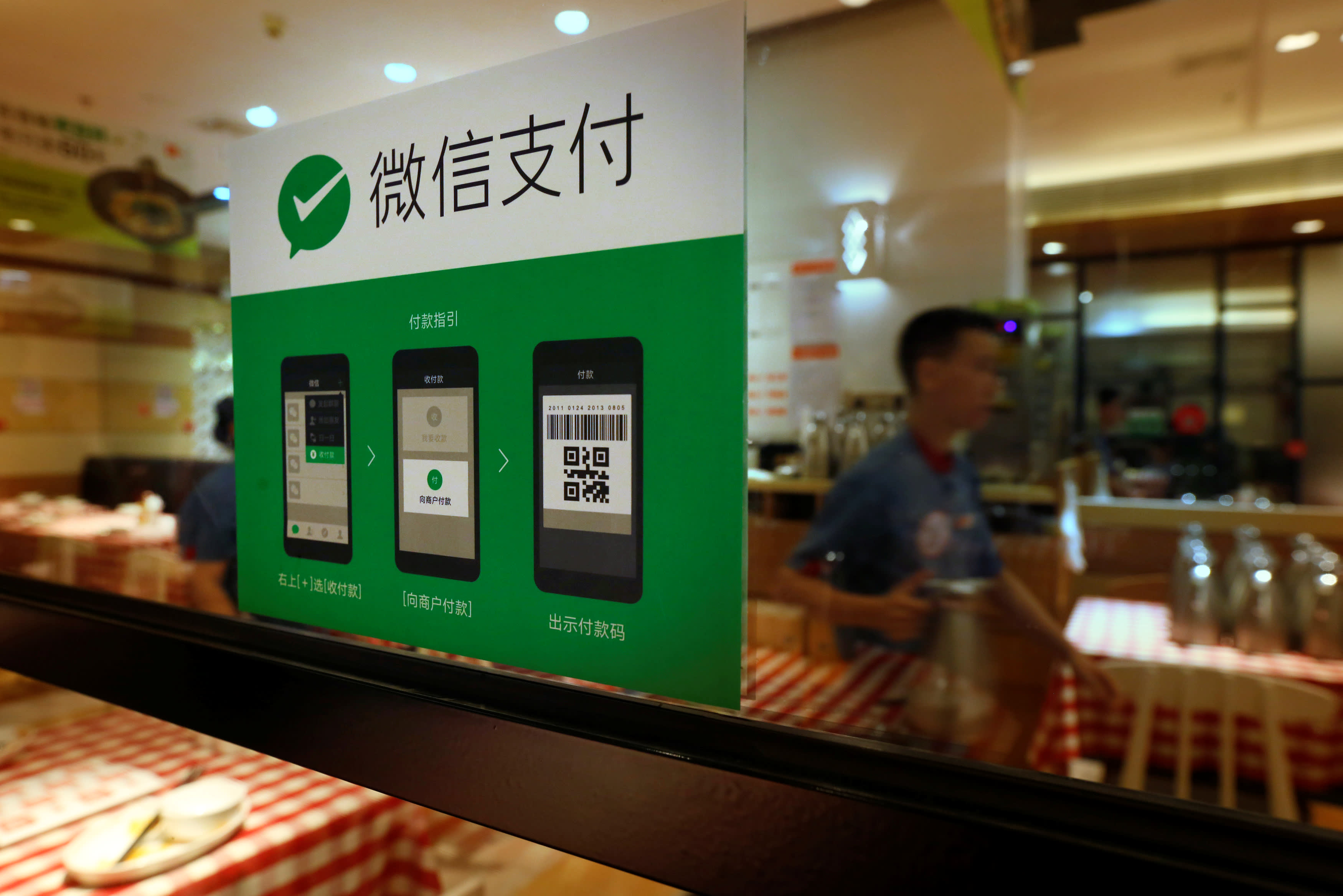 The Shenzhen-based company had 39.8% of the country's third-party mobile-payment market as of the second quarter, which stood at 7.1 trillion yuan for the period, compared with Alipay's 54.5%, according to Chinese internet consultant iResearch. In the same period in 2014, Tencent had 8.9% of the market, while Alipay dominated with 79.9%.

"We are very close, and our growth rate is much faster," Jim Lai Zhiming, head of Tencent Financial Technology Department, said this month at a conference sponsored by CPA Australia in Hong Kong.

Established two years ago, the financial-technology unit was built on Tenpay -- Tencent's payment operator -- and later expanded into wealth-management and securities-trading platforms, as well as technological development in areas such as mobile top-up, blockchain and big-data analytics. It sits under the corporate development group of Tencent -- one of the internet conglomerate's seven core divisions.

Lai said that as of the fourth quarter of 2016, Tencent had already surpassed Alibaba to become the largest payment operator for offline merchants as measured by transaction value, while logging even faster growth in third-party platforms, such as ride-hailing service Didi Chuxing and travel-services company Ctrip.

One reason is the increasing use of WeChat's peer-to-peer money transfer function among small- and medium-size merchants for payment collection. The instant messenger's monthly active user accounts totaled 980 million as of the end of September, of which more than 60% had also activated the affiliated mobile-payment accounts. 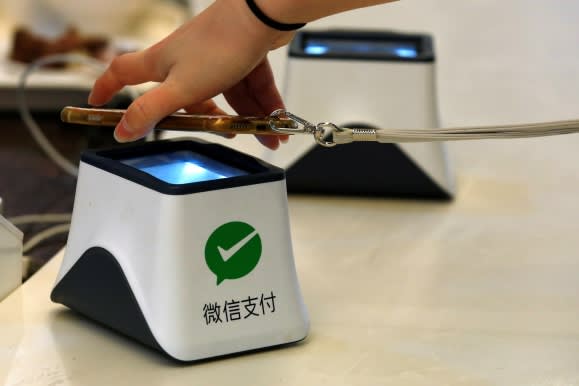 Lai said the user base buildup was powered by Tencent's offering of a virtual red packet, which had its debut in 2014, to tap the Chinese custom among family and friends during the Lunar New Year of giving cash gifts in red envelopes. Since then, its transaction volume had surged, hitting 14 billion yuan on this past Lunar New Year's eve, as its usage was extended to many other holidays, including the Mid-Autumn festival and Valentine's Day.

"We can handle more than 200,000 transactions in one second," said Lai, noting such capability was spurred by the need to facilitate the widespread adoption of virtual red packets. It was also used for building Nets Union Clearing, the central clearing platform administered by China's central bank for online transactions.

Also known as Wang'lian, Nets Union is set to take a bite out of all existing third-party online payment companies, as they are mandated to shift all their transactions to the state-monitored platform by July 2018. That means they can no longer bypass regulators to perform clearing services and own proprietary data collected from users.

Seven units of the People's Bank of China, the central bank, together own 37% of Nets Union, while Tenpay and Alipay each have 9.6%. The government-led disruption will likely hurt the bargaining power of e-payment companies against banks, but also act as a leveler for Tencent, which will then have access to information generated by the entire payment market despite being the lesser player. Such information is deemed relevant to big data analysis.

Tencent is also testing a new wealth-management feature, called Lingqiantong, that works similarly to Alibaba founder Jack Ma Yun's Ant Financial's Yu'e Bao, a fund using deposits stored in Alipay accounts. Yu'e Bao became the world's largest money-market fund in the first quarter of this year, with 1.4 trillion yuan in assets under management as of June, according to Fitch Ratings.

Taking its cue from Yu'e Bao, Lingqiantong will potentially encourage users to keep their money in WeChat Wallet and grow its wealth management platform Licaitong. Launched in January 2014, Licaitong has accumulated over 110 million users with 200 billion yuan in assets under management.

Tencent is also making inroads in the remittance market through its launch in the second quarter of WeRemit in Hong Kong, which has large numbers of Filipino and Indonesian foreign workers. The move followed its investment in Indonesian ride-hailing startup Go-Jek early this year.

"The Filipinos and Indonesians who live and work away from home can now use WeChat Pay HK to enjoy a full range of pay-out options including instant cash pickup, bank deposits to any bank, or mobile wallet wherever they are to support their families in [their] hometown," said EMQ, the Hong Kong-based fintech startup that supports Tencent's WeRemit services.

Hong Kong-listed Tencent, which still earns more than 65% of its revenue from online gaming and other in-app offerings, saw its market valuation closing in on Facebook's last week. Partly buoyed by onshore liquidity that trickles through the stock market links between mainland China and Hong Kong, Tencent's market capitalization reached $510.3 billion on Friday, compared with Alibaba's $486.2 billion.