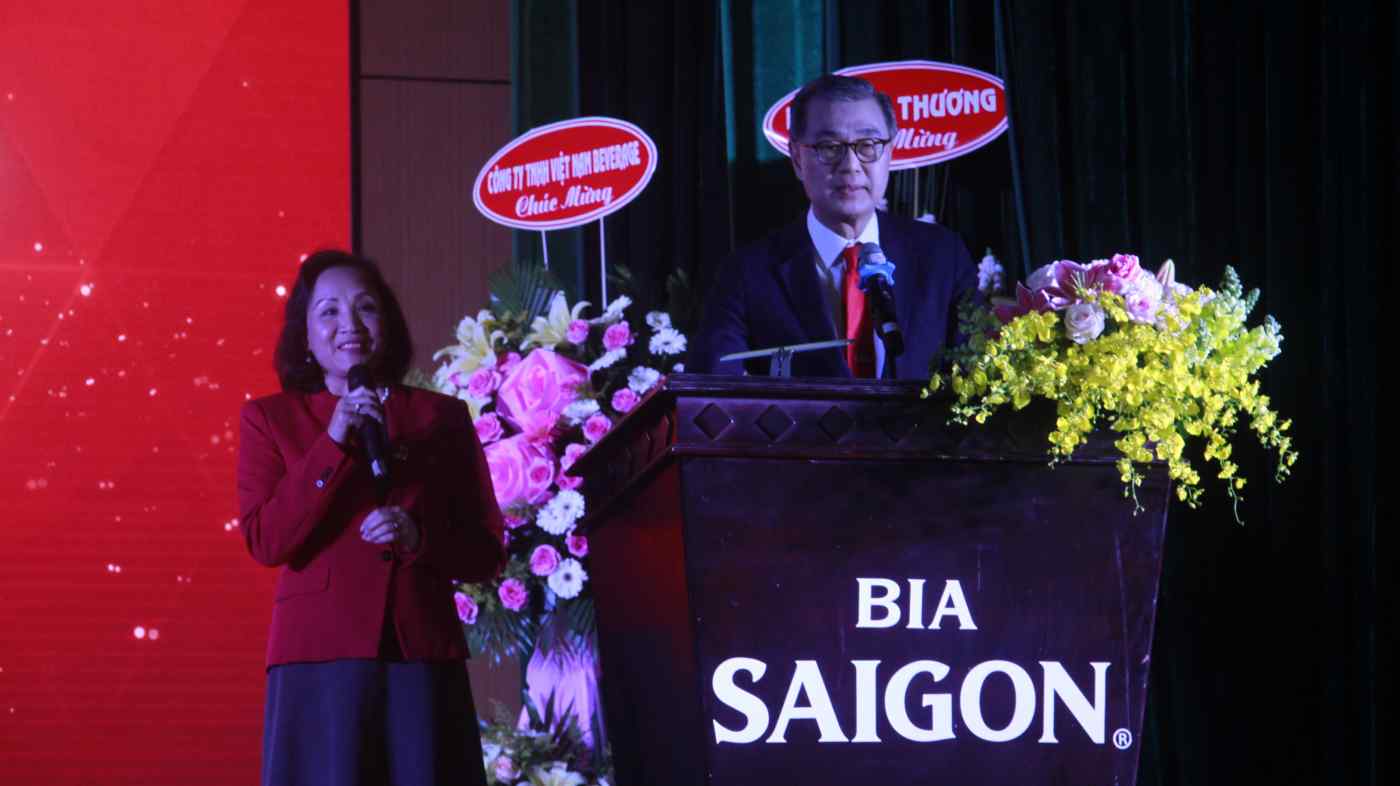 HO CHI MINH CITY -- Vietnam's largest brewer, Sabeco, will aim to grow its share of the home market from around 40% to 50% on the strength of new owner Thai Beverage's retail network, executives from the Thai company said Friday.

ThaiBev is the flagship business of TCC Group, led by Charoen Sirivadhanabhakdi, the self-made billionaire widely regarded as Thailand's king of mergers and acquisitions.

Koh Poh Tiong, chairman of board executive committee of Singapore-based Fraser and Neave, another beverage maker under TCC Group, told the gathering that Sabeco products will be delivered all across Vietnam, leveraging the Thai group's existing retail network of supermarkets and convenience stores.

Koh also said the group's backing will help Sabeco expand beyond beer into such markets as soft drinks and spirits. He also stated his ambition to tap regional markets such as Thailand and Singapore on the back of the group's hotel network.

At the meeting in Ho Chi Minh City, a source from Sabeco told the Nikkei Asian Review that the company will hold its annual general meeting within the next four months to appoint new board members. As ThaiBev now has more than 53% ownership, TCC Group intends to raise its number of board members from four to around 10. New management will be decided.

Before Friday's event, Sabeco launched its Saigon Gold line, marking a further step into a premium segment currently dominated by foreign brands like Sapporo, Heineken, Tiger and Budweiser. At the event, Koh also voiced support for Sabeco's reaching 2 billion liters in output after 2018 and increasing its presence in both domestic and overseas markets.