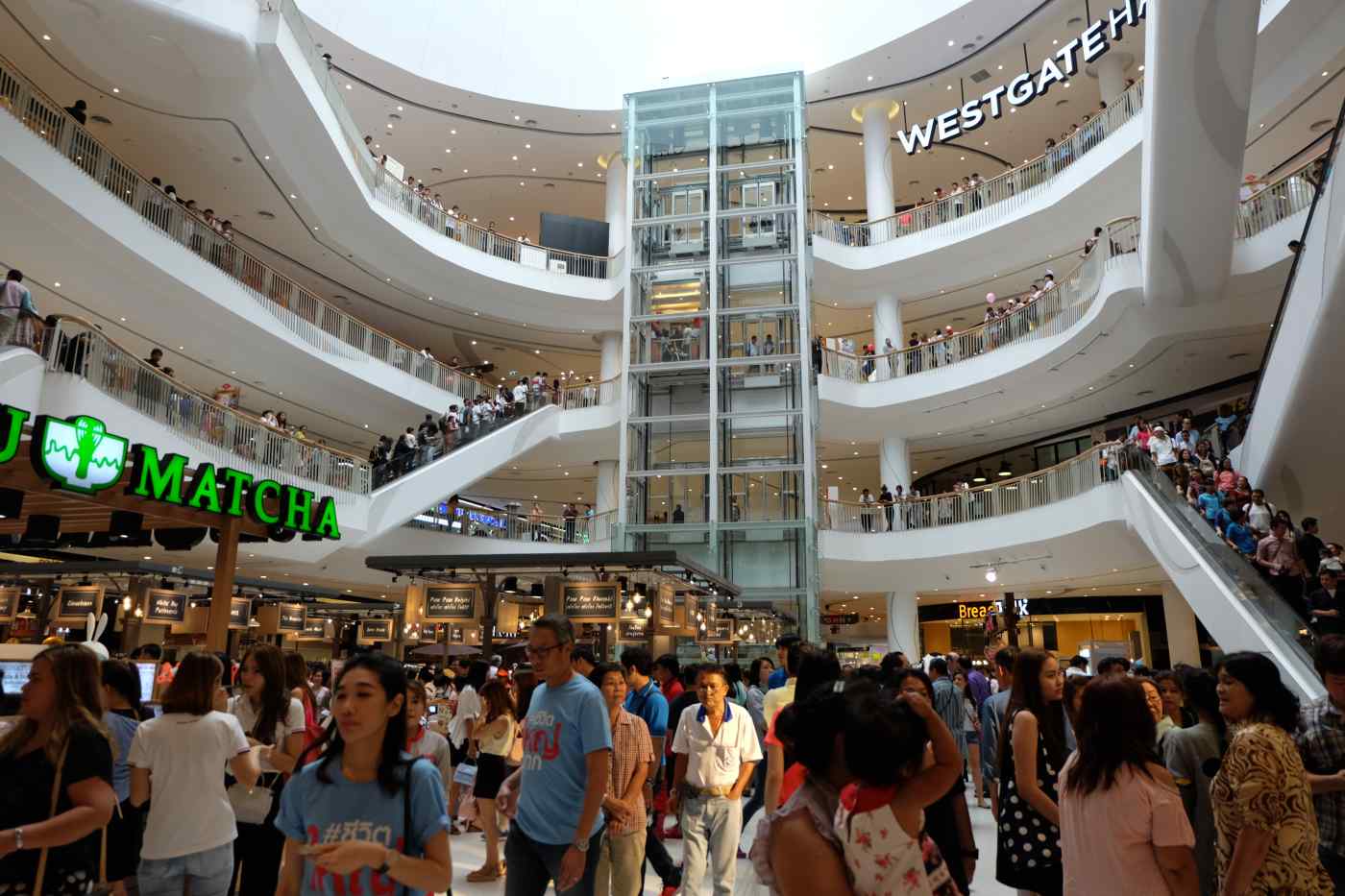 With a gross floor area of 500,000 sq. meters, the mall dwarfs anything nearby, and is one of the largest complexes nationally with 700 shops and restaurants, a fitness club and cineplex.

"This is so exciting," 14-year-old Patjutha Intharapat said, visiting with friends on the way home from school. They were bound for Farm Designs, a Japanese sweetshop.

Patcharasiri Chalalai, a 23-year-old office worker, said she was happy not to trek into shopping malls in the city to buy clothes at H&M. "I wish they would bring in Zara, too," she said.

One of the opening attractions was an exhibition of Doraemon, the Japanese manga character so popular among Thais. Large comic panels with Thai script festooned the walls. After downloading an augmented reality app, visitors could point smartphones and see Doraemon and other characters like Nobita pop up on their screens. A Doraemon exhibition with an augmented reality app entertained comic-loving Thais of all ages.

"I love Doraemon, and I'm happy this exhibition has come so close to home," said Jessuda Jiraphuwanit, 38, who took a day off work to be one of the first ones to post snaps of the exhibition on social media.

The large crowd was rewarded with giveaways and discounts, ice cream and films. Central Pattana, the property development arm of Central, said some 150 million baht ($4.2 million) had been invested in opening events and campaigns to woo customers. A station on the new Purple Line rail link to central Bangkok is expected to open next year.

CentralPlaza WestGate has been built with more distant, brighter horizons in mind, however. A new rail link, the Purple Line, connecting to central Bangkok is expected to open next year, and the mall connects directly to one of its stations. Thailand's second IKEA store will be added to the mall after a few years with direct connections on multiple floors to increase customer flows.