AI gets inside users' minds to gauge emotions, needs 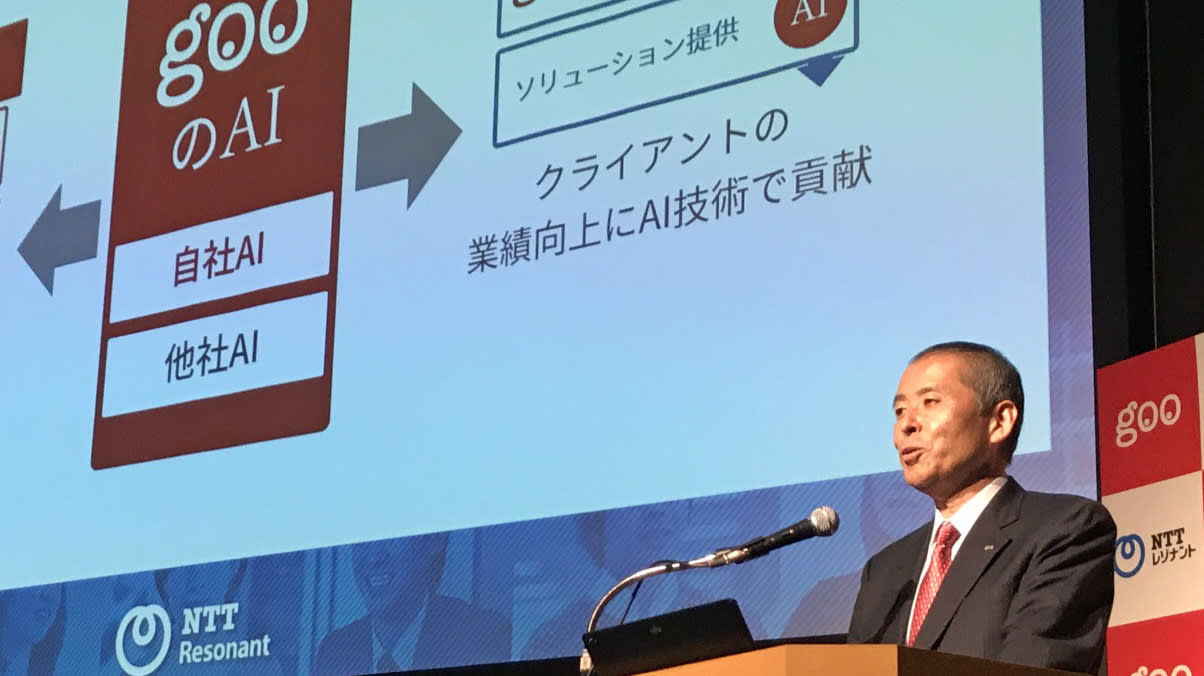 TOKYO -- NTT Resonant, the operator of Japanese portal site goo, has developed artificial intelligence software that can give proactive responses by gauging users' emotions and needs rather than simply responding to their commands.

The Tokyo-based company's gSntk software can be introduced in a wide range of products, including air conditioners and televisions, to add numerous AI-based functions -- as long as they are connected to the internet.

For instance, if the software were incorporated into a smart speaker that can play music in response to voice commands, the device could automatically read the weather forecast and news of the day around the user's usual waking times without the need for commands.

Adopted in residences, the system could send a notification to the parents' smartphones when their children arrive home. If the home is too hot, it can ask whether to turn on an air conditioner.

But gSntk, he said, "can almost 'read the user's mind' and act on its own."

The company has begun a trial, running through December, in which businesses are asked to introduce the software. The usage fee will be decided individually.

Sales of the software will start by the end of fiscal 2017.

When users look for a travel destination, they simply enter their mood into the search box -- such as "I want to visit somewhere special" or "I want to go somewhere I can take my time and relax" -- and the site proposes several locations that it assumes best match the user's needs. There is no need to type in specific locations as keywords.

The company has fostered its AI technology. For one, it developed a technology that is capable of understanding users' emotions based on a database of questions and answers accumulated on the site and automatically presenting responses that are sympathetic to users.

Sales of NTT Resonant's AI-related business remain small as it focuses on research and development. The company will step up the business and expand the services by drawing on parent NTT's AI technology called corevo.