ANA to buy into Vietnam Airlines 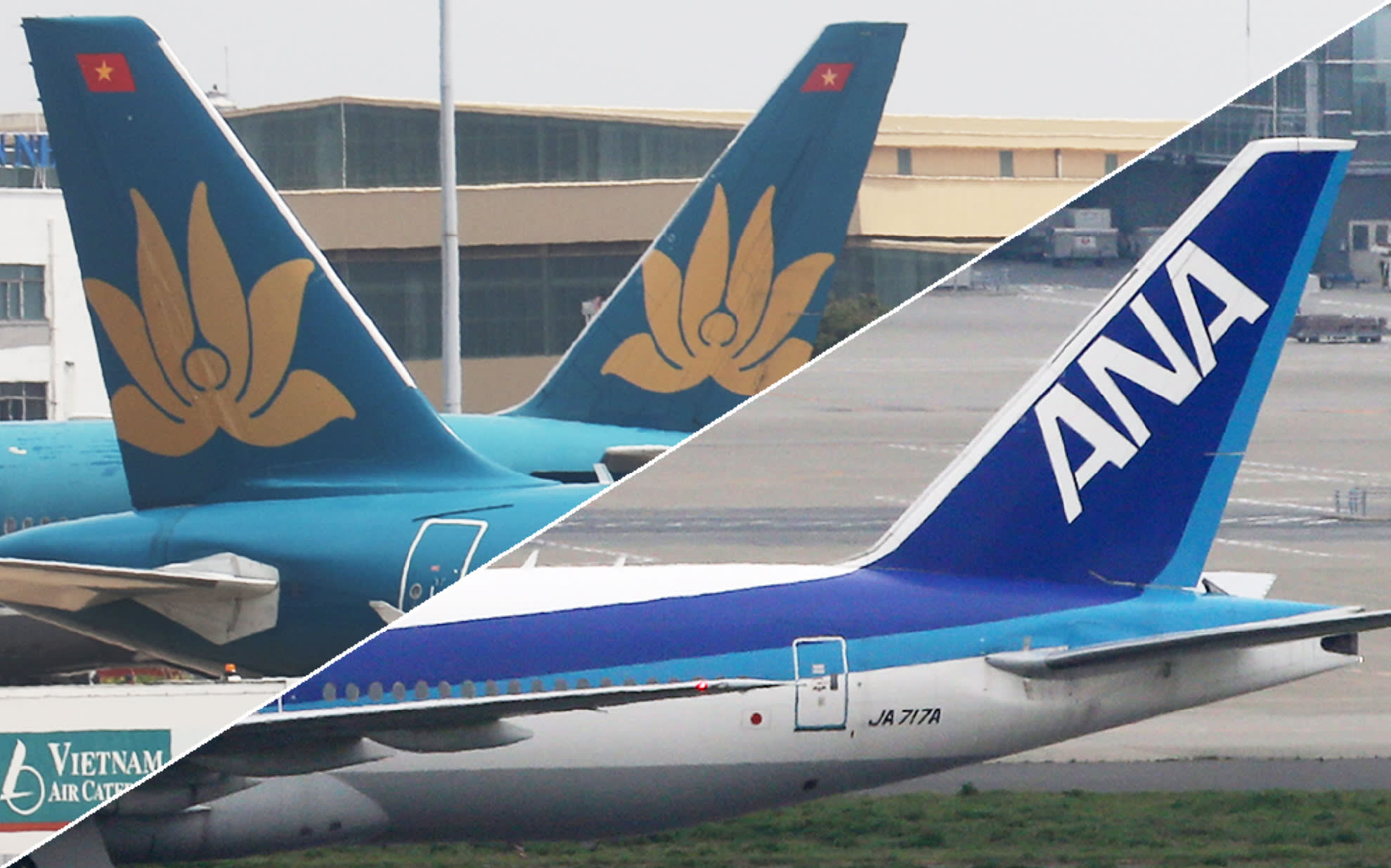 HANOI -- Japan's ANA Holdings will acquire a minority stake in Vietnam Airlines as soon as this summer under a planned partnership that includes a code-sharing arrangement.

The two have reached a basic agreement under which the All Nippon Airways parent will purchase 8.8% of outstanding Vietnam Airlines shares from the government here for around 13 billion yen ($109 million). The Vietnamese carrier is 95% state-owned and the country's largest airline. The partnership will mark ANA's first investment in a foreign flag carrier, as well as the first time Vietnam Airlines receives funds from a foreign company.

They could begin code-sharing and linking their mileage rewards systems as soon as the end of October, pending approval by their respective airline alliances. The first code-share flights are seen covering routes between Japan and Vietnam, as well as core routes within each country. ANA mileage club members could reserve seats and earn miles on Vietnam Airlines flights as they do on ANA flights.

Finding a partner for a capital and business tie-up with Vietnam Airlines has been a key part of the Vietnamese government's efforts to reform its state-owned enterprises. ANA likely was selected for its ability to snare demand for business travel between Vietnam and the Americas and elsewhere via Japan, demand that is likely to surge after the Trans-Pacific Partnership economic pact takes effect. The Japanese carrier's strong customer service is thought to have been a factor as well.

ANA was looking to team with a Vietnamese airline, as visitor traffic from this country to Japan has more than quadrupled in the past five years. Total travel between the countries has grown by around 50% annually for the past three years.

The Vietnamese carrier has a code-share agreement with ANA rival Japan Airlines that is to dissolve when the ANA deal takes effect. Currently, Japan Airlines accounts for 30% of air travel between Japan and Ho Chi Minh City, leaving ANA 10%. Each carrier controls around 20% of the Japan-Hanoi market. But the change in alliances likely will give ANA the upper hand.

ANA and Vietnam Airlines also look to partner on airport check-in, catering for in-flight meals, aircraft maintenance and other tasks, cutting costs by delegating business to one another. The Japanese carrier sees the partnership lifting annual profit by 1 billion yen or more to start.