Capital investment in the region increased 60% in 2016 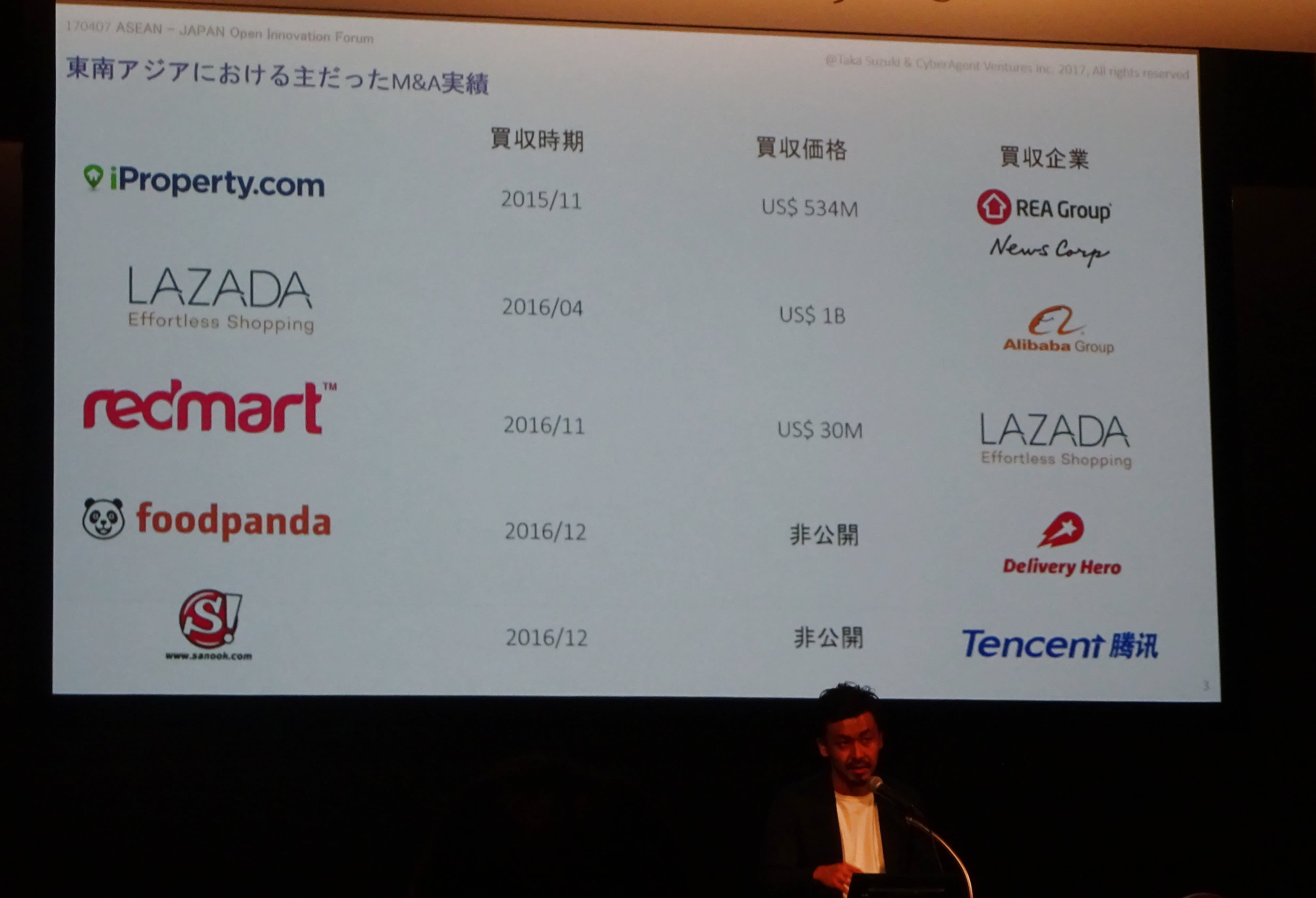 TOKYO -- Venture capital is soaring in Southeast Asia, and that bodes well for the region's startups.

That was the message at the ASEAN-Japan Open Innovation Forum on Friday as speakers, ranging from the founders of startups to venture capitalists and media experts, discussed the trend.

"Risk money is steadily increasing in Southeast Asia," said Takahiro Suzuki, head of CyberAgent Ventures in Jakarta. His company owns a stake in Indonesia's Tokopedia online marketplace. According to data cited by Suzuki, total venture capital investment in Southeast Asia stood at $2.6 billion in 2016, about 60% higher than the previous year.

Suzuki stated that more than 20 companies in the region had each raised $10 million or more in capital since October 2015, including Indonesia's popular ride-hailing app Go-Jek. He noted that startups seeking an exit are also increasing. Global companies, including Chinese tech giants Alibaba Group Holding and Tencent Holdings, are also big investors in the region.

Speakers at the forum said that Southeast Asia is growing fast because emerging economies have different business opportunities than those of developed nations. Lagging economic development and rising social problems are providing opportunities for IT-driven solutions.

For example, since most people don't have bank accounts or credit cards, fin-tech businesses -- including digital money and new payment systems -- could grow rapidly. "Integrating IT into existing industries has proceeded at a faster pace than in Japan," Suzuki said.

The forum, attended by about 700 people, was organized by the Japan External Trade Organization and three other Japanese associations. Its aim was to promote collaboration between ASEAN startups and Japanese companies.

JETRO chairman Hiroyuki Ishige stressed in his opening remarks that technological innovation in new business fields is important for ASEAN's long-term growth. "Japan's previous experience in overcoming problems and the country's technological expertise will help this," he said.