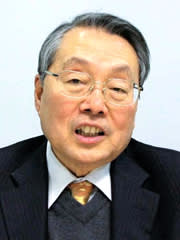 TAIPEI -- Stan Shih is back.

The 69-year-old co-founder of major Taiwanese PC maker Acer retired from the company's management about nine years ago. He returned last November when Chairman and CEO J.T. Wang stepped down because of the company's poor earnings.
Shih co-founded Acer in 1976. He devised an "asset-light" strategy in the early 2000s, under which the company separated production and other divisions. He also promoted a policy of selling large numbers of low-priced PCs. He thereby built the foundation for Acer to hold the second-largest share of the world's PC market for a time.

He stressed he would be replaced as chairman at the general shareholders meeting in June, but said he intends to continue to help rebuild the company's operations as the convener of an in-house reform committee. He said he is not allowed to fail in doing so as the founder.

Some market observers voice concern about his advanced age and the length of time he stayed out of management. It remains to be seen whether he can handle the difficult task of rebuilding the PC business.