TOKYO -- There's a good chance artificial intelligence wouldn't be where it is today without Hiroaki Kitano. A robotics guru, Kitano helped develop the first consumer-use AI robot, Sony's canine-shaped AIBO, which went on sale in Japan in 1999. He later led a national research project working on a series of innovative robots, including the open-source humanoid technology platform Pino, which was designed to enable anyone with a reasonable level of technical prowess to embark on their own humanoid projects. The platform has spawned numerous robotics startups.

In 1997, Kitano started the RoboCup. First held in Japan, the annual event sees robots from around the world compete in a variety of scenarios, including soccer games, disaster rescue and home living assistance. The U.S. Defense Advanced Research Projects Agency borrowed the idea and in 2004 began hosting its own competition, the Robotics Challenge.

These two competitions have been major driving forces for the development of autonomous robots that combine AI, sensory and electromechanical technologies. Robots used in rescue operations in the aftermath of the 9/11 terrorist attack in New York in 2001 were updated versions of a competitor at RoboCup, and researchers who competed in the DARPA challenge later joined Google to lead its self-driving car development project. The prototype of Nao, a humanoid robot developed by France's Aldebaran Robotics, was used as one of the standard platforms in the RoboCup competition.

Kitano, who is now president and CEO of Sony Computer Science Laboratories, recently spoke with the Nikkei Asian Review about recent developments in AI robots capable of cohabitating and collaborating with humans. 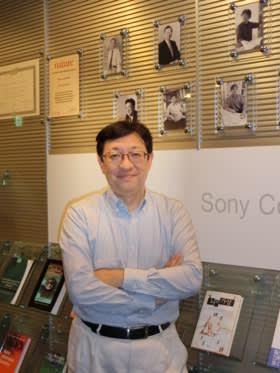 Q: How significant is Pepper in the history of robot development?

A: Because Pepper's designers sidestepped the problem of bipedal walking, which is the biggest challenge in terms of technology and costs, the robot is affordable. It costs around 200,000 yen ($1,650), about the same as personal computers did when they first hit the market. Families or small businesses can buy it without breaking the bank.

In a sense, Pepper is very similar to the Apple Watch. Both have raised expectations and generated a lot of buzz since they were unveiled. Their success will depend on future applications. Both provide platforms that encourage the development of apps under an open system. They have yet to be broadly accepted by consumers, but they could rapidly come into wide use if quality, useful apps emerge.

AIBO, the robot I helped develop, reached the market in 1999. It was the first autonomous robot for home use. It was designed for entertainment, not to perform practical functions, but people enjoyed interacting with it. The robot developed its gestures in different ways depending on how it communicated with its owner. People became attached to their AIBO as they watched it grow. Seeing how consumers dealt with AIBO, I felt people were more empathetic than I had imagined. 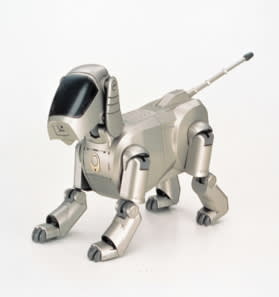 Designing home-use robots is difficult. An early prototype of AIBO had six legs and looked like an insect, which made it difficult to empathize with. A later prototype had four legs and was covered with artificial fur. It looked too similar to a real dog, however, and I was worried that people would become too attached to a robot if it closely resembled a person or a pet. So we adopted a design that could clearly be recognized as a robot, since such a design elicits a moderate amount of empathy. In that sense, Pepper is well-designed and has the prerequisites for being accepted in society.

Q: Will robots be widely accepted into homes?

A: As a robot with a specific function, the Roomba from iRobot is already used widely in homes. In addition to vacuuming, which is what the Roomba does, robots will be able to handle other types of housework, such as washing and cooking. The question, however, is cost.

Also, since humans desire interaction, the number of robots designed to communicate with people will increase. From a technological standpoint, robots capable of doing housework for people and holding simple conversations with them will reach the market in a handful of years. About 10 years after that, the cost of the technology will have fallen enough to make such home-use robots widely available.

However, robots designed to communicate with people will garner user empathy, so businesses handling them will have to make sure they last for a long time. I estimate it will take 20-30 years for robots to be able to carry on natural conversations, because further breakthroughs in artificial intelligence are needed.

Q: What about concerns of AI and humanoid robots becoming a threat to humans?

A: What to do when AI has exceeded human abilities was a major topic of discussion at a recent international conference in Argentina. For example, if automobiles driven by AI cause fewer accidents than those driven by humans, then automated driving should be developed to reduce traffic accidents.

To the frequently raised question of what to do if AI makes an error, I would reply that the technology should continue to be improved. Robots are liable to malfunction when their systems are out of order. How to deal with this problem as a society should be discussed. At the conference, one participant offered an opinion to this effect: If weapons controlled by AI are more accurate than those handled by humans, there will be fewer civilian casualties and deaths from friendly fire. This would be ethically more desirable than deploying people, who may make mistakes on the battlefield.

The automatic piloting of aircraft is the result of a long battle to overcome human error. Similarly, technology for self-driving cars also incorporates AI developed to eliminate accidents due to human error. We can already see a world where AI will be able to perform many tasks much more accurately than people. In the future, dealing with people who want to use AI for malicious purposes will be a much bigger problem than dealing with errors in the technology. Some people may get behind the wheel with the intention to injure others. By further developing AI-based self-driving cars, we can reduce such malicious acts. That is the stage we are at.

Q: How will the use of robots progress in industry? Will it create problems for the job market?

A: At a meeting of an artificial intelligence society in January, I heard that the global horse population began decreasing with the appearance of cars. The introduction of robots is certain to progress not only in the manufacturing industry but also in the service sector. This will result in the loss of some jobs, but this should not be blamed on robots alone. The Industrial Revolution and the information technology revolution eliminated certain types of work, but they also generated different types. Such changes to the job market can occur at any time. It is a problem related to economic growth, and also to government policy.

Since robots will generally have higher productivity, how countries use them will substantially influence their economies. With Japan's population continuing to decrease, robots will be the key to realizing sustainable growth. We should think harder about the use of robots. If we consider using intelligent robots to make up for the labor lost as the population declines, we will be able to estimate the number of high-performance robots needed.

Q: What do universities and companies need to do to facilitate the development of robots and AI?

A: IT companies, including Internet-related ones, have systems under which their founders invest in startups to produce next-generation founders. Such systems also exist in robotics and AI. Google of the U.S. and other Internet service companies have invested in these fields. We will see whether the startups that received investment will be successful and able to invest in the next generation of entrepreneurs. We are at a crucial juncture.