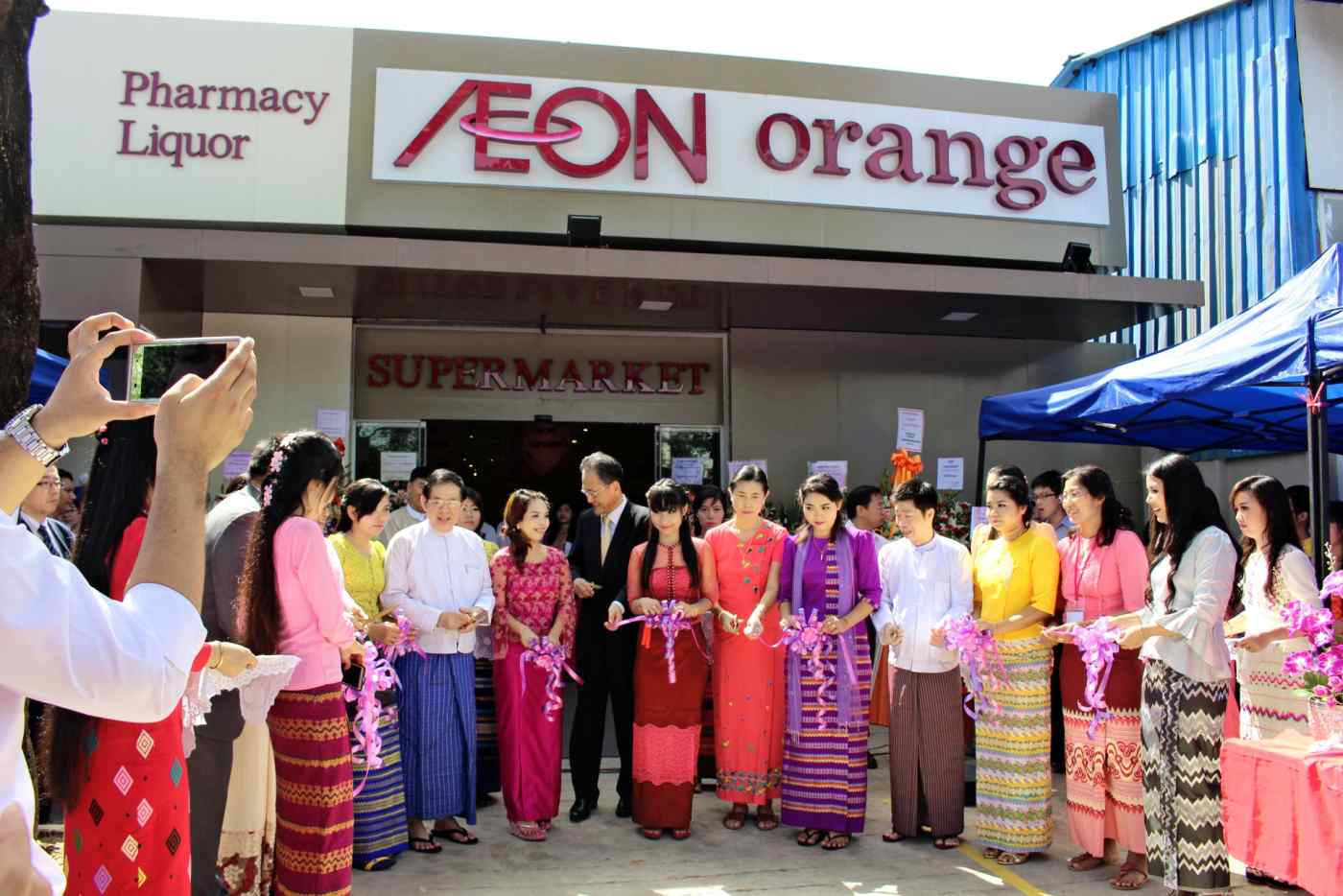 YANGON -- Japanese supermarket giant Aeon has become the first foreign retailer to enter Myanmar since the 2011 transition to civilian rule, a development that could herald change in a retail industry still dominated by traditional markets.

Aeon signage, a familiar sight to Japanese consumers, made its Myanmar debut Friday in a largely middle-class area along a major road in Yangon's North Okkalapa district. The store packs some 8,000 products into a relatively compact 613 sq. meters of sales-floor space. The lineup includes about 80 items imported from Japan, including selections from Aeon's Topvalu private brand. About 70% of the products are imported from Thailand or elsewhere, with the remaining 30%, mainly fresh foods, coming from Myanmar.