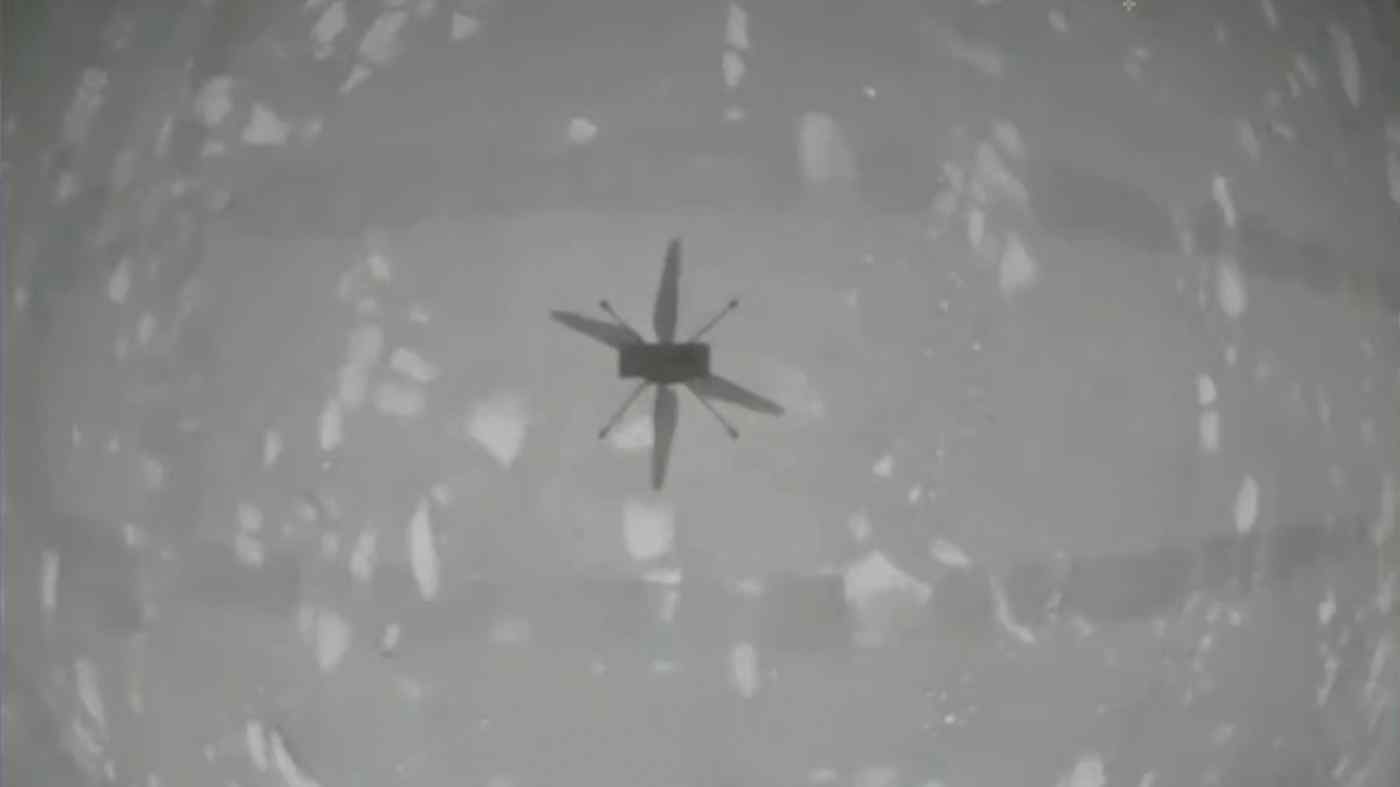 NASA scored a 21st-century Wright Brothers moment on Monday as it sent its miniature robot helicopter Ingenuity buzzing above the surface of Mars for nearly 40 seconds, marking the first powered controlled flight of an aircraft on another planet.

Officials at the U.S. space agency hailed the brief flight of the 4-pound (1.8-kg) rotorcraft as an achievement that would help pave the way for a new mode of aerial exploration on Mars and other destinations in the solar system, such as Venus and Saturn's moon Titan.

The debut flight of Ingenuity, resembling a large metallic tissue box with four legs and a twin-rotor parasol, was documented in full-color video by cameras aboard the science rover vehicle Perseverance, which carried the helicopter to the Red Planet two months ago.

"We can now say that human beings have flown an aircraft on another planet," said MiMi Aung, Ingenuity project manager at JPL, during a NASA livestream of the flight confirmation. 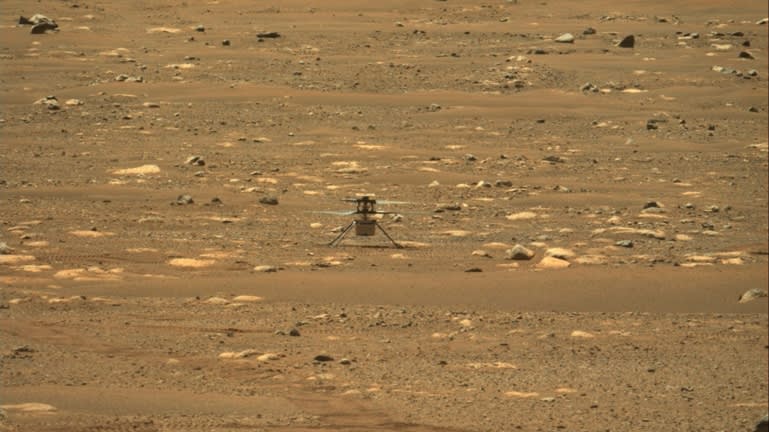 This 1.8-kg rotorcraft has helped pave the way for a new mode of aerial exploration on Mars and other celestial bodies. (NASA/JPL-Caltech/ASU/Handout via Reuters)

Altimeter readings from the rotorcraft showed it became airborne at 3:34 a.m. EDT (0734 GMT), climbed as programmed to a height of 10 feet (3 meters), then hovered steadily in place over the Martian surface for half a minute while pivoting 96 degrees before making a firm but safe touchdown, NASA said.

"That's what we told Ingenuity to do, and it did exactly that," Havard Grip, Ingenuity's chief pilot at JPL, told a post-flight briefing. He called the flight "flawless."

NASA likened the achievement to the Wright Brothers' first controlled flight of their motor-driven airplane near Kitty Hawk, North Carolina, in December 1903 - a takeoff and landing that covered just 120 feet (37 meters) in 12 seconds.

"This is really a Wright brothers moment," acting NASA chief Steve Jurczyk said at the briefing.

Early images included a black-and-white still photo taken by a downward-pointing onboard camera while the helicopter was aloft, showing the distinct shadow cast by Ingenuity in the Martian sunlight onto the ground below it.

A separate camera mounted on Perseverance, parked about 200 feet away, captured video of the rotorcraft's entire flight against the butterscotch-colored landscape surrounding it.

Despite the flight's brevity and less-than-soaring altitude, it marked a historic feat in interplanetary aviation, taking place on an "air field" 173 million miles from Earth on the floor of a vast Martian basin called Jezero Crater.

In honor of the modest but monumental first human flight 117 years ago at Kitty Hawk, NASA officially designated Ingenuity's flight zone as Wright Brothers Field, a location recognized by the International Civil Aviation Organization in a certificate issued to NASA for the occasion.

NASA also paid tribute to the Wrights by affixing a tiny swatch of wing fabric from their original flyer under Ingenuity's solar panel before sending it off to Mars.

The tiny rotorcraft hitched a ride to the Red Planet strapped to the belly of Perseverance, a six-wheeled astrobiology lab that landed in Jezero Crater on Feb. 18 after a nearly seven-month journey through space. But NASA officials were less than sentimental about the fate facing their beloved Martian whirligig. JPL plans to press the aircraft to its brink with four more flights going farther, faster and higher over the next two weeks, they said. The first is targeted for Thursday.

"We will be pushing the envelope," Aung said. "And ultimately we expect the helicopter will meet its limits."

Ingenuity was developed as a technology demonstration, separate from Perseverance's primary mission to search for traces of ancient microorganisms and collect Martian rock samples. That mission will continue after Ingenuity's demise.

Building a helicopter to fly on Mars was tall order for JPL.

While Mars possesses much less gravity to overcome than Earth, its atmosphere is just 1% as dense, making it especially difficult to generate aerodynamic lift. To compensate, engineers equipped Ingenuity with rotor blades that are larger (4 feet long) and spin far more rapidly than would be needed on Earth.

The design was successfully tested in vacuum chambers simulating Martian conditions, but the concept remain unproved until Ingenuity took flight Monday on the fourth planet from the sun.

Because of the enormous distances involved, Ingenuity was designed to execute preprogrammed flight instructions autonomously, using advanced onboard pilot and navigation systems.

The first flight was delayed a week by a technical glitch, but NASA resolved the issue by transmitting additional flight sequence commands last week.