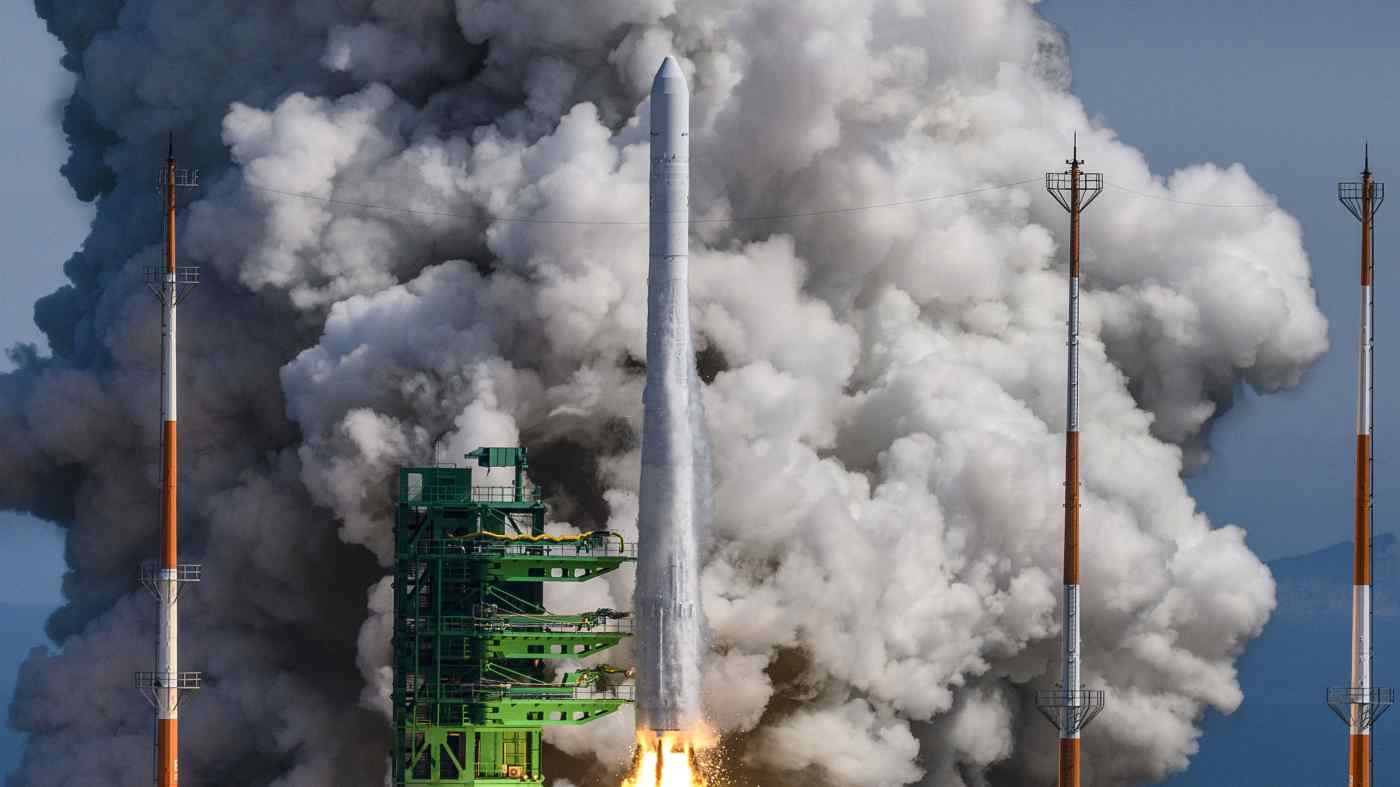 SEOUL -- South Korea on Tuesday successfully fired its first domestically developed rocket into space as part of the country's aim to establish an independent space program.

The three-stage Nuri rocket was fired at 4 p.m. from the Naro Space Center on the southern island of Oenarodo, flying for 16 minutes to put a 1.5-ton test satellite into orbit. Nuri was initially scheduled to launch last week but was delayed because of a technical issue.