Asia tries to find its niche amid SpaceX dominance 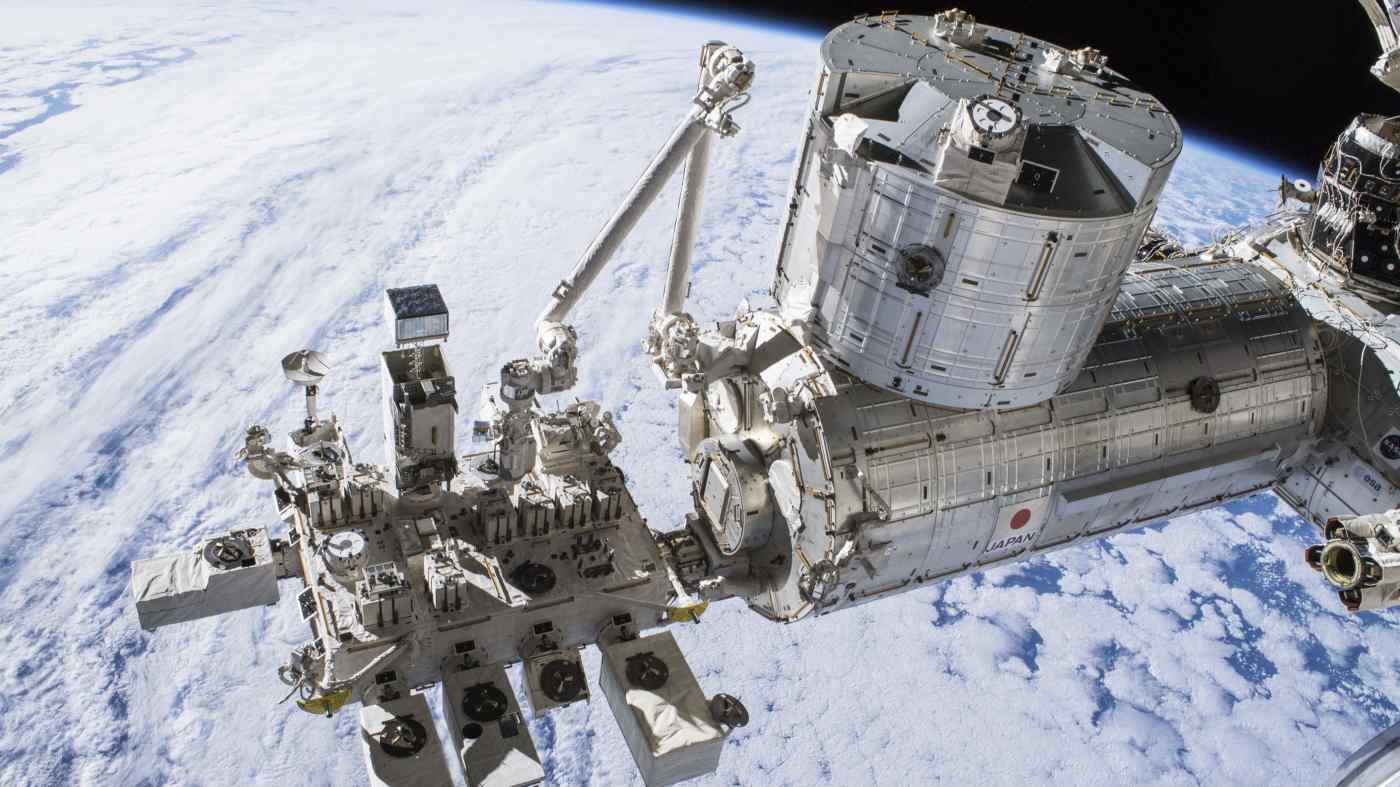 TOKYO -- As SpaceX and other U.S. startups ignite a space boom, companies in Asia are searching for their own niches in what is expected to grow into a $1 trillion market.

SpaceBD, a Tokyo-based rocket ride-share booking service established in 2017, appears to have found its niche in Australia and Taiwan.

Last month, SpaceBD helped two communications satellites from Australian universities find their way to the International Space Station by arranging a ride aboard a Falcon 9 rocket. From their current perch, the satellites will eventually be released into space.

SpaceBD leases available slots in large rockets like Japan's H3 to small satellite operators. The H3 is due to go into service sometime next fiscal year.

The booking service also arranges for satellites to be released from Kibo, the International Space Station's science module.

SpaceBD faces much bigger rivals, such as Spaceflight of the U.S., which is owned by a pair of Japanese companies including Mitsui & Co. and is therefore exploring markets like Australia and Taiwan as well as other business lines such as space education. In Taiwan, SpaceBD is working with the island's space agency, the National Space Organization, to launch an observation satellite from the International Space Station. The small satellite being developed with the University of Tokyo is for earth observation and disaster monitoring. "Taiwan is keen to have its own space capability," Kanazawa said. Space aboard a Falcon 9 Rocket can be booked through SpaceBD, one of the many startups that are intensifying competition in the space industry.   © Getty Images

In March, SpaceBD helped Myanmar release its first satellite from the International Space Station. The satellite was for earth observation and was developed with two Japanese universities. The launch was marred by global outcries over the military usurping power in that country a month before.

These partnerships are intended to address the key challenge facing new spacefaring nations: the lack of a large domestic market. In most countries, government contracts are too small to sustain commercial space activity. If the space industry is to grow in these places, it has to explore overseas markets.

With space businesses competing across borders, a winner-take-all dynamic is emerging in launch services and other segments, according to Shigeki Kuzuoka, who runs the Satellite Business Network space consultancy.

The number of satellites launched in 2020 jumped 160% from the previous year to 1,282, according to data from BryceTech, a global space consultancy. Three-quarters of the launches were carried out by two satellite constellation operators, SpaceX's Starlink and OneWeb.

Despite the tough competitive environment, companies are striving to stay in the game, betting that commercial space will one day become a major industry. Morgan Stanley predicts that the space industry will be a market worth more than $1 trillion by 2040, up from $350 billion. SpaceX alone has created nearly 10,000 jobs in the U.S., more than the total workforce in Japan's space industry. 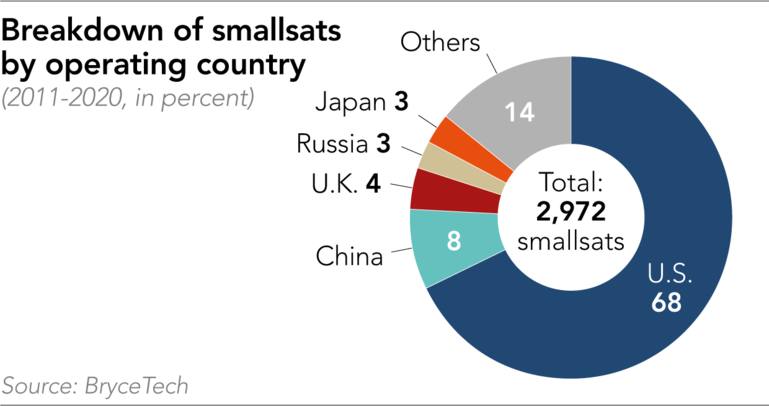 Some companies are shifting their focus to software from hardware in search of a commercial niche. Mitsubishi Electric is an example.

In April, the Japanese satellite maker announced a plan to launch a satellite data analysis service, using data from its Daichi remote-sensing satellite. The service, intended for natural disaster and infrastructure monitoring, is to begin in fiscal 2023.

The company is known for its large satellites, which it still manufactures. It is also the prime contractor for Slim, Japan's Moon-landing mission. But new orders are dwindling, forcing the company to pursue a new path.

Under a three-year business plan announced in June, Mitsubishi Electric downgraded its space business, which is now regarded as a restructuring target rather than a driver of corporate growth. The company signaled that its focus will be on semiconductors, factory automation, self-driving technologies and electronic components for electric vehicles.

While traditional space companies in Japan still depend on contracts from the Japan Aerospace Exploration Agency, some startups focus on the global market from the very beginning.

Lunar transport startup ispace has decided to provide its service in 2022 for the space agencies of the United Arab Emirates and Canada, and to assemble its lunar lander at Ariane Group facilities in Germany. The lunar lander was designed by ispace in Tokyo, but the larger second-generation lander will be designed and built entirely in the U.S. as the company attempts to curry favor with NASA.

"If you want to win business in the global market, speed is of the essence," Satellite Business Network's Kuzuoka said. "You have to use what is available in global the market, whether it is talent or capital or technology, if you want to stay ahead of the competition."

Some traditional space companies are trying to become nimble by collaborating with startups. Rocket maker Mitsubishi Heavy Industries in July announced it will team up with Astroscale, a Tokyo-based startup for space debris removal, to develop technology and plan missions.

New investors -- many of whom are corporations that have nothing to do with space -- continue to put money into commercial space endeavors. At some point, Kuzuoka warns, these investors can be expected to demand returns.

Executives at space startups, meanwhile, are anxious for the current boom to lead to a viable industry.

"I hope it won't end as a short-term boom," Kanazawa of SpaceBD said. "Space activity will become an industry only after it becomes commercially sustainable."