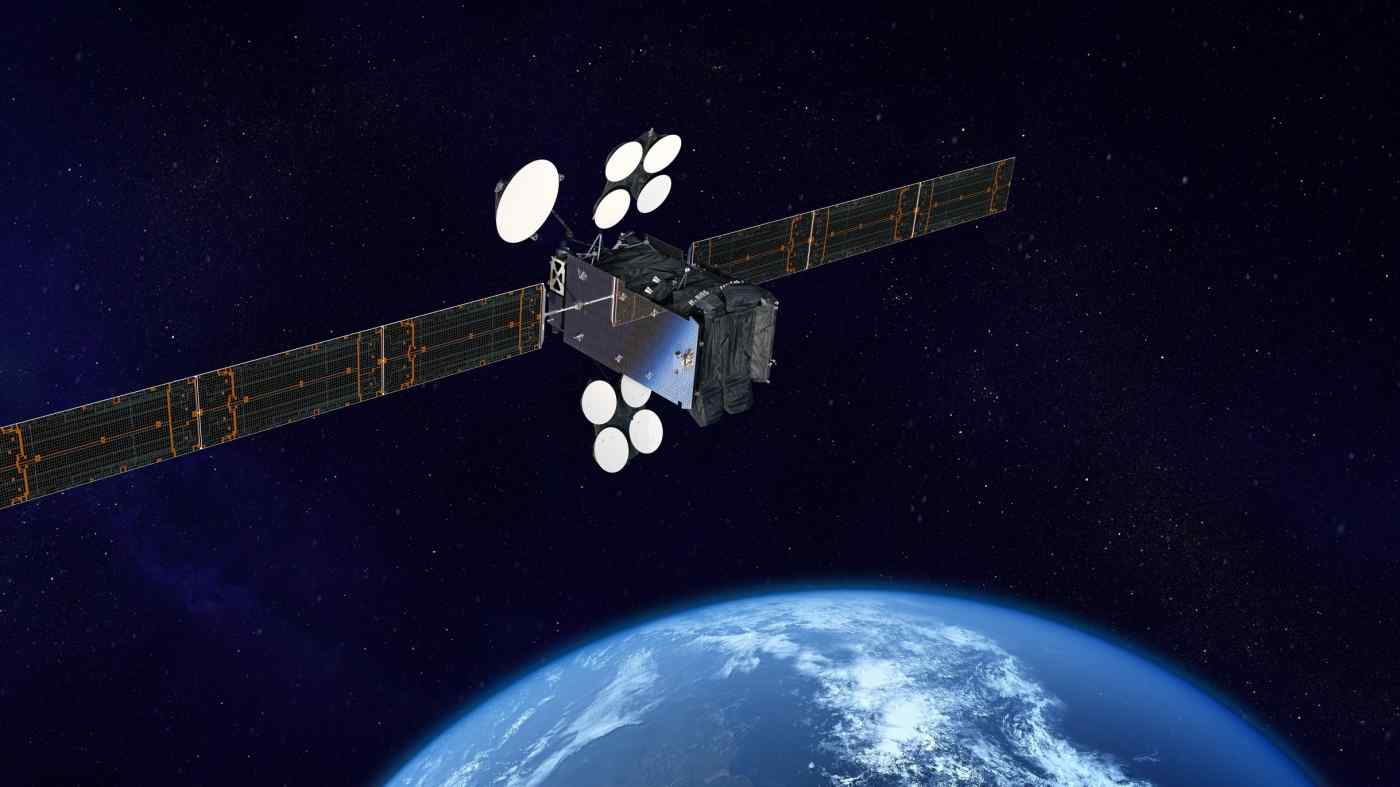 TOKYO -- Japanese satellite broadcaster Sky Perfect Jsat warned on Wednesday that the coronavirus would weigh on its earnings for the rest of the year despite reporting a 51% rise in April-June operating profit.

The stellar first-quarter results are due mainly to costs being pushed back towards the later part of the fiscal year, while revenue is expected to come under greater pressure as the coronavirus-induced slump becomes prolonged, the Tokyo-based company warned.

Sky Perfect Jsat has two lines of operation: the media business of broadcasting satellite TV channels and the business of providing satellite telecommunications service for other broadcasters, telecom carriers, airlines and shipping companies. The company owns a fleet of 19 satellites, making it Asia's largest satellite operator.

Its TV business relies on sports and music events to attract subscribers.

The coronavirus, however, has delayed the opening of the professional baseball season and called off concerts and Formula One races. As a result, the costs of broadcasting rights were not factored into the first quarter, but would be recorded later in the fiscal year, said chief financial officer Masao Nito.

In Japan, pro-baseball games started after a three-month delay in June, but they are not attracting as much TV audience as usual, Nito said. "The games have been spoiled by various restrictions placed on them such as limits on the number of spectators or cancellations of inter-league games," he said. 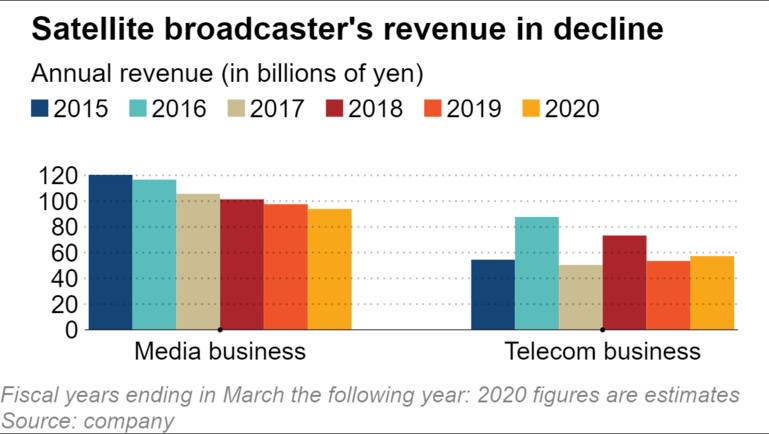 The COVID-19 has also depressed demand for satellite internet services among commercial airliners. The situation will be worse in the second quarter as airlines continue to bleed losses, making it more difficult for them to afford such services.

"It could take two, three or four years before demand for air traffic recovers," Nito said.

One bright spot for the Japanese company was the launch of two new satellites -- Horizons 3e and Jcsat-17. They are used for providing a backup line for telecom carriers and have helped boost revenue in the satellite communications business.

For the April-June fiscal first quarter, the company reported an operating profit of 5,594 million yen ($53 million) on flat revenue of 34.6 billion.

The company kept its full-year earnings estimates unchanged, predicting a 21% drop in operating profit on flat revenue for the year ending March 2021.

The company's media business has been facing competition from streaming service operators, such as Amazon and Netflix, as well as cable TV operators.

The company is trying to revamp its TV business by offering more original content, such as Japanese baseball games and German football matches.

The satellite communications business, meanwhile, is now being counted on to support the sluggish TV business. The company has recently launched new initiatives, including a satellite imagery service in partnership with U.S. startups Planet and Orbital Insight, as well as a service to remove space debris.