Fighters, drones and other tech attract attention at home and abroad 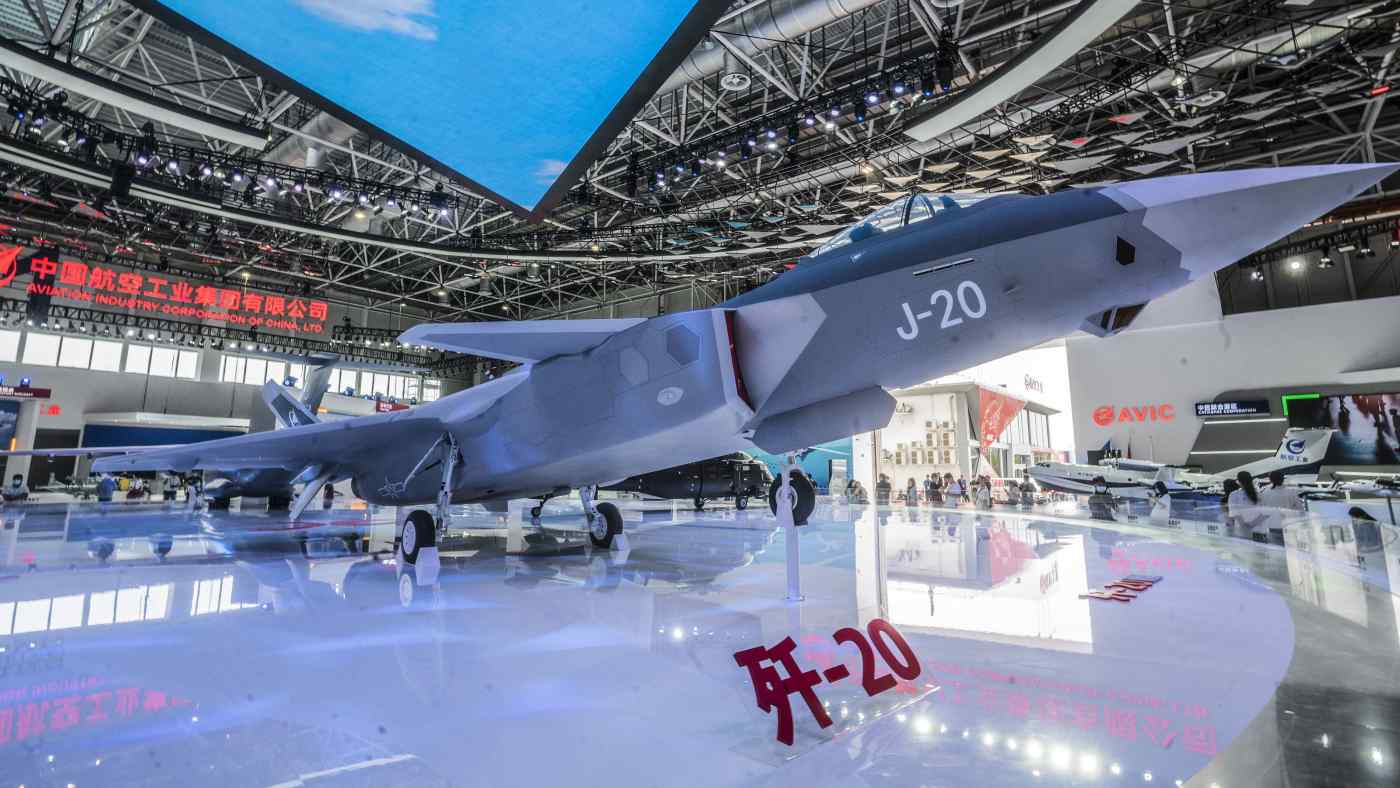 ZHUHAI, China -- China's premier airshow opened Tuesday with the country's arms producers parading some of their most advanced military hardware.

Unveilings include the domestically developed J-16D "electronic warfare aircraft" and the WZ-7 high-altitude drone, used by the People's Liberation Army for border reconnaissance and patrol of territorial waters.

The biennial Airshow China comes as the country looks to promote arms exports as well as highlight confidence in its own military capabilities. The show opened less than two weeks after the formation of AUKUS, a defense-focused pact between the U.S., U.K., and Australia perceived as an attempt to counter China.

Yet Tuesday's opening in the Guangdong Province city of Zhuhai, near Macao, lacked some of the usual fanfare, with few overseas guests due to strict pandemic controls. Unlike in 2018, when the show was last held, President Xi Jinping did not send a message.

The ceremony was presided over by provincial-level officials who applauded the military displays as reflecting China's growing "international influence and status."

Some attendees sounded uneasy about the tone of the six-day show. "The emphasis seems to be more on shooting down planes than on the miracle of human flight," said one visitor from the private sector.

But others hailed China's rise as a superpower. "We may be far behind the U.S. but we are catching up," said a trade visitor from Beijing, who observed a display featuring FC-31 jets. 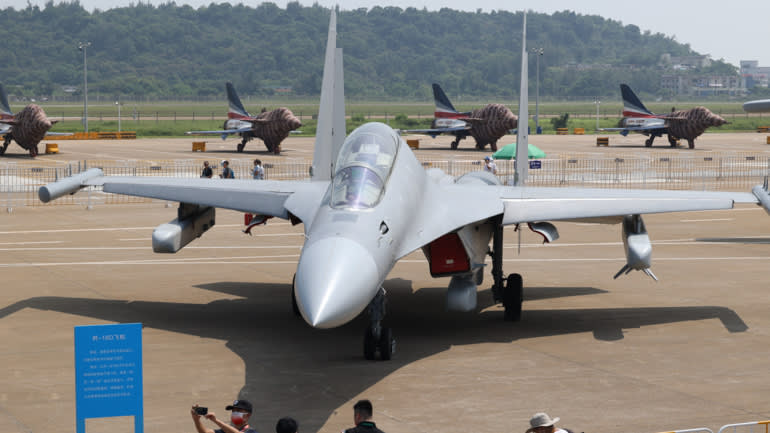 J-16D electronic warfare aircraft is on display ahead of the Airshow China. (Photo by Yusuke Hinata)

The Chinese agency in charge of weapons exports -- the State Administration of Science, Technology and Industry for National Defense -- showed off a comprehensive array of products from six industries including aerospace, naval technology and electronic weaponry.

"From these displays, we can have an understanding of the China military industry's offerings aimed not only at domestic customers but also our ability to provide systematic solutions for our users overseas," said Fan Wei, an assistant researcher at the agency.

The country has indeed become a formidable competitor in the international arms trade. Aviation Industry Corp. of China and China Electronics Technology Group rank among the world's top 25 arms producers, selling a collective $361 billion worth of weapons in 2019, according to the Stockholm International Peace Research Institute. Trailing the U.S., China had the second-largest share of the arms market, with 16%.

"Chinese arms companies are benefiting from military modernization programs for the PLA," SIPPI said in a March report. WZ-7 high-altitude reconnaissance drone is on display ahead of the Airshow China 2021. (Photo by Yusuke Hinata)

Many Chinese weapons, particularly in the field of air defense, are purported to be based on Russian technology. But the country has nevertheless produced advanced attack jets including the FC-31 and J-20 stealth fighter. This aerospace hardware "empowers China," said Zhou Qiangguo, an executive at state-owned Aviation Industry Corp., the jets' manufacturer.

"Not only products, but we must also be strong in terms of technology and talent," he said. Among the company's products is radar jamming equipment used to disable enemies' reconnaissance capability. "The coverage of [our remote equipment] could meet electromagnetic countermeasures of nearly all frequency bands in air defense electronic warfare and effectively protect important ground facilities," he said.

On the civilian side, China's own C919 commercial jet was not on show, a company spokesperson told Nikkei Asia. Reuters reported on Monday that the plane would not be there, citing U.S. export curbs on parts supplies that slowed production.

The narrow-body jet, produced by state-owned Commercial Aircraft Corporation of China (COMAC), is the country's attempt to answer the Airbus A320 series and Boeing 737 MAX, which was temporarily grounded after two fatal accidents. The MAX is back in service in some countries but not China. COMAC has secured at least 700 provisional orders, mainly from Chinese airlines and leasing companies, according to David Yu, a finance professor at New York University in Shanghai who specializes in aviation finance and leasing. Other reported figures are slightly higher.

Production hiccups aside, Yu said there is a "big need" for narrow-body aircraft, given China's market of 4,000 planes in service. He expects strong demand for COMAC's C919 in China, with the Boeing 737 MAX still awaiting recertification in the country and Airbus occupied with global orders. And he said COMAC "is always going to be supported because of the [push for] domestic innovation."

COMAC is due to deliver its first C919 to China Eastern Airlines by the end of the year, local media reported earlier this month.

That will make China a "very unique" market served also by Airbus and Boeing, Airbus China's chief executive Xu Gang told reporters on Tuesday. "The market will be more heated than before the pandemic after this," Xu continued. "It will remind us to listen more carefully to our customers and provide them with the best service."