Xi has set 2022 goal for a national orbital outpost 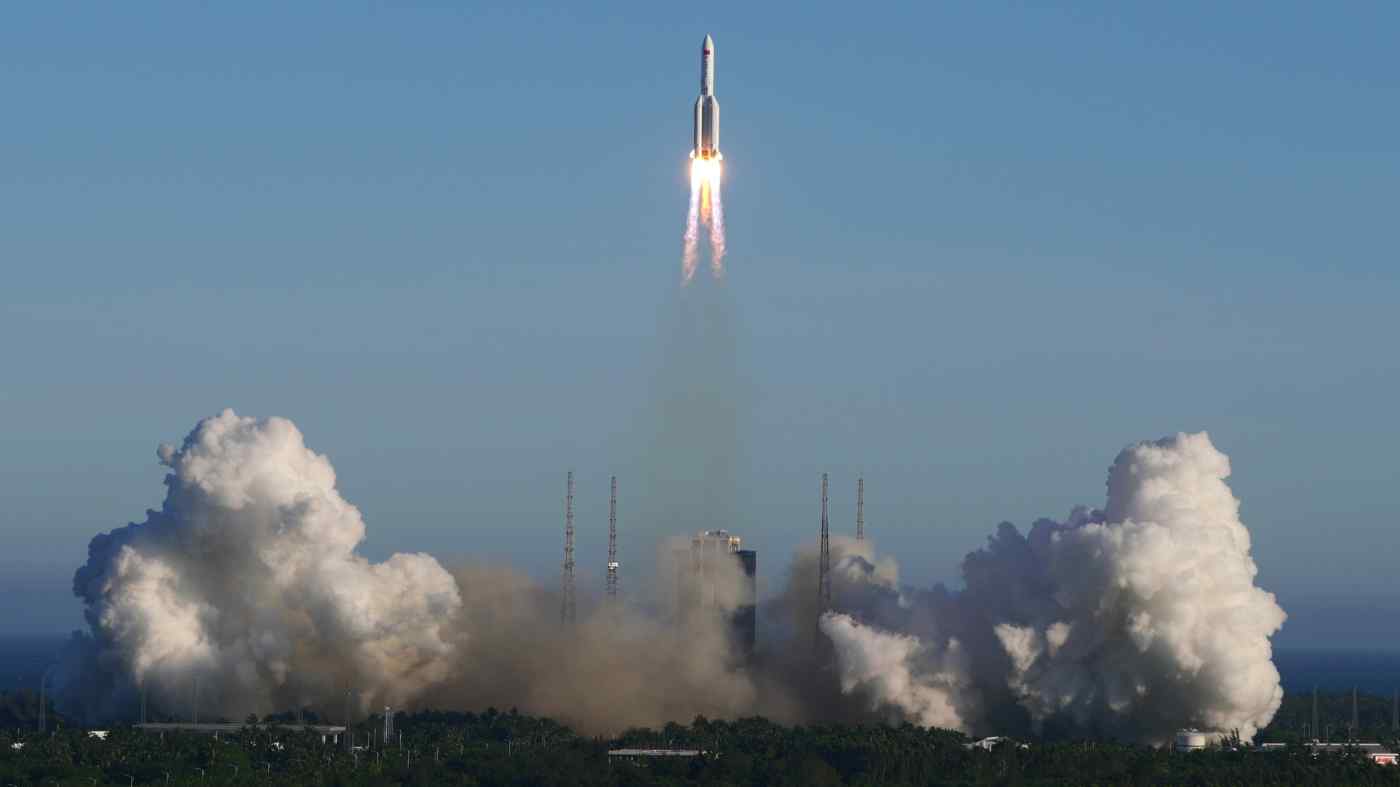 BEIJING -- China successfully launched one of its most powerful rockets to date Tuesday, an accomplishment state media heralded as a significant step toward orbiting a full-scale space station around 2022, a goal set by President Xi Jinping.

The heavy-lift Long March-5B rocket is specifically designed to deliver modules of the space station. State media portrayed the inaugural launch as a significant advancement of the country's space ambitions.

The March-5B is an upgraded version of the Long March-5 rocket with improvements such as reduced aerodynamic resistance. That launch vehicle successfully completed its first test in 2016, but failed the next year. The March-5 blasted off without a hitch in its third launch last December.

China has continued its rocket launches despite the coronavirus pandemic, but suffered a set back in March when a Long March-7A ended its debut mission in failure. Last month, a Long March-3B rocket malfunctioned in mid-flight.