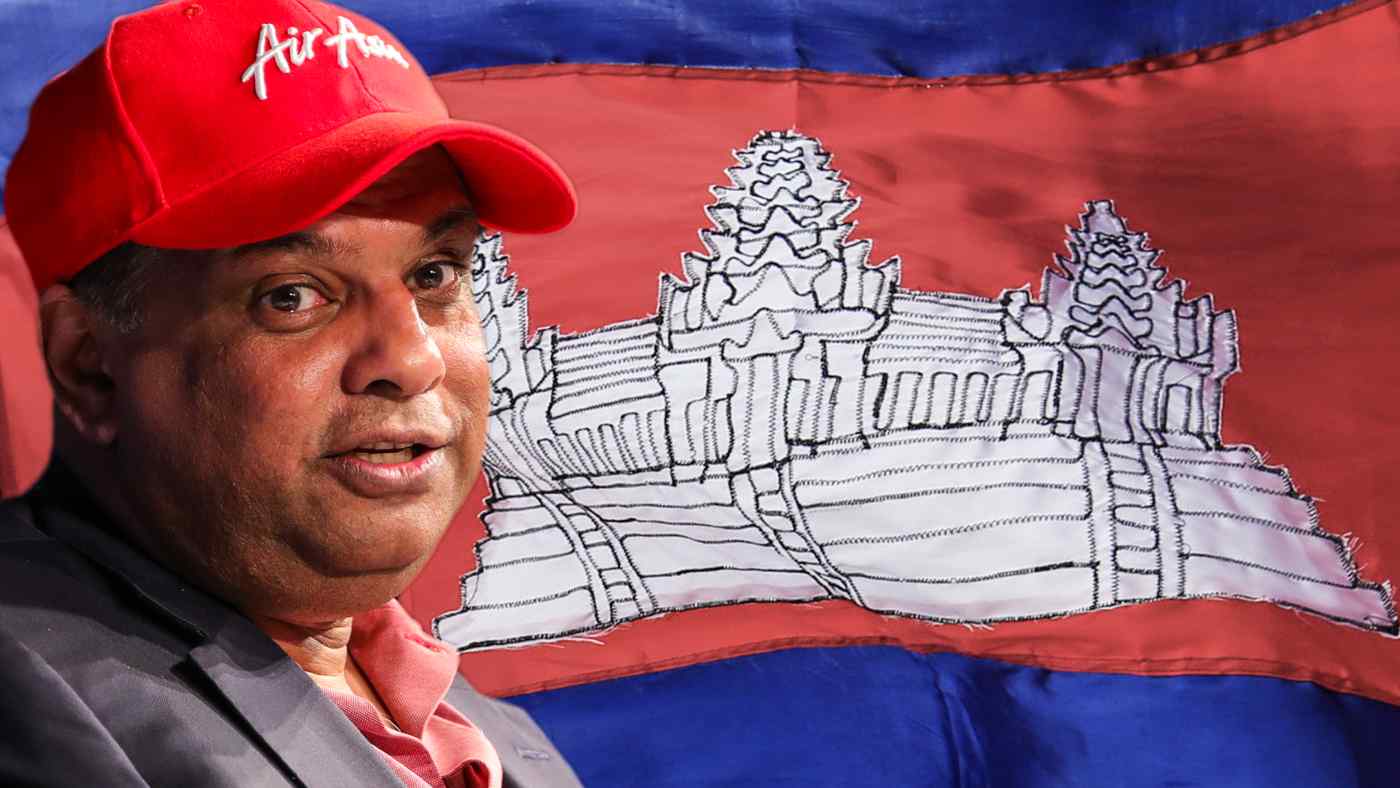 "I like Cambodia, China and Myanmar," Fernandes, AirAsia Group CEO and co-founder, told the Nikkei Asian Review in an interview, adding that he is now on the lookout for a Cambodia partner.

After a third attempt to establish a Vietnam affiliate failed earlier this year, Fernandes said he had switched focus to other parts of the region.

"I don't have any plans in Vietnam for now after trying three times," said Fernandes, 55, a former British music industry executive who introduced budget airlines to Asia. "We cannot find the right partner and now I think there are too many airlines there. ... Our time will come."

Cambodian law does not restrict foreign ownership in the local airline industry, but new carriers are required to invest up to $30 million in the country during the first three years, excluding aircraft.

The country's growing popularity as a tourist destination has already attracted several China-backed carriers, with six scheduled airlines now in the mix.

Outside the capital Phnom Penh, Cambodia's Siem Reap International Airport is one of the busiest in Southeast Asia. It saw 4.5 million passengers last year due to the surging international interest in the nearby Angkor Wat temple complex, the world's largest religious monument.

AirAsia Group currently has listed affiliate airlines in Indonesia and Thailand, with plans for a Philippine affiliate to go public next year. The company's shares closed at 1.82 ringgit on Wednesday, down from this year's high of 3.29 ringgit in February -- giving the company a market capitalization of 6.08 billion ringgit ($1.46 billion).

"Sometimes it's easy to get a reliable partner but we must then make sure that the airport can take our growth and whether we can deliver a unique proposition to the market," Fernandes said. "It's not always about the license."

Over the long term, Fernandes said he wants AirAsia to set up an airline in China, which he views as a foreign investment-friendly economy. The market is already critical for AirAsia, with the group recording almost 20% of its annual sales from Chinese destinations.

"We have to make sure that we can be relevant in such a huge market," said Fernandes.

While he angles for expansion opportunities, Fernandes is also pushing plans to make his carrier a technology-led company through annual investments of 100 million ringgit. He said AirAsia would be a "digital airline" by the first quarter of next year, with the company now almost a third of the way there.

His vision includes transforming AirAsia's online ticketing platform into a travel marketplace that would make the company the "Amazon of travel."

The first step along that path was to allow travelers to buy tickets on rival carriers through AirAsia.com. Fernandes remains adamant that the new platform, powered by U.S. online travel agency Kiwi.com, will not cannibalize AirAsia ticket sales.

"Even now, no one comes on AirAsia.com to straightaway purchase air tickets," Fernandes said. "They will definitely do some fare comparisons on some sites, and now I'm telling these people to do the comparison on our platform."

The next step will be to make hotel bookings and activities available on the same platform. Fernandes also intends to set up a separate Muslim-friendly online platform to tap into the vast global market for halal and Shariah-compliant tourism.

The portal, to be known as Ikhlas -- the Malay word for sincerity -- will launch "soon" and will include halal tours, hotels and restaurants worldwide.

Fernandes admitted that AirAsia's minority shareholders might not fully support his digital dreams. Nevertheless, he believes the company's long-term financial performance will change their perceptions.