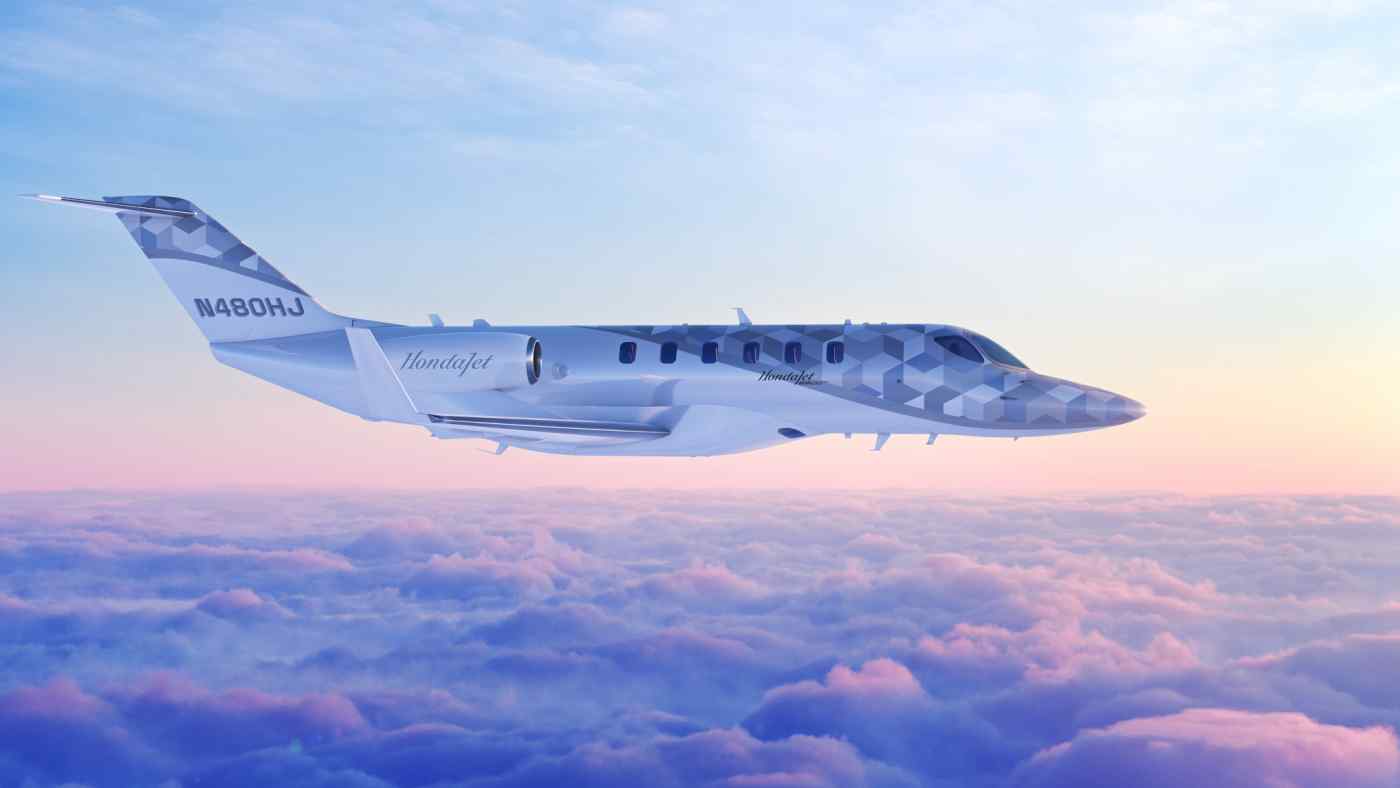 TOKYO -- Honda Motor's aircraft unit has unveiled a concept for a larger business jet that could fly from New York to Los Angeles without refueling.

The HondaJet 2600 would have a maximum range of 4,862 km, about 80% longer than the current HondaJet -- the bestselling small business jet for four straight years.

The announcement comes as demand for business flights makes only a slow recovery from the travel restrictions of the coronavirus pandemic.

Honda Aircraft, which unveiled a mock-up of the concept on Tuesday at the 2021 NBAA Business Aviation Convention and Exhibition in Las Vegas, said it would consider whether to move to mass production based on the market outlook.

The HondaJet 2600 has a wingspan of 17.3 meters and a length of 17.6 meters, both measurements roughly 5 meters larger than the current type, which puts it in the light jet category. With a maximum capacity of 11 people, including the pilot, it would carry more passengers than the current 7 or 8.

To achieve its extended range, Honda Aircraft aims to reach a more than 20% improvement in fuel efficiency over other jets in the same class.

The larger cabin will allow for more flexibility in the seat layout, helping make long flights less tiring for passengers.

Honda Aircraft, a newcomer to the industry, competes with such established players as Bombardier, Cessna and Embraer.

Deliveries of the HondaJet began in 2015. Three types have been released so far, and the total number of aircraft delivered exceeds 170 worldwide. Last year, 31 aircraft were delivered.

Its success contrasts with the struggles of compatriot Mitsubishi Heavy Industries' SpaceJet regional jet program, which has been all but mothballed after years of delays.