Minister weighs costs and diplomacy on trips to US, Austria, France and Turkey 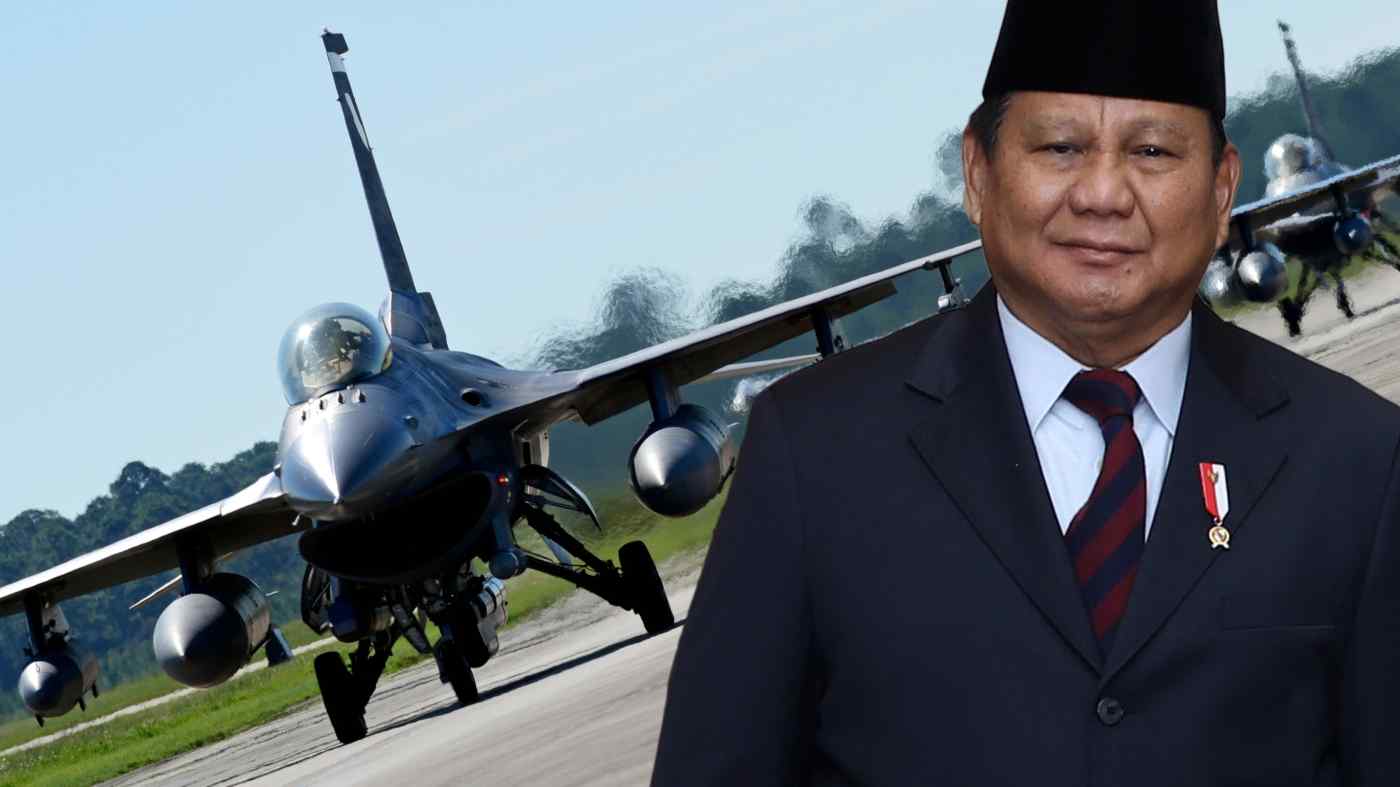 JAKARTA -- Defense Minister Prabowo Subianto last month spent more than two weeks on a mission to solve a long-standing riddle of how Indonesia will replace its aging fighter jets.

Subianto, who flew to the U.S., Austria, France and Turkey, was also bargain hunting as Indonesia is constrained by a limited state budget and because his defense ministry had its funding slashed when COVID-19 demanded tax revenue be spent elsewhere.

"What Prabowo is doing now is looking for the best option, the best deal," said Muhamad Haripin, a defense researcher at the Centre for Political Studies at the Indonesian Institute of Sciences.

Defense received more funds than any other ministry in this year's state budget, but Prabowo still must narrow his choices down to one option, Haripin said, as buying from several countries may "require the whole defense budget."

The Indonesian Air Force's mainstay fighter, the U.S.-made F-5, has been in operation for nearly four decades with few upgrades. Rising tensions in the South China Sea make it critical that Jakarta swiftly upgrade its military equipment.

One option, joint fighter jet production with South Korea, has hit a snag. Having failed to pay its second installment in August, Indonesia reportedly is trying to renegotiate its share of the cost.

Sukhoi Su-35 jets from Russia remain the best bet. Although Indonesia in 2018 agreed to buy 11 of the fighters for $1.1 billion, it harbors reservations as the U.S. has threatened sanctions over arms deals with Moscow.

For this reason, Subianto's visit to the U.S. on the first leg of his tour stood out. He was invited to the Pentagon -- a significant move that required Washington to first lift its two-decade entry ban on Subianto due to alleged human rights violations -- as part of a campaign to pull Southeast Asian countries away from China.

The invitation also gave the U.S. another opportunity to try to talk Indonesia out of purchasing the Russian fighters.

Indonesian defense officials say the talks included discussions on fighter jets. The U.S. has reportedly been pushing to sell Indonesia fourth-generation F-16s retrofitted with new technologies; pilot training and other extras would be thrown in. But Jakarta is said to be playing its cards for fifth-generation F-35s.

The pending deal with Russia appeals to cash-strapped Indonesia because half the payment is to be made in exports of palm oil, rubber and other commodities. This also provides Subianto with leverage in the U.S., where F-35s are expensive, as he tries to pry a more competitive price from Washington.

Jakarta holds bitter memories of being dependent on U.S. weaponry, having been subject to a U.S. arms embargo from 1999 to 2005 due to human rights violations in East Timor. The ban left Indonesia's military short of spare parts and munitions. An Indonesian fighter jet releases flares during a show in Jakarta in 2016.   © AP

Subianto's fallback option is Austria and 15 Eurofighter Typhoon jets that Vienna is keen to offload as it restructures its air force. In Europe, Subianto held talks with counterpart Klaudia Tanner on the issue, according to defense ministry officials.

The secondhand Eurofighters could save Indonesia some rupiah, but the potential purchase has come under scrutiny within the country. Critics say the fighters are outdated and that maintenance costs would drain state coffers. The purchase would also need approval from the U.K., Germany, Italy and Spain, which were involved in the jet's development.

Less likely options are France and Turkey, Subianto's final ports of call. Reports from the defense minister's previous trip to Paris, in January, said he expressed an interest in France's Rafale fighter jets -- reports Subianto later said constituted the wishes of the French government. Turkey, meanwhile, has its own fighter jet development program and is reportedly keen on inviting Muslim nations to participate in it.

Indonesian defense ministry officials said the recent discussions in France concerned potential purchases of unspecified defense equipment, while the talks in Turkey were over submarine systems and "potential cooperation in unmanned aerial vehicles."

Rizal Sukma, a senior researcher at Indonesia's Center for Strategic and International Studies, said a lot of other considerations go into major arms purchases, like ensuring supplies of spare parts and maintenance. "The Indonesian government will need to pay attention to this," the former ambassador to the U.K. said.