A symbol of stronger Tokyo-Washington ties falls by the wayside 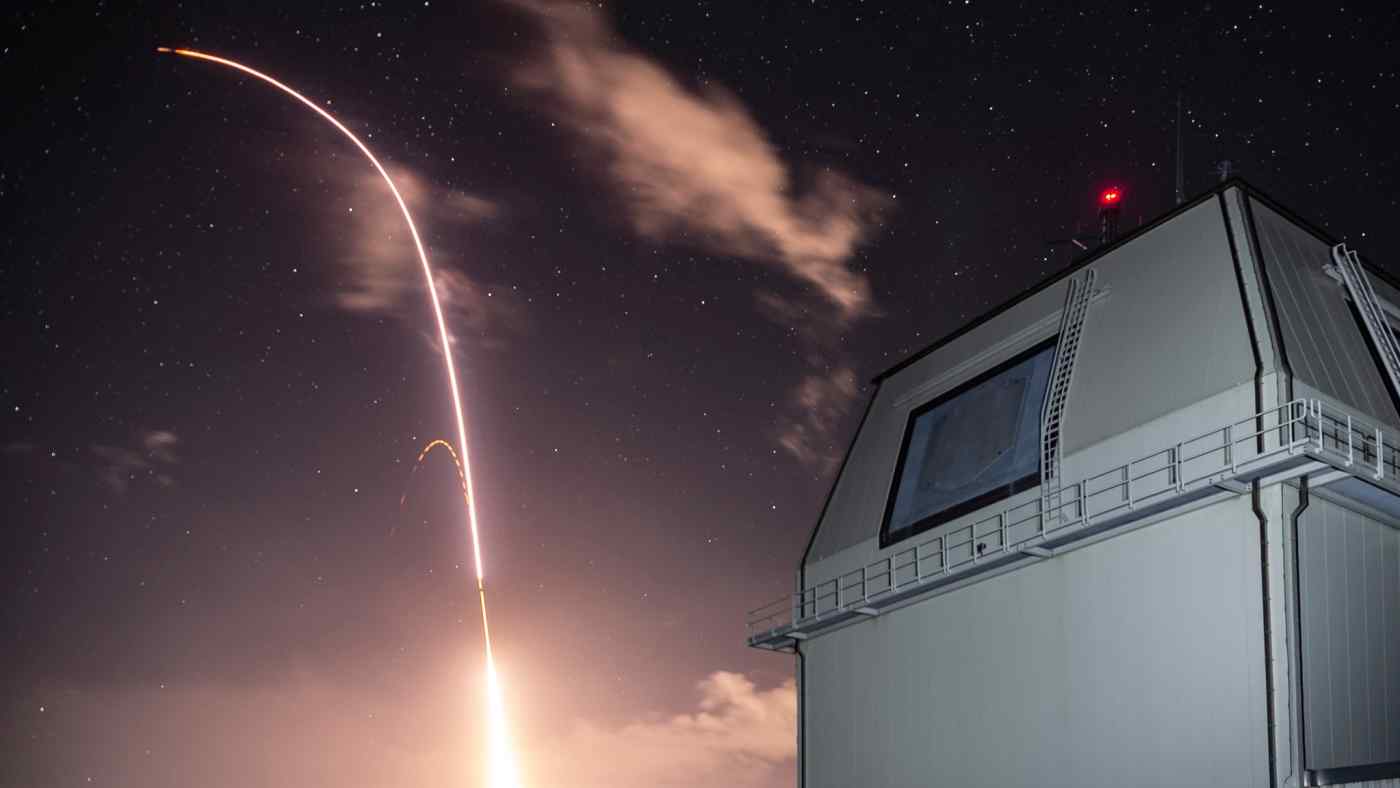 TOKYO -- Japan's deployment of the Aegis Ashore missile defense system will be put on hold due to the ballooning price tag and the logistics of rolling out the hardware, Defense Minister Taro Kono said Monday.

"When considering the costs and the time frame, we have no choice but to decide it was not logical" to keep the original schedule, Kono told reporters.

The U.S. State Department approved the sale of the system to Japan, which at the time had an estimated price tag of $2.15 billion. But a slew of problems has raised the estimated costs of operating it for 30 years to over $4 billion.

The project was seen as a symbol of the strengthening alliance between Japan and the U.S. Beyond the role it plays in countering the North Korean threat, President Donald Trump has also aggressively pushed American arms exports.

The ministry soon will submit a report to Japan's National Security Council and formally halt the program.

Japan currently has a two-tier approach to missile defense: a ship-based Aegis system that takes a first crack at shooting down missiles while they are in the so-called post-boost phase of flight, and a land-based Patriot system to destroy them when they are in the re-entry phase.

The plan was to create a three-tiered approach, where a land-based Aegis would shoot down any missiles missed by the ships. Aegis Ashore is also considered more effective if multiple missiles are launched at Japan.

It was also a response to the burden on the ship-based system. Japan's initial strategy was to rely solely on the ship-based defense, where eight Aegis-equipped vessels would rotate and defend against incoming missiles.

But the repeated missile launches by North Korea have exposed how much stress the ships undergo in keeping up the defense shield.

"My impression is that the U.S. government and industry were very surprised by this," Michael Green, senior vice president for Asia and Japan Chair at Washington think tank Center for Strategic and International Studies, told the Nikkei Asian Review. "If so, that is not the kind of surprise that makes for good alliance relations," the former National Security Council senior director for Asia under President George W. Bush said.

Rand Corp. political scientist Jeffrey Hornung said "it just sends a bad message to our adversaries in the region."

Hornung also expected this to have an impact on the negotiations between Washington and Tokyo over how much Japan pays as "host nation support" to facilitate the U.S. troops in the country. "The US is going to be able to now go in and say 'We want you to do more, we want you to pay more and hey you just stopped doing Aegis Ashore deployment so now we want you to do even more.' I think this weakens Japan's negotiating position."

The blueprint of the Aegis Ashore deployment called for installing the land-based missile shield at one site in eastern Japan and another in the west as a deterrent against North Korean rocket attacks. The U.S.-developed system would be operational as early as 2025.

The original price tag was roughly 80 billion yen, or $745 million per site. Since the defense of Japan would require two locations, the overall cost was sold as around $1.5 billion.

That estimate quickly lost validity. After the cabinet approved the deployment in 2017, the cost went up to 100 billion yen per installation in the fiscal 2018 national budget. Billions of yen more were necessary to prepare the land for the buildings.

"For now, we will continue to rely on Aegis-equipped destroyers" for missile protection, Kono told reporters. "Afterward, I will consider our options through the NSC."

In the west, Aegis Ashore would be hosted within the Mutsumi training area in Yamaguchi Prefecture. But it was revealed late last month that large-scale work will be needed to ensure that booster rockets carrying interceptors fall in the training area or the sea, and not in residential neighborhoods.

The Defense Ministry chose the Araya military training grounds in Akita city for eastern Japan, but those plans were thrown into disarray after a series of problems. The site, near a residential area, was selected from Google Earth, not an actual survey on the ground, resulting in measurement errors. At a briefing with city residents, a defense official fell asleep, angering participants. The governor and mayor both came out in opposition to the deployment.

Kono said he will visit Akita and Yamaguchi prefectures soon to apologize to the governors.

Additional reporting by Ken Moriyasu in New York and Tomoko Ashizuka in Washington.