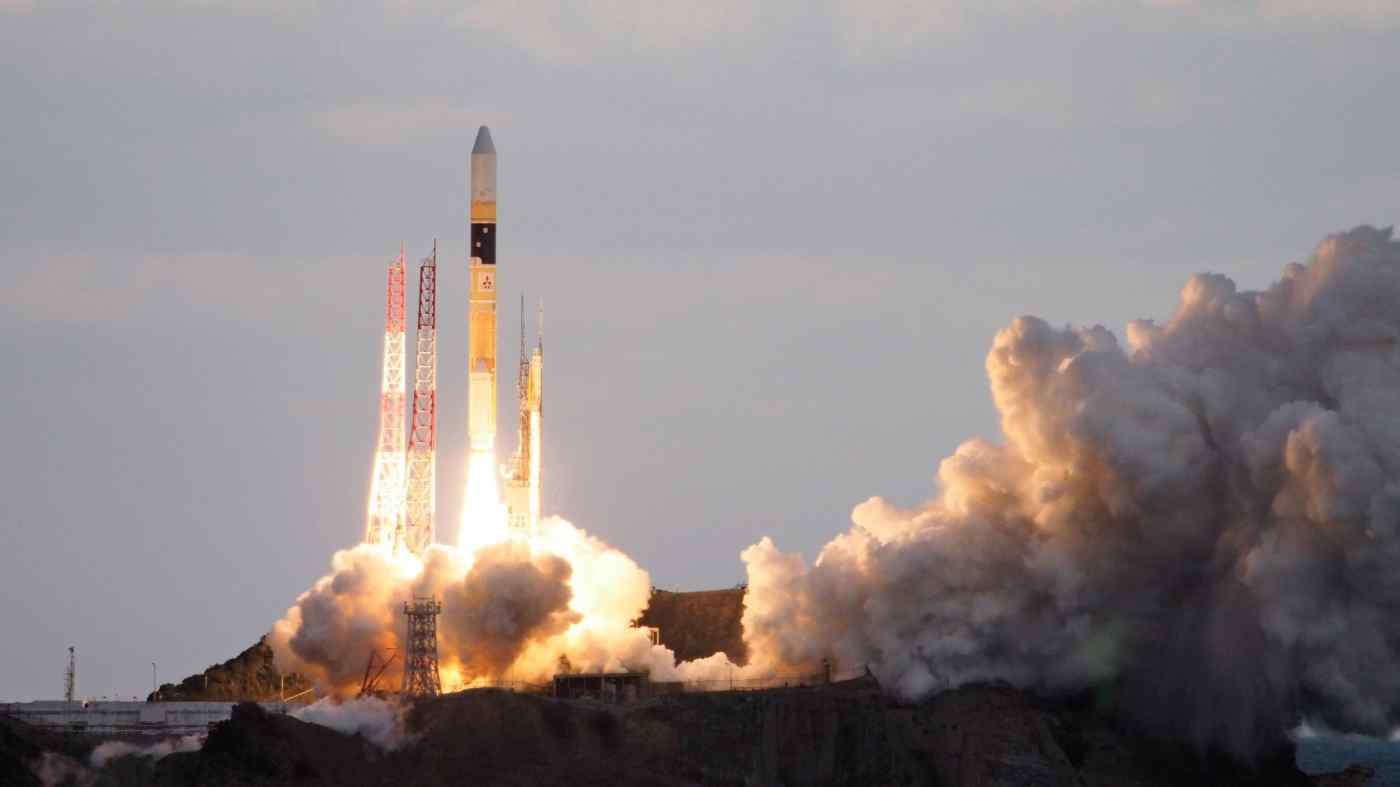 The H2A rocket, operated by Mitsubishi Heavy Industries Ltd. and the Japan Aerospace Exploration Agency, lifted off from the Tanegashima Space Center in Kagoshima Prefecture, southwestern Japan, at 4:25 p.m.