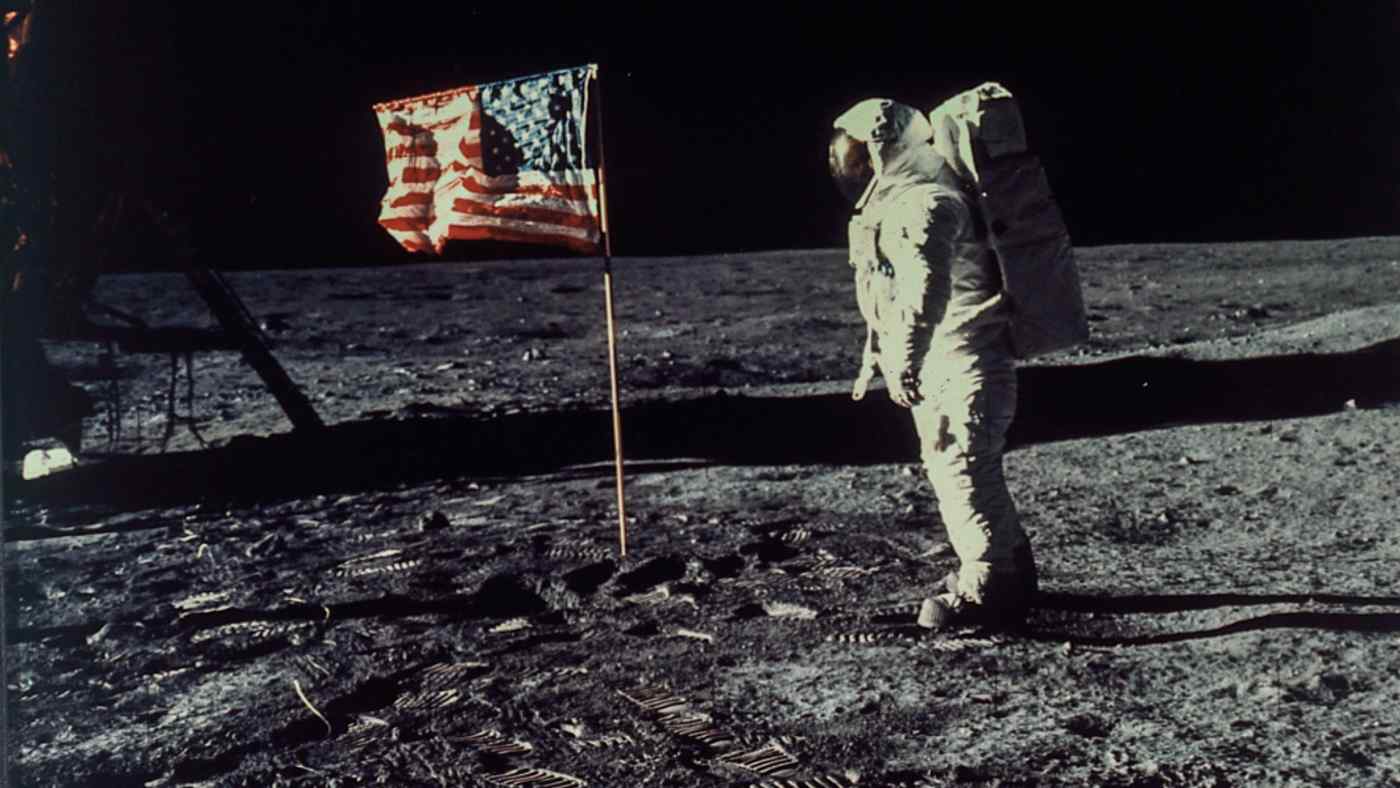 TOKYO -- Fifty years after man first walked on the moon, Japan is exploring the profitable side of space with efforts to build up an ecosystem for space-related startups.

Known as "New Space," the commercial space industry runs the gamut from launching rockets to providing satellite-based services for businesses.

Currently the leaders in Japan's commercial space arena are large, established corporations with proven technological capabilities, such as Toyota Motor. The automaker announced on Tuesday that it is developing a lunar rover with the Japan Aerospace Exploration Agency, or JAXA.

But the real competition, experts say, will be fought less on technology and more on the ability to produce new business ideas and applications -- an area where startups often excel.

"Startups may not have money, but they have a sharper focus and more innovative ideas," said Nobutaka Komatsu, an investment analyst and member of a JAXA panel on space solar panels. "Unlike established players, startups are not afraid of failure. Often, trial and error is a quicker and cheaper way to achieve a goal than coming up with a perfect plan."

Interstellar Technologies, the rocket launch company, is a case in point. After failing twice in as many years, the startup achieved a successful suborbital rocket launch in May -- without much help from the government or large corporations. Interstellar now aims for a second successful launch on Saturday.

With a workforce of 23, the company aims to provide reliable, inexpensive launch services. Interstellar plans frequent launches of its suborbital rocket before attempting to a launch to place a satellite into orbit in 2023.

Affordable launches have been a driving force in the commercialization of space, allowing more companies to send up satellites that can be used for everything from predicting the weather more accurately to providing internet connection to remote areas. 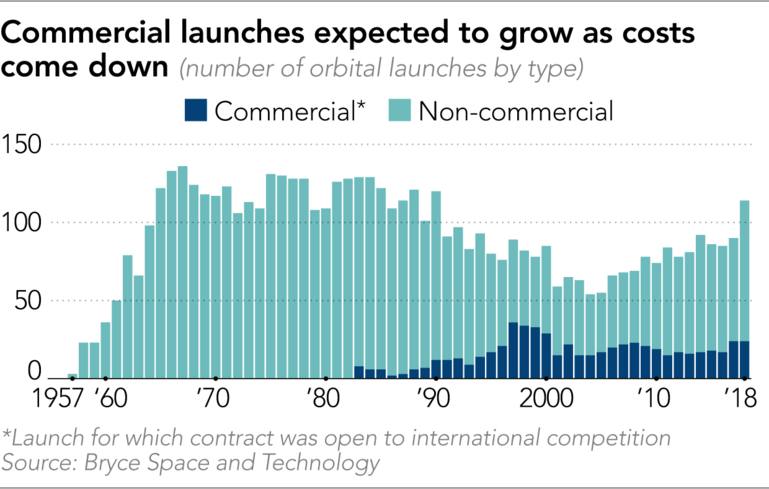 Artificial intelligence and cloud computing, meanwhile, allow companies to crunch the massive amounts of data coming from these satellites at significantly lower cost.

The development of smaller, lighter satellites have helped to bring down launch costs. But one of the biggest advances has been the fall in the costs of launching those satellites into space. SpaceX, a U.S. startup founded entrepreneur Elon Musk, was a pioneer in developing reusable rocket technology, which has helped to slash the average cost of sending a kilogram of material into space from $8,000 to $1,200.

Thanks to these falling costs, there is room for growth in the commercial launch market. Of the 114 orbital rocket launches last year, only 24 were commercial, according to Bryce Space and Technology. The vast majority were for government, military or research institutions.

This is about to change, says Mark Boggett, CEO of Seraphim Capital, a pioneer in space venture capital. While the number of satellite constellations planned by private sector companies has increased significantly in recent years, many of those plans have not yet been implemented.

"What's going to happen in the next one to three years is that there is going to be a massive spike in terms of the number of orbital launches and an inversion of the commercial market doing more launches than the government and military market," said Boggett.

As Asia's economy continues to grow, its appetite for launching satellites is expected to increase.

Kick-starting commercial activity in space, however, is still a challenge without billionaires like Musk or Amazon's Jeff Bezos, who can use their own money to fund risky business ventures until they become profitable.

Japan does have its own deep-pocketed space entrepreneurs.

One is Masayoshi Son. His investment company SoftBank Group is already a major investor in OneWeb, which aims to launch a constellation of more than 600 low earth orbit satellites to provide internet connectivity to people anywhere on earth.

Another is Yusaku Maezawa, founder of online fashion retailer Zozo, who has bought a trip around the Moon on a rocket to be built by SpaceX.

According to investment analyst Komatsu, Japanese investors have been inspired by their American counterparts and are trying to emulate their success in growing space startups.

But Son and Maezawa alone will not be enough to achieve Tokyo's ambitious dream of doubling the size of Japan's space industry over the next decade or so from the current 1.2 trillion yen ($11 billion).

To help reach that goal, the government is working to nurture a venture capital market for space startups. In 2017 it launched S-Booster, an accelerator program, and S-Matching, a hub aimed at connecting promising startups with investors.

The accelerator program, which includes mentorship by successful space entrepreneurs and venture capitalists, is open to both Japanese and foreign companies and participants are chosen in an annual competition. This year's contest will be held in Bangkok on July 25.

Seraphim Capital is offering its expertise to help Japan to nurture space startups. "We recognize that Asia has the potential because of its engineering and space history, but there isn't an entrepreneurial culture, particularly here in Japan," Boggett said, noting that most Japanese graduates prefer to work for large corporations instead of taking an entrepreneurial route.

Jonathan Hung, president of the Singapore Space and Technology Association, a trade association based in the city-state, voiced a similar enthusiasm for space startups in Asia.

"Startups have the flexibility to change up and adapt according to the needs of the industry. They are early adopters to new technology, and we should exploit these new disruptions," he said, adding that it is important "for Tokyo to continue in expanding its international collaborations in the space industry."

Komatsu, meanwhile, envisages a future where Japan-raised startups will find a niche they can dominate. They will choose a location where they can serve their customers best, and the location may not be in Japan, he said.