Japan's defense equipment supply chain is in a predicament

Its reliance on the U.S. and small domestic makers grows precarious 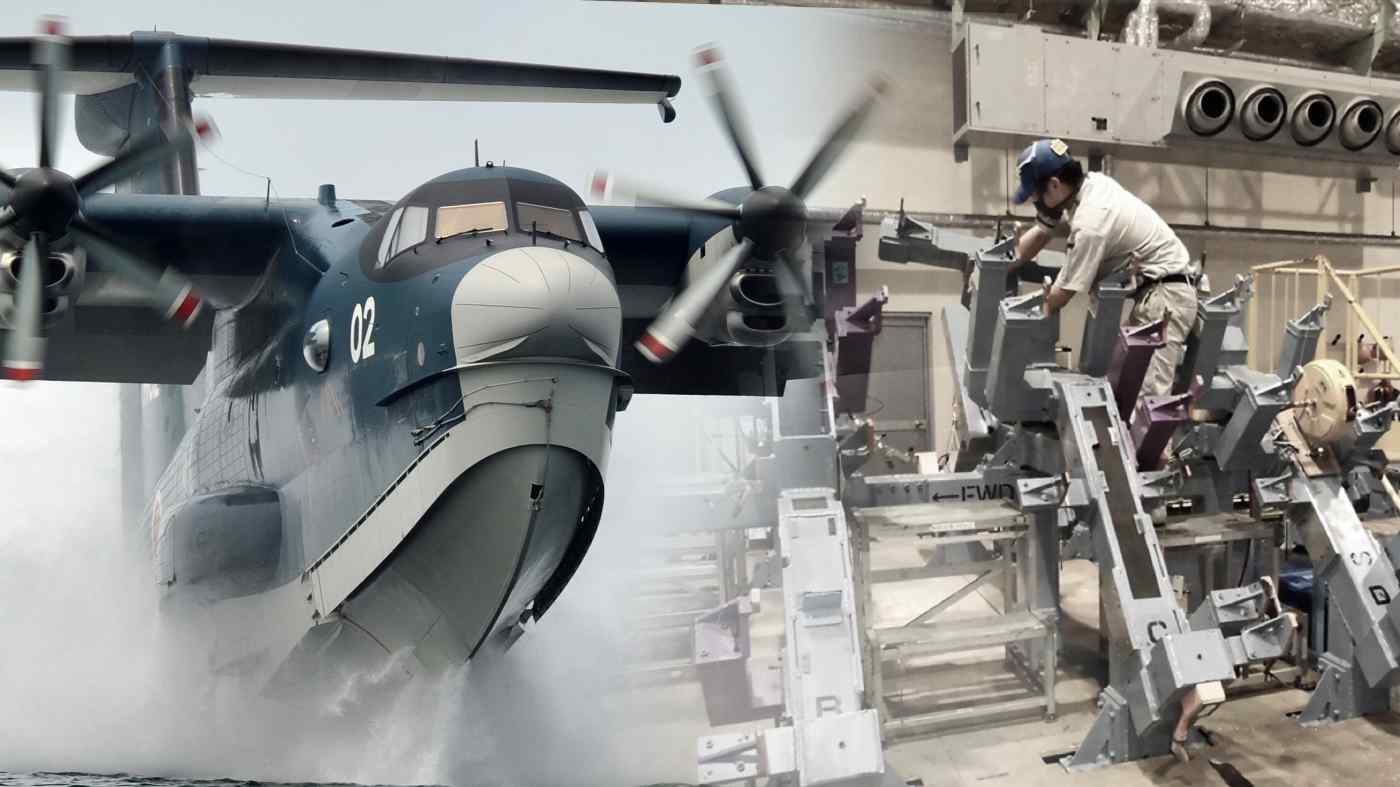 The US-2 saves lives by arriving in remote maritime locations that would take ships or helicopters too long to reach. (Source photo by Reuters)
JUNNOSUKE KOBARA, Nikkei staff writerDecember 13, 2020 19:00 JST | Japan
CopyCopied

TOKYO -- On Sept. 23, a Panama-registered cargo ship had a medical emergency 670 km northeast of Iwo Jima, the Pacific island that gained notoriety for the fierce World War II battle fought there. At the ship's request, Japan's Maritime Self-Defense Force dispatched a US-2 amphibian rescue aircraft from Iwakuni base, 1,360 km to the northwest of Iwo Jima on Japan's main Honshu island.

The plane landed on the water near the ship and made a successful rescue.

The US-2, developed in Japan, functions as an airplane and a ship. Its cruising speed is 480 kph. It has saved lives by arriving in remote maritime locations that would take ships or helicopters too long to reach. It and its predecessor, the US-1, deployed in 1976, have been sent on more than 1,000 missions.

These amphibian planes, essential to Japan, an archipelago, are built by ShinMaywa Industries, which specializes in transport aircraft and industrial machinery. Its supply chain counts about 1,500 companies in Japan.

Unlike the U.S., U.K. and China, Japan has no nationally operated weapons factories. All equipment used by the country's Self-Defense Forces is produced and supplied by private-sector companies.

Japan's defense equipment market is worth about 2 trillion yen ($19.2 billion). Adding subcontractors to companies that have direct contracts with the Defense Ministry, there are about 1,000 companies involved in making fighter jets and tanks, and about 7000 engaging in the production of destroyers. Most of these companies are small to midsize.

And the environment in which they operate is becoming bleak.

Deliveries to the Defense Ministry take time due to strict confidentiality and regulatory requirements. As producers do not receive orders for defense products as often as they do for consumer products, maintaining defense-related production lines can pressure margins. The pandemic-triggered manufacturing slowdown across all industries is an additional factor driving down their earnings. 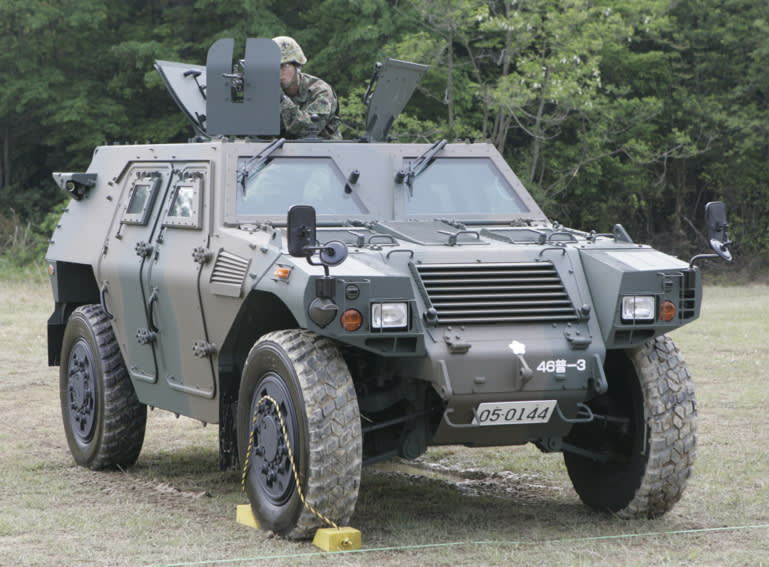 A survey of subcontractors that supply defense equipment components reveals that a number of these companies are considering departures from the business. If companies that have specialized technologies leave, the production of domestic defense equipment may be disrupted. Repairs could also be affected.

The survey was conducted by the Acquisition, Technology & Logistics Agency.

The government plans to launch a program to support the defense equipment supply chain in the fiscal year through March 2022. It has commissioned a consultancy to help defense subcontractors apply for tax incentives and subsidies. When there is a company that can't find a successor and cannot continue on, the consultancy will refer it to companies with similar technologies that might be able to buy the business. The goal is to ensure existing technologies do not disappear.

No Japanese company is exclusively a defense contractor, and this puts Japan in something of a predicament. Mitsubishi Heavy Industries, arguably Japan's largest defense contractor, has taken on the development of a next-generation fighter to succeed the F-2, which will start to be retired in the 2030s.

But even for Mitsubishi Heavy, the defense segment represents only about 10% of its overall revenue.

A Defense Ministry survey of the 64 companies in Japan's defense industry reveals that the larger of these companies generally rely less on defense for their revenue. Unlike the U.S., Japan has no Lockheed Martins that earn 90% of their revenue from defense contracts.

This highlights an instability. The subcontractors with weak business bases rely more on defense. In other words, Japan relies on somewhat weak subcontractors for much of its defense equipment.

It gets worse. Many defense industry players are sole suppliers of specific products. If one were to withdraw from the market, it could create havoc. The Ministry of Defense building in Tokyo. The ministry plans to hire a consultancy to help Japan's defense equipment makers apply for tax incentives and subsidies -- or help them be acquired.

Another issue for Japan's defense industry is increased imports from the U.S.

Japan has been purchasing F35 fighters and V-22 Osprey military transport aircraft from the U. S. under Foreign Military Sales agreements. FMS agreements require the buyer to accept all conditions put forward by the U.S.

There has been criticism that the requirement is causing costs to escalate. Defense imports from the U.S. are expected to increase to 20% of overall purchases, from 8% in fiscal 2010, by the end of this year.

As it seeks to improve its defense technologies, especially when it comes to detection, Japan has no choice but to increase its purchases of U.S.-made equipment, which includes cutting-edge technologies.

There is a double edge here. As the government spends more on imports, it is forced to cut spending on domestic procurement. This impacts the revenue streams at small to midsize companies -- the ones that rely the most on sales of defense equipment.

As with other Japanese SMEs, the owners of many component makers and small to midsize manufacturers in the defense supply chain are having difficulty finding successors, partly due to the country's aging population. If these companies end up being bought by foreign players, or if they enter into capital tie-up deals with foreign companies, Japan's national defense could feel ramifications. Maintaining the defense supply chain is becoming a major security issue for Japan.