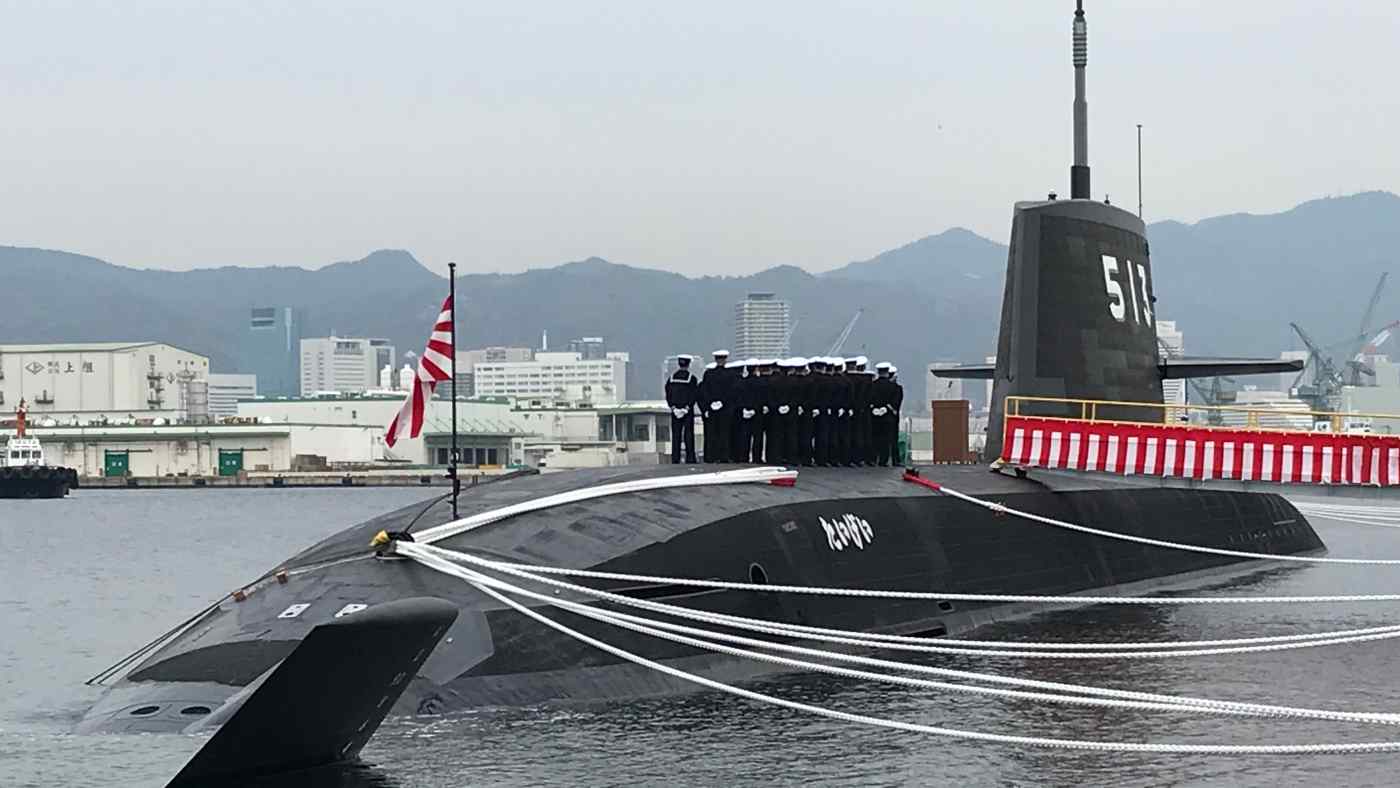 Uniformed personnel stand on top of the new Taigei-class submarine during a ceremony at a shipyard in Kobe. (Photo by Naoki Hori)
NAOKI HORI, Nikkei staff writerMarch 14, 2022 04:22 JST | Japan
CopyCopied

KOBE, Japan -- The Japanese Ministry of Defense has officially received the first new Taigei-class submarine at a Kobe shipyard, completing the 22-sub fleet sought by the government.

Built by Mitsubishi Heavy Industries, the Taigei is the Self-Defense Forces' most advanced submarine. Improved sonar helps it detect enemy assets better, for example, even as the sub itself runs more quietly to be less detectable.