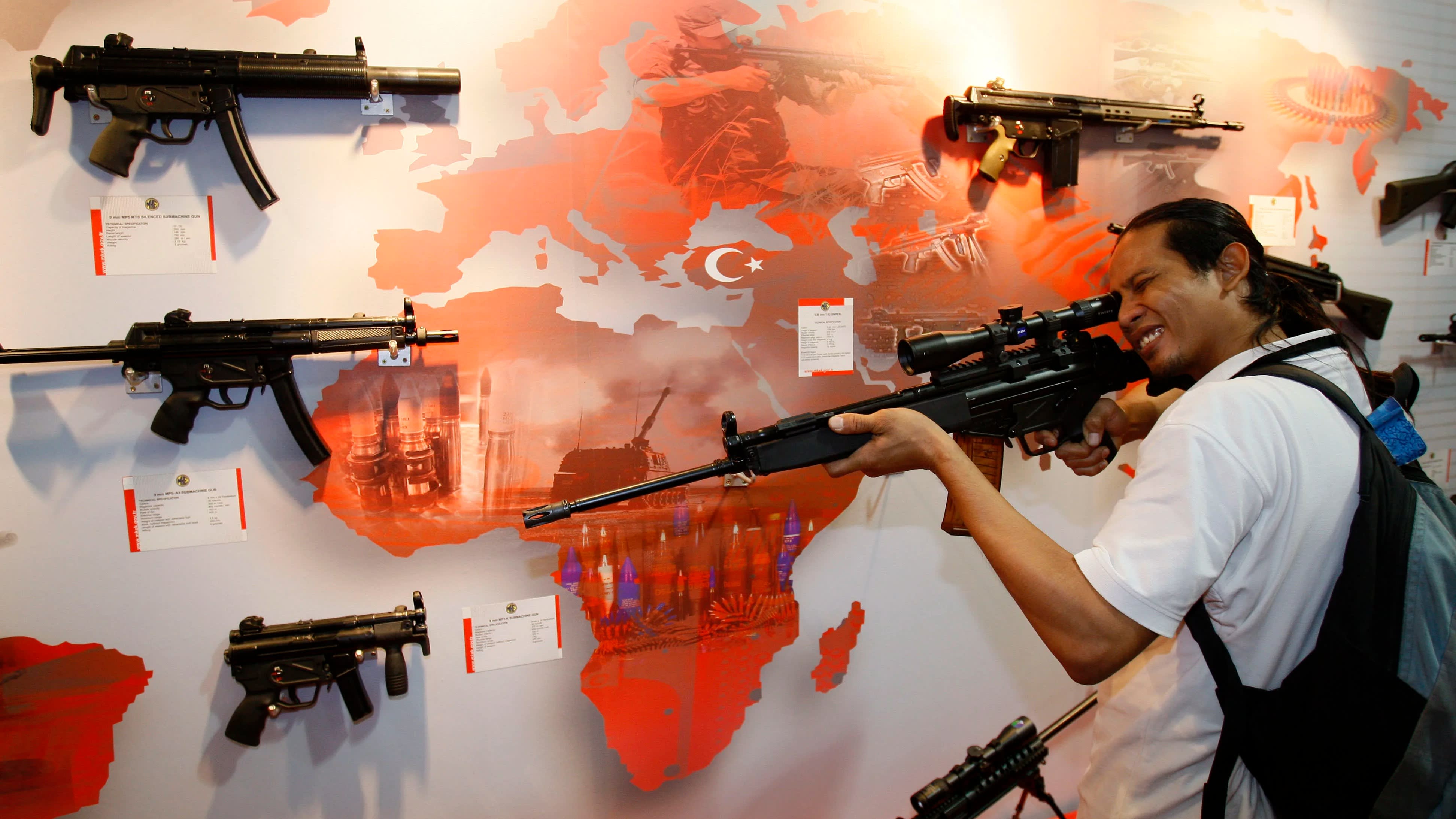 Malaysia will soon produce its own weapons in a deal signed with Turkey's Tisas Trabzon Silah Sanayi.   © AP

KUALA LUMPUR -- Turkish weapons manufacturer Tisas Trabzon Silah Sanayi has inked an agreement to establish a firearms manufacturing and assembly plant in Malaysia, which will be the first such facility in the country.

Tisas would be involved in Malaysia's first firearm production facility via technology transfer and industry know-how together with IDC Technologies, KOP Mantap said in a statement. KOP Mantap is an investment arm of the police force and IDC Technologies is a local IT solutions provider.

"The project is aimed at ensuring adequate firearm supplies for our security personnel and reduce dependency for firearm supply from abroad," the company stated, adding that the weapons made in the Malaysian plant could be sold overseas, particularly in Southeast Asia. "KOP Mantap will also conduct research and development based on current technology ability as well as provide training for industry players," it said.

Tisas was founded in 1993 and makes pistols, rifles and firearm accessories sold worldwide.

Erdogan is in Malaysia to attend the Kuala Lumpur Summit, a gathering of Islamic scholars and leaders. The summit has been criticized by Saudi Arabia for developing a separate bloc from the Jeddah-based Organization of Islamic Cooperation.