Mitsubishi SpaceJet moves out of airport headquarters to save costs 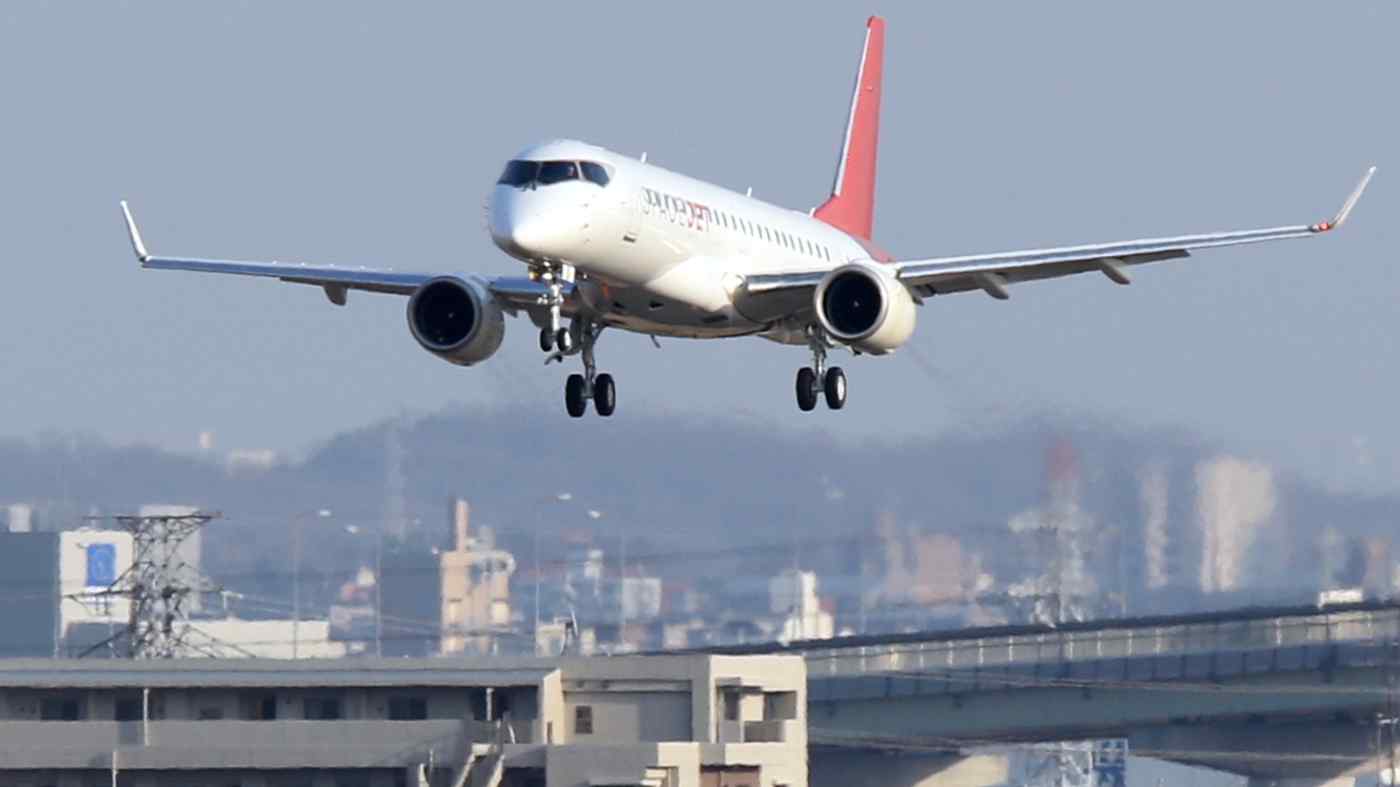 NAGOYA, Japan -- Mitsubishi Heavy Industries' aircraft unit will close its headquarters at Nagoya Airport at the end of this month to cut costs, having decided last year to halt its ambitious plan to build Japan's first jetliner.

Mitsubishi Aircraft is slashing its budget and workforce in line with the freezing of the SpaceJet program. The headquarters inside the airport terminal will be moved to a Mitsubishi Heavy factory next to the airport.

When Mitsubishi Aircraft was established in 2008, it was based inside Mitsubishi Heavy's Oye Plant in Nagoya. The SpaceJet program was launched to fanfare as part of a national campaign to take Japan's aerospace industry to the next level.

But the company's reluctance to draw upon foreign expertise resulted in it being overwhelmed by the complexity of the project and became bogged down in delays. The company fell seven years behind its initial delivery date. Mitsubishi Aircraft's headquarters has been at Nagoya Airport. (Photo by Kentaro Toda)

In October of last year, Mitsubishi Heavy said was freezing the development of the aircraft and slashing funding by 90%. In November it closed its flight testing center in the U.S. state of Washington. An American aircraft leasing firm canceled an order for 20 planes in January, becoming the first to do so.

Plans now call for reducing its employees at the unit to less than 200 from a peak of roughly 2,000.