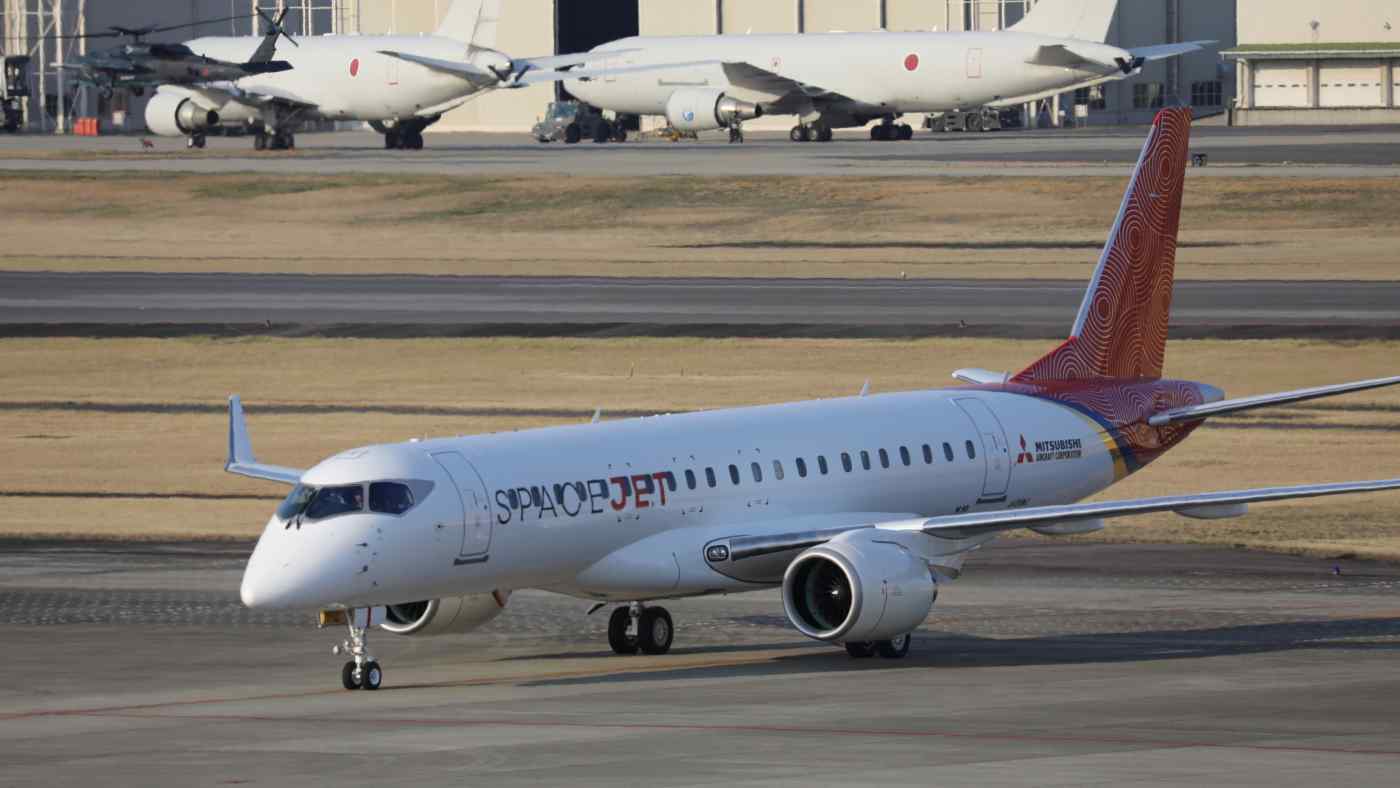 TOKYO -- Mitsubishi Heavy Industries has resumed work to get its SpaceJet passenger jet certified for commercial flights after completing a sweeping restructuring at its aircraft unit that led to the departure of half of its employees, it said Monday.

"We are working under our engineering team on a plan to obtain type certification in an efficient manner," chief financial officer Hisato Kozawa said in an earnings press conference. "Once the plan is drawn up, we'll put that into practice."

Type certification proves that an aircraft is safe for commercial passengers. It is managed by aviation authorities in the U.S., Europe and Japan.

Mitsubishi has been developing a 86-seater regional jet, called SpaceJet M90, since 2008. The much-delayed passenger jet is currently scheduled for delivery in fiscal 2021 at the earliest.

It is Japan's first commercial passenger aircraft program in half a century, for which the Japanese aerospace and defense contractor has invested at least 716 billion yen ($6.8bn) so far.

Mitsubishi's efforts to obtain type certification were brought to a halt this year after the coronavirus hit the aviation industry. The pandemic made it impossible for engineers to work on the aircraft.

The ensuing global recession also made it difficult for Mitsubishi Heavy to continue the loss-making passenger jet program, as air traffic ground to a halt and wiped out demand for aircraft.

The situation remains fluid, with a new wave of infections around the world following the resumption of economic activity.

In the U.S., the largest regional jet market that Mitsubishi Heavy Industries is targeting, airlines are stepping up cost-cutting efforts recently as a rebound in travel demand gets delayed. United Airlines, for instance, has said it may have to furlough more than a third of its pilots in 2020-21.

Kozawa acknowledged the challenge of planning as industry circumstances change.

"It is difficult to provide a clear-cut view about the outlook on the industry," he said. "Various reports and analyses have been put forward about the outlook on the industry. It is expected to take two to three year before demand for air traffic returns to a pre-crisis level. Then it will take another two to three years for demand for aircraft to recover. We have a similar view."

In the April-June first quarter, Mitsubishi Heavy reported an operating loss of 71.3 billion yen ($673 million). The loss is partly due to a 15% drop in revenue and reflects a global slump in demand for power generators from utilities and aircraft bodies and wings from Boeing, but is also due to a write-down on the value of the commercial jet program Mitsubishi acquired from Canada's Bombardier in June.

Mitsubishi Heavy says the scale of the write-down is yet to be finalized, but is expected to total about 60 billion yen ($566 million).

The budget for the SpaceJet program is to be kept at 60 billion yen for the year, half the previous year's level.

Mitsubishi Aircraft, which oversees the development of the SpaceJet, has cut half of its 2,500 staff after closing its overseas locations in an emergency cost-cutting measure.

With production disrupted at Mitsubishi Aircraft due to the coronavirus pandemic, the company is focused on validating the results of more than 3,900 hours of test flights in the past few years, to ensure that the M90 design meets regulatory requirements.