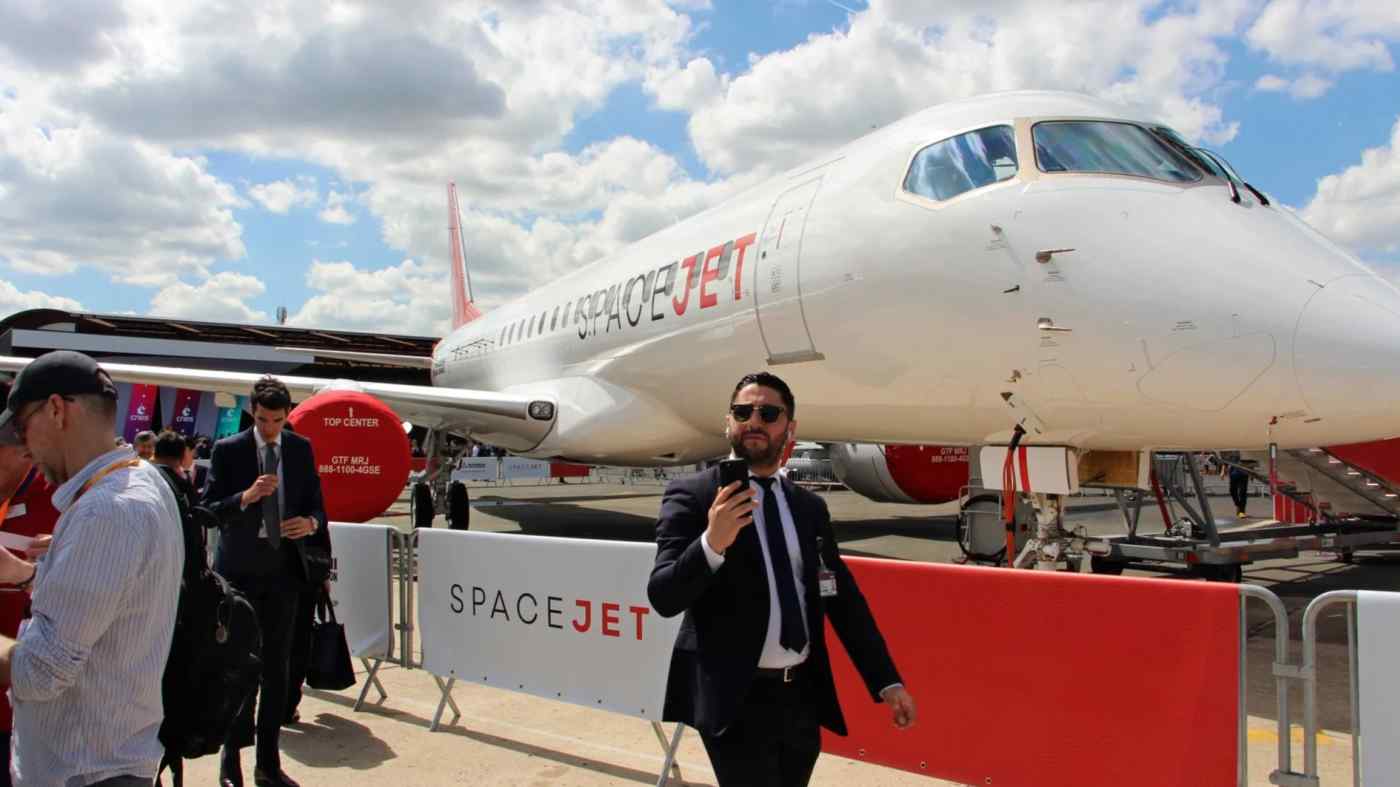 The SpaceJet, a redesigned version of the much-delayed Mitsubishi Regional Jet, will accommodate 65 to 88 seats, compared with the initially planned MRJ that will seat roughly 90.

The smaller design is meant to appeal to regional airlines in the U.S. market, the company's main target. Plans for a 100-seat-class SpaceJet M200 were also unveiled.

At the air show, Mitsubishi Aircraft revealed the SpaceJet's interior for the first time.

The seats measure 47 cm wide, making them wider than in rival aircraft of the same class, according to the company. 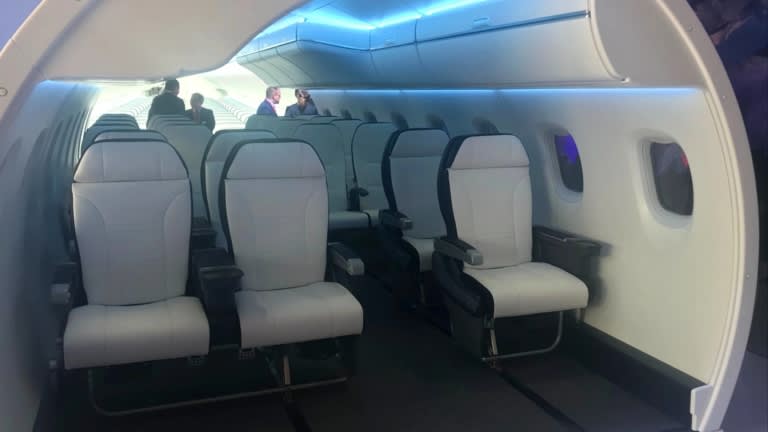 The proposed interior of the SpaceJet, unveiled for the first time, features wider seats than rival planes in the same class, according to Mitsubishi Aviation. (Photo by Naoki Watanabe)

The SpaceJet will use engines from Pratt & Whitney, which supplies them for Brazil-based aircraft maker Embraer's newest regional jet.

Mitsubishi Aircraft aims to make initial delivery of the 90-seat-class regional jet in mid-2020 after being issued a type certificate, a key signifier of airworthiness.

Development of the 70-seat SpaceJet will proceed in parallel with work on the 90-seat jet.