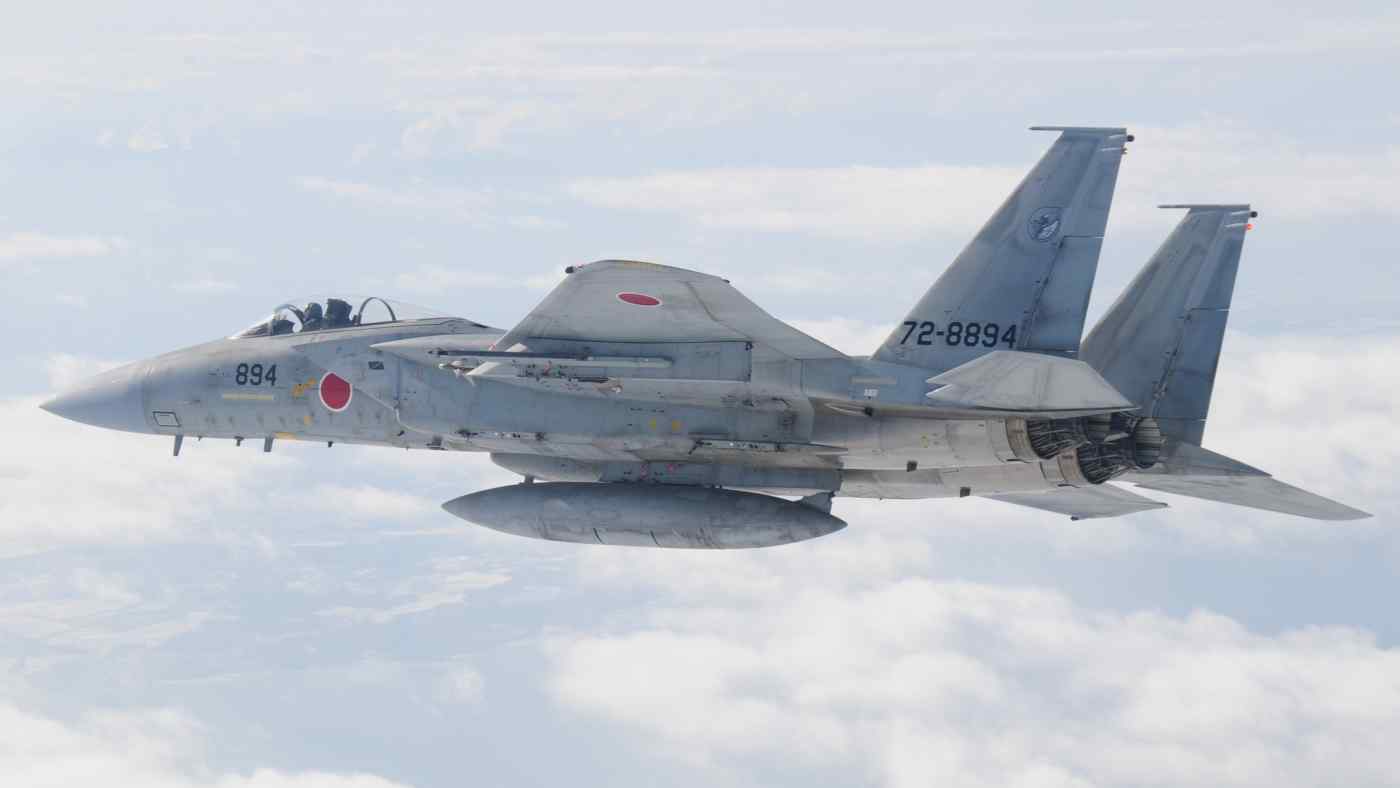 "I ask for your continued cooperation on obtaining type certification," Kawaguchi told officials, referring to a key permit necessary for the project to move forward.

The project, which was met with much fanfare when it was launched in 2008, has become something of an albatross around the neck of Mitsubishi Heavy after suffering a half dozen delays. It is now up to Kawaguchi to right the ship and help bring Japan's first homegrown aircraft in decades to runways around the world.

Mitsubishi Heavy tapped Kawaguchi as executive chief engineer at unit Mitsubishi Aircraft based on his technical credentials as well as his deep connections to the defense industry. He has spent much of his 35-year career as part of an elite team of engineers at Mitsubishi Heavy. His extensive resume includes involvement in the development of the F-2 support fighters, a joint project with the U.S., as well as an update to the F-15 fighter jet.

His promotion marks a new phase for the SpaceJet's development, which will focus on and be driven by Japanese engineers instead of relying on foreign talent. But the future of the long-delayed project is far from clear, especially with Mitsubishi Aircraft halving its staff amid mounting challenges. Originally called the Mitsubishi Regional Jet, the roughly 90-seat aircraft first went into development in 2008 with a target delivery date of 2013. Mitsubishi Aircraft received orders for about 400 units, including from compatriot All Nippon Airways.

But more than a decade later, the jet has yet to receive type certification, a prerequisite to mass-production and commercial use. The step is a top priority for Mitsubishi Aircraft, and one of the biggest challenges for Kawaguchi as he takes the reins.

Kawaguchi's expertise is in electronic and machinery systems, which tend to be more complex in passenger jets than in military planes and an area where Mitsubishi Aircraft faces tough competition from U.S. and European rivals. His know-how, combined with his experience leading SpaceJet's test flights since joining Mitsubishi Aircraft in 2016 and his personal connections in Japan's defense and transport ministries, is expected to help the company overcome this major hurdle.

About the same time Kawaguchi was making the rounds in Tokyo, Alex Bellamy was preparing to leave his position as Mitsubishi Aircraft's chief development officer at the company's headquarters just outside Nagoya. The former Bombardier manager had been the face of the SpaceJet project since joining the company in 2018.

Bellamy was one of many industry experts recruited from overseas players like Boeing and Bombardier. Mitsubishi Heavy Chairman Shunichi Miyanaga, who was president at the time, believed foreign talent was crucial for the company's foray into passenger jet development -- a complex endeavor that can involve a million parts and numerous changes in plans.

But the increasing foreign recruits led to tensions with Japanese engineers, who felt they were being pushed out of the process.

"The way they did things, like bypassing middle management and going directly to the top, rubbed Japanese technicians the wrong way," said a source at Mitsubishi Aircraft.

Eventually, this led to communication problems between foreign and Japanese staff. Confusion reigned as the company grappled with changes to the aircraft's wiring and instruments.

The company decided to delay the shipment of the SpaceJet for the sixth time in January. It is now conducting major cutbacks, including halving its 2,000-person staff and closing down design and marketing hubs in Europe and the U.S.

Mitsubishi Heavy executives including CEO Seiji Izumisawa told labor representatives on May 29 that reviews and testing had drained the finances of the SpaceJet business. Feasibility studies for some projects would be put on hold, company officials said.

After getting the M90 certified, the company had planned to work toward commercializing the next-generation M100, a 76-seat model. But the project, previously positioned as a centerpiece of the company's passenger aviation business, has in effect been put on hold.

SpaceJet development will focus solely on type certification for the M90. The overhauled team with Kawaguchi as development chief is "made to just quietly handle the paperwork," an aviation industry source said.

So far, even with the SpaceJet project bleeding money, the company had been able to shore up its profits through core businesses including thermal power plant facilities and aircraft parts.

But it reported a 29.5 billion yen ($275 million) group loss from business activities for the fiscal year ended in March -- its first in two decades. The drop owes partly to the coronavirus crisis, but also to more than 200 billion yen in SpaceJet-related losses.

Mitsubishi Heavy no longer has the wherewithal to bear whatever pain is necessary to support the program. SpaceJet development spending is being halved this fiscal year to about 60 billion yen.

Even if Mitsubishi Heavy finally gets the SpaceJet certified and brings it to market, whether it can be mass-produced profitably remains in the air. Passenger demand for international air travel will not return to pre-coronavirus levels until 2024, according to the International Air Transport Association.