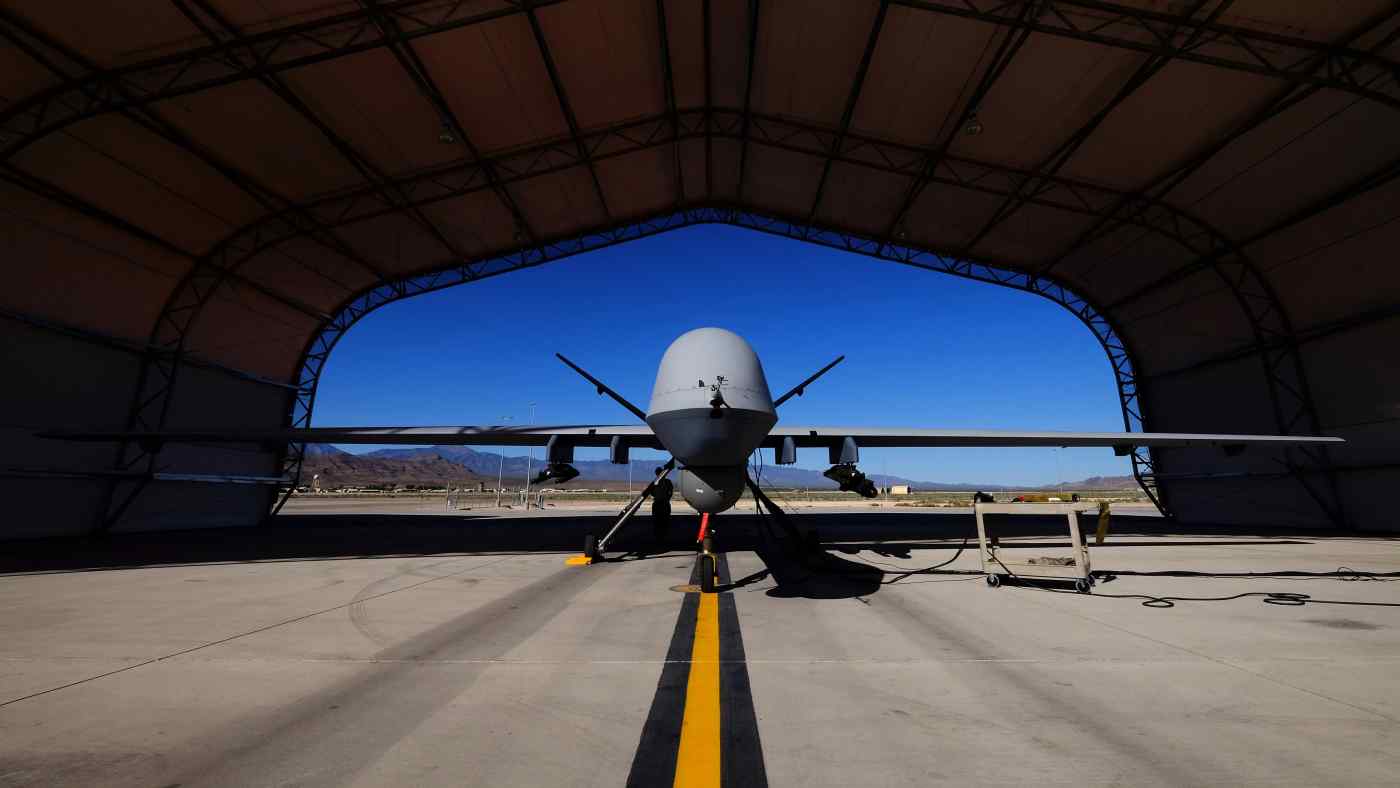 WASHINGTON -- The U.S. Defense Department has made battlefield-ready artificial intelligence a priority in its planning, seeking a massive increase in related spending to counter China's rapid advances in the field.

The department's Joint Artificial Intelligence Center requested $268 million under the draft federal budget for the fiscal year that began Oct. 1, roughly triple the figure from the previous year.

"I am optimistic that 2020 will be a breakout year for the department when it comes to fielding AI-enabled capabilities," Lt. Gen. Jack Shanahan, the center's director, said in a recent press briefing.

"For fiscal year '20, our biggest project will be what we are calling 'AI for maneuver and fires,' with individual lines of effort or product lines oriented on warfighting operations," he told reporters.

The U.S. military's AI development has focused on predictive maintenance for weapons systems, along with areas such as humanitarian missions and cybersecurity. This is the first time the Defense Department explicitly seeks combat applications of the technology.

The combat applications sought by the Joint AI Center are "not game-changing in the sense of lethal autonomous weapons considerations, but they'll make an enormous impact day to day on the warfighter by getting through command and control faster," Shanahan said.

He cited AI-driven command and control decision-making based on data collected across the combat domains of land, sea, air, space and cyberspace, as well as preventing errors that could lead to civilian casualties and friendly fire.

Shanahan called the rapid development of AI capabilities by China and Russia a major reason for the department's sense of urgency. Beijing in particular makes "no secrets about what they want to do on the military side [of AI strategy]: everything from autonomous weapons to a big emphasis on how you use AI in command and control," he said.

"What I don't want to see is a future where our potential adversaries have a fully AI-enabled force and we do not," Shanahan said.

China flaunted an array of unmanned vehicles at Tuesday's ceremony honoring the 70th anniversary of the founding of the People's Republic. China's military is developing drone swarm technology, in which a large number of drones make decisions autonomously based on shared information. Many think that close cooperation between China's military and private sector, the civil-military integration, has worked in favor of Beijing.

The U.S. Defense Department created JAIC in June 2018 and released its first AI strategy in February. It is also working on Project Maven, which uses computer algorithms to analyze data collected by drones. But Google, a key contributor, said last year that the company would not renew its contract, likely due to objections by employees.

"If we don't find a way to strengthen those bonds between the United States government, industry and academia, then I would say we do have the real risk of not moving as fast as China," Shanahan said.

Some also argue that China and Russia have advantages in data collection because they are less constrained by privacy concerns and civil liberties, but Shanahan questioned that contention.

"It depends on what data you have available to it," he said. "If it's social media data, it's credit card data, that's a different sort of data than full-motion video from Afghanistan and Iraq."

"Chinese military modernization presents a significant challenge on many fronts, including the [People's Liberation Army's] pursuit of military innovation and emerging technologies, from hypersonic to artificial intelligence," said Elsa Kania, an adjunct senior fellow at the Washington-based Center for a New American Security.

It is too early to identify a leader in developing and fielding AI military capabilities, Kania said.

"One of the major differences between the U.S. and Chinese militaries' approaches to AI is simply and practically that the U.S. military has some more immediate operational imperatives and commitments underway, whereas the PLA is essentially trying to innovate under peacetime conditions," she said.

The American military's experience and imperative of pursuing practical capabilities could result in better deployment of AI, Kania said, while China lacks combat experience in its recent history.

China's approach to military affairs sometimes "may be more abstract or theoretical, or detached from a complete appreciation of the practical challenges that come into play," Kania said.

She cited the importance for the U.S. to build bridges and pursue closer partnerships and engagement with the tech sector.

"I think that the best way for the U.S. to compete is investing in our own innovation, while engaging with allies and partners on ways to cooperate and coordinate on certain developments and explore ways to not only improve in terms of the adaptability of our military but also invest in education and basic research for the long term," Kania said.