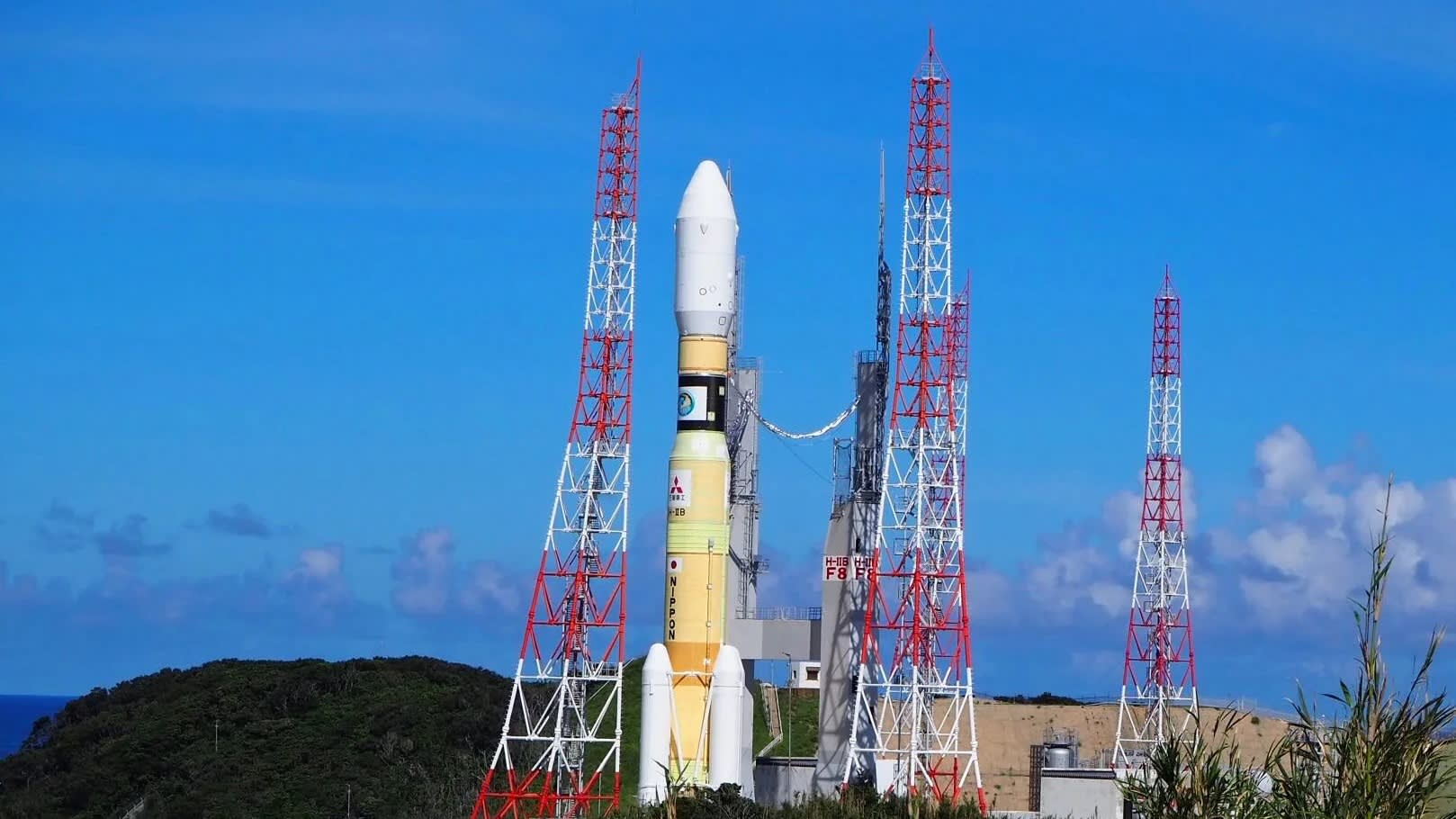 An H-IIB rocket at the Tanegashima Space Center in Japan on Sept. 10. The planned launch was cancelled due to a fire. (Photo by Naoki Watanabe)
NAOKI WATANABE, Nikkei staff writerSeptember 12, 2019 05:15 JST | Japan
CopyCopied

TANEGASHIMA, Japan -- A last-minute cancellation of an H-IIB rocket launch Wednesday dealt a major blow to Japan's rocket program, which is at a crucial juncture as it moves from government to private-sector control.

With a smaller budget than western counterparts and a geographic disadvantage, the big draw for the H-IIB rocket, made by Mitsubishi Heavy Industries, was its perfect success rate. But a yet-unexplained fire has put its reputation in jeopardy.

The fire broke out around the rocket's launch pad at 3 a.m., about three hours before the scheduled launch of a cargo ship from the Tanegashima Space Center in southern Japan to the International Space Station. The cause of the fire has not been identified.

"It will be difficult for us to reschedule a launch in a day or two," launch director Atsutoshi Tamura told reporters later that morning.

"The fire began before the engine ignited, so the only possible cause I can think of is an electric spark," said Akira Sawaoka, an aerospace expert and honorary president of Daido University. "If the fuel had caught fire, it would have spread explosively, so a fuel leak seems highly unlikely."

"This is a fundamental glitch that never should have happened. Depending on what happened, the very foundation of this technology could be called into question," he added.

H-IIB launches have been delayed several times before due to weather or a malfunctioning part. But no major incidents have happened in Japan since 2003, when a predecessor H-IIA rocket lost control and had to be destroyed in midair.

Since Wednesday's rocket is still intact, Mitsubishi Heavy intends to make another launch attempt after it determines what caused the fire and fixes the issue. But the process will likely take some time. Rockets have transformed over the decades from government-led projects of national importance to private-sector vehicles to deliver satellites into space. Japan enacted a law in November that creates a licensing framework for satellite launches, and Wednesday was supposed to be the first launch overseen by Mitsubishi Heavy instead of the government.

"I was hoping for a clean success, and I feel extremely responsible," Tamura said.

Competition in the field is growing worldwide. Elon Musk's SpaceX is driving prices down by reusing rockets. Meanwhile France-based Arianespace offers great flexibility by setting up its launchpad near the equator, and is looking to slash costs by 40% by making its next version smaller and using more common parts.

The H-IIB rocket had succeeded in seven out of seven launches before Wednesday. The H-IIA also had a 97.9% success rate out of 40 launches, putting it above the global average of 95%.

The Japan Aerospace Exploration Agency and Mitsubishi Heavy hoped to draw on H-IIB's success to build momentum for the new H-III rocket, which is slated for its first launch next fiscal year. Balancing quality and cost is tricky for rocket manufacturers, which make projectiles that can involve more than a million individual components.

Russian Soyuz and Arianespace Vega rockets failed to launch in October 2018 and July, respectively. Even established rockets can suffer a blow from such incidents, in terms of customer confindence and insurance premiums.