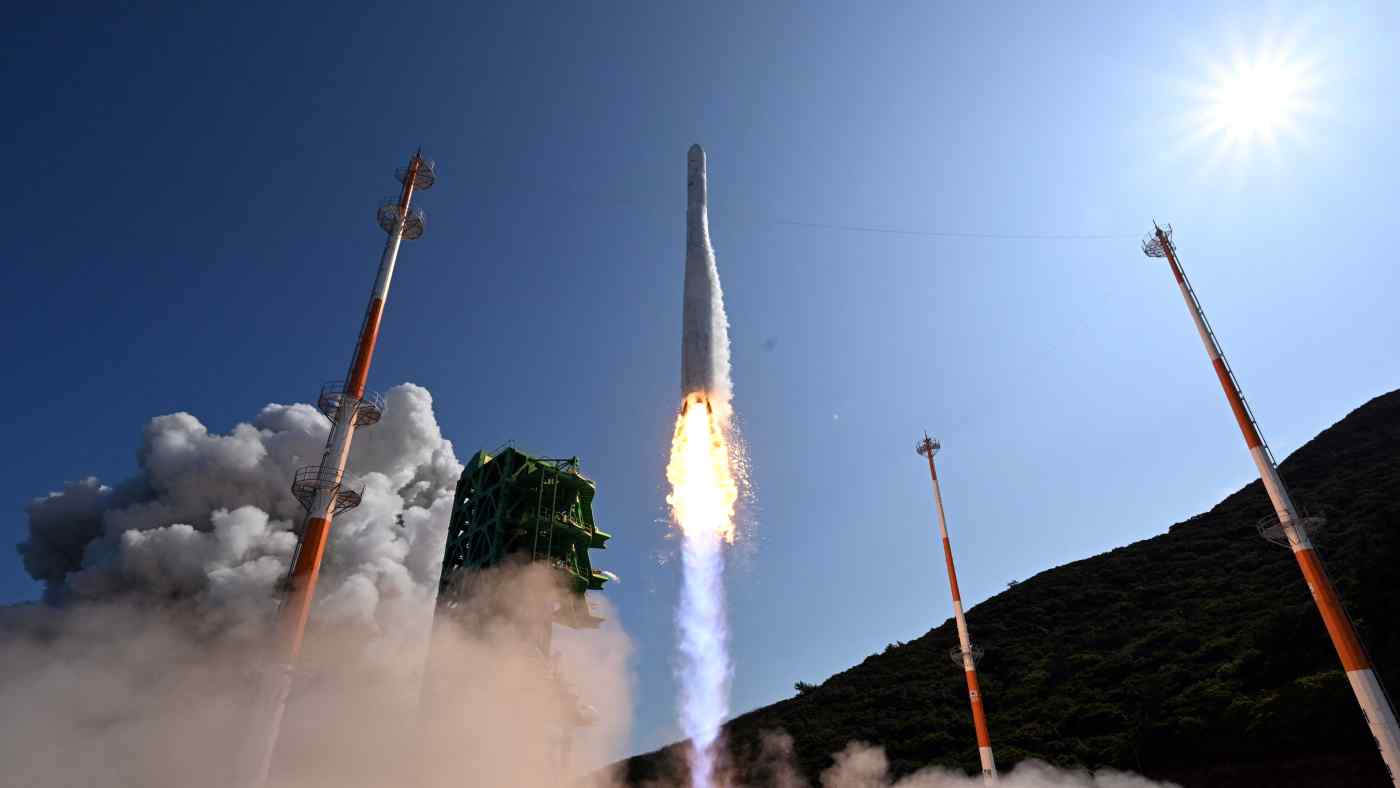 SEOUL -- South Korean aerospace companies are basking in the afterglow of their country's landmark satellite launch this week and aim to play a bigger role in the national space program after reaching this key milestone.

Hanwha Aerospace, part of conglomerate Hanwha Group, manufactured all six engines for the domestically developed Nuri, or "world," rocket that sent the test satellite into orbit on Tuesday. The success came eight months after the country failed in its first attempt to send a dummy satellite into orbit.