Southeast Asian aerospace takes off on back of budget carriers

Malaysia and Singapore lead the pack in parts production, with others close behind 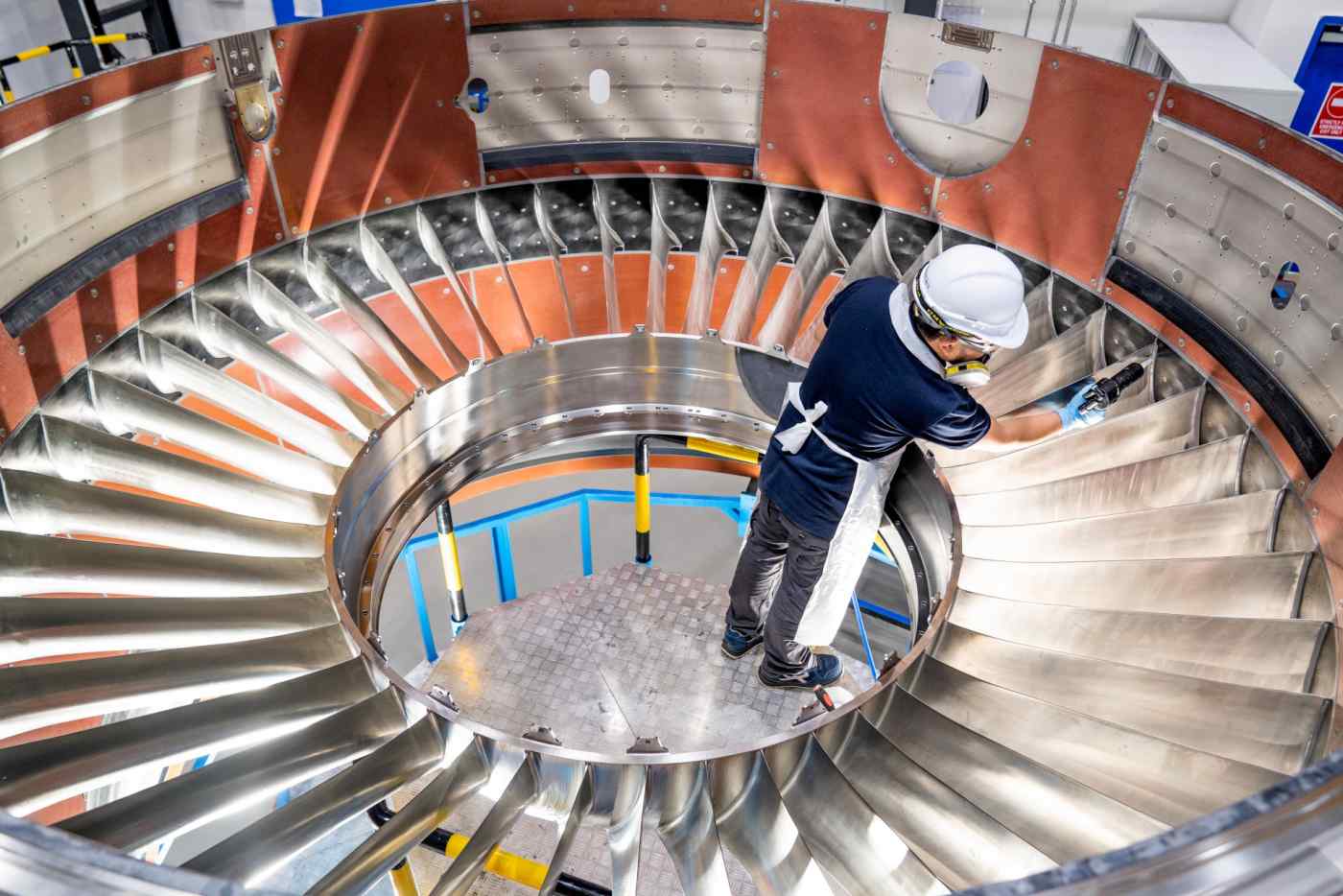 MANILA -- Southeast Asia is building a reputation as a producer of aircraft components, parlaying jet demand from the region's low-cost carriers.

The region as a whole made the rough equivalent of $14 billion in aircraft parts and related services in 2018, fast approaching Japan's $16.7 billion or so. It is expected to become an even bigger player as global supply chains shift toward the region.

At a UMW Aerospace plant in Selangor, Malaysia, massive machinery can be seen polishing steel cylinders to a mirrorlike finish. Welders attach 44 metal blades with laserlike precision further down the production line.

These parts affect the safety of jet engines, so they must meet strict standards dictated in thousandths of millimeters.

The finished product is shipped to a Rolls-Royce factory in Singapore, along with components from Japan, the U.S. and Europe, for use in Boeing 787 engines. Rolls-Royce previously made all its parts in-house but signed on UMW as a contractor in 2015.

"We are doing better," said Rahul Kashyap, who heads the Selangor plant. "This is because of the new machines. And when we train, we train through the best method. So today, we are doing very well. The quality is as good."

Malaysia has rolled out the red carpet for overseas aerospace companies, allowing full ownership of local units and offering tax breaks. Companies including Honeywell International have set up manufacturing bases there, leading to the rise of local players like UMW. A variety of aircraft parts are now made in Malaysia, including wings and brakes.

But Singapore was the region's pioneer in the field. More than 60 foreign and domestic companies, including Rolls-Royce and Pratt & Whitney, carry out research, manufacturing and maintenance operations at a dedicated industrial park there. The government-affiliated park employs 6,000 and comes with its own 1,800-meter landing strip.

Revenue in Singapore's air and space industry, including maintenance and repair operations, totaled 11.1 billion Singapore dollars ($8.18 billion) in 2018. Malaysia's came to 14.4 billion ringgit ($3.49 billion), which the government wants to roughly quadruple to 55.2 billion ringgit in 2030.

Southeast Asia's aerospace sector earns roughly half its income from maintenance and repairs. But parts manufacturing is also a growing field.

The trend is propelled in part by the rise of budget carriers. The Asia-Pacific commercial airplane market will top 17,000 deliveries through 2038, according to Boeing projections published in June -- far more than the roughly 9,000 each for Europe and North America. About 70% of Asian demand is seen coming from single-aisle models for medium-haul flights.

Naguib Mohd Nor, president of the Malaysia Aerospace Industry Association, said being close to the market is important. "There is an overarching philosophy," he said, "that being near the market where the aircraft is sold creates better chances that the aircraft will get sold."

Many airlines are government-affiliated, making them more likely to buy jets with domestically produced components.

And with aircraft increasingly repaired in Southeast Asia, there is greater incentive to make spare parts closer to those operations. Singapore Technologies Engineering delivered nearly 43,000 jet components and overhauled 167 engines in 2018.

Other countries in the region are making moves. Thailand granted preferential tax treatment to 26 parts makers and brought in Airbus to run a joint maintenance and repair facility with Thai Airways International. The Philippines aims to increase aerospace exports by more than four times from 2015 to $2.5 billion in 2022.

But the industry remains in its infancy in Southeast Asia. An airplane has about 3 million parts -- roughly 100 times as many as an automobile. To become a player in the more valuable components, the region needs to up its technological game.