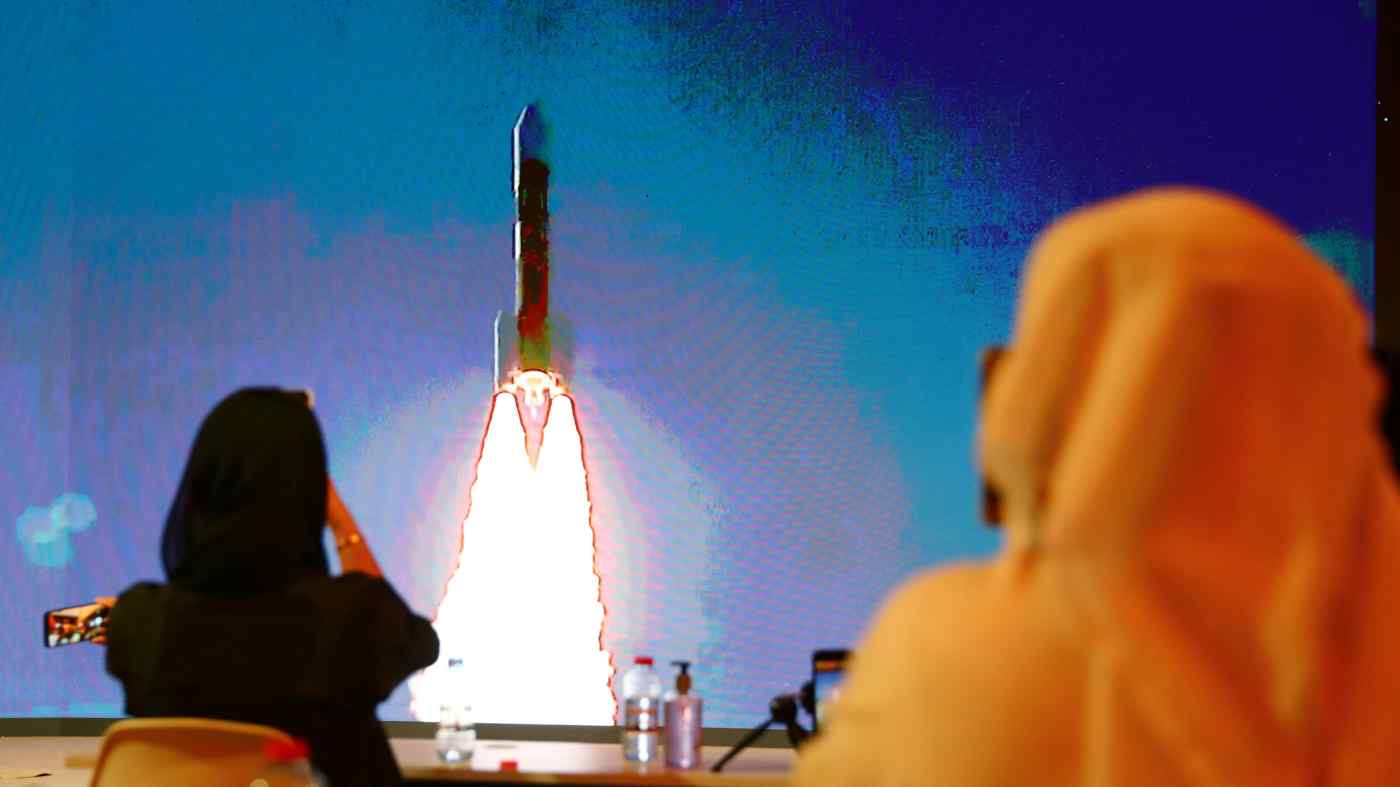 The H2A rocket carrying the Hope explorer lifted off at 6:58 a.m. from Tanegashima Space Center in Kagoshima Prefecture, southwestern Japan.

The Hope explorer, developed at Mohammed bin Rashid Space Centre in Dubai, is expected to travel 493.5 million kilometers over seven months to reach orbit around Mars in 2021, marking the 50th anniversary of the founding of the UAE. It will be the first interplanetary mission by a Middle Eastern country.

The explorer, measuring 2.9 meters in length and 8 meters in width when its solar panels are fully extended and weighing 1.5 tons, will research the temperature and moisture of the Martian atmosphere to study changes over a long period in the climate of the red planet.

The liftoff of the Mars orbiter was initially scheduled for Wednesday but was postponed due to bad weather at the launch site.

Project manager Omran Sharaf said in an online press conference on July 13 that the probe is a strategic attempt to boost the development of the country's space sector, investing in resources that may lead to a new economy in the future.

He also expressed gratitude for Japan's support of the project amid the coronavirus pandemic.

The most recent project is the fourth in which Mitsubishi Heavy has conducted launches for overseas customers. It worked with South Korea in 2012, Canada in 2015 and UAE in 2018.