US or UK? Japan nears decision on partner for next-gen fighter

Tokyo weighs alliance with Washington against flexibility of London proposal 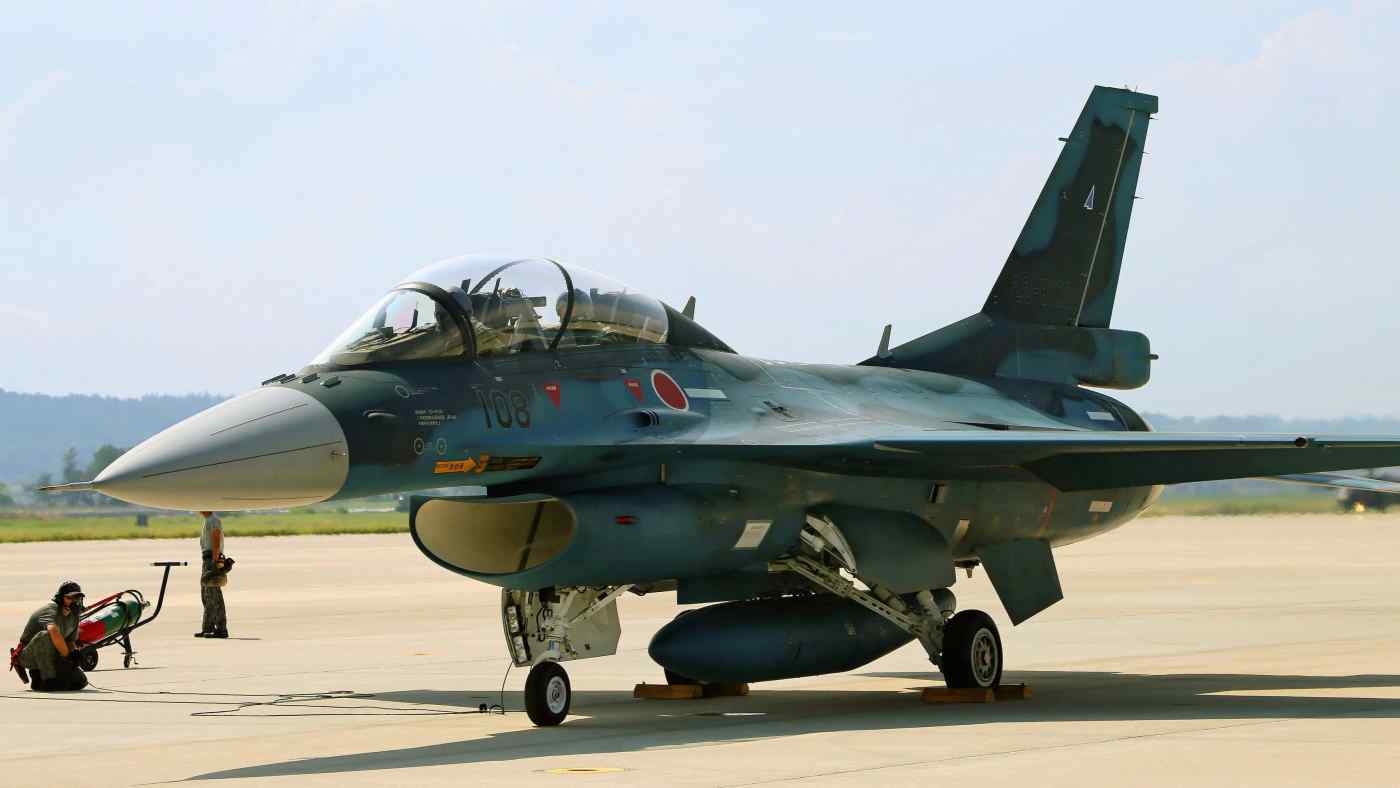 TOKYO -- Japan plans to choose a partner as early as this summer for development of its successor to the F-2 fighter jet, weighing a proposal from the U.S., its closest ally, against a British offer that would give Tokyo greater control.

The Defense Ministry prefers to have Japan take the lead on the project -- something it has not done with fighter jet development since World War II -- to maintain the foundation of the country's defense industry and fortify the Self-Defense Forces' capabilities.

The ministry aims to have the majority of the jet developed domestically, including core components such as the engine, and envisions deployment in the mid-2030s. The proposed defense budget for the fiscal year starting in April earmarks 11.1 billion yen ($102 million) for work on the new plane.

Working with another country would do more than provide access to crucial technological expertise. With development costs for a single plane model potentially running into the tens of billions of dollars, a partnership would give Tokyo a built-in overseas marketing channel to help with the large-scale production and sales needed to ensure the project is financially viable.

The U.S. is now seen as the more likely option, given the importance placed on the bilateral alliance. The Air Self-Defense Force fleet now consists largely of U.S.-developed planes, including the F-35 stealth fighter, in part because compatibility with American equipment has been seen as a priority.

Lockheed Martin has sounded out Tokyo about creating a hybrid of the F-22 and the F-35, and Boeing has expressed interest as well.

But partnering with the U.S. may not fit well with Tokyo's desire for Japanese-led development.

While Japan and America worked together on the F-2, design details for key parts have not been disclosed to the Japanese side. And Tokyo cannot upgrade the planes freely, which has limited their usability.

The F-35 was U.S.-developed, and Japan has been unable to reap the full potential technological benefits. Though Washington has reportedly offered Tokyo some access to secret computer codes from the F-35's systems for the proposed new fighter, how much of the eventual design it would ultimately share remains an open question.

Meanwhile, the U.K. proposal would entail producing such key components as the engine and radar in Japan, as well as give Tokyo the freedom to update the planes at will. The proposal centers on London-based contractor BAE Systems, with other European companies potentially joining in.

Some in the Japanese government favor this option as an opportunity to bolster a defense industry still finding its footing more than five years after the lifting of a self-imposed ban on arms exports.

The government plans to choose a partner either when it submits its draft budget request for fiscal 2021 this summer or, at the latest, by the time the budget is compiled late this year.

The decision involves political factors that Tokyo cannot afford to ignore. Japan sharply increased its F-35 orders in 2018 to 147 planes, 3.5 times the original number, after urging from U.S. President Donald Trump. And with the U.S. presidential election coming up in November, some in Tokyo expect mounting pressure from Washington to pick an American partner for the new fighter.

Japan and the U.S. are also set to hold talks this year on cost-sharing for American forces stationed in Japan. Washington demanded in November that Tokyo pay well over four times its current contribution after the current agreement expires next year.