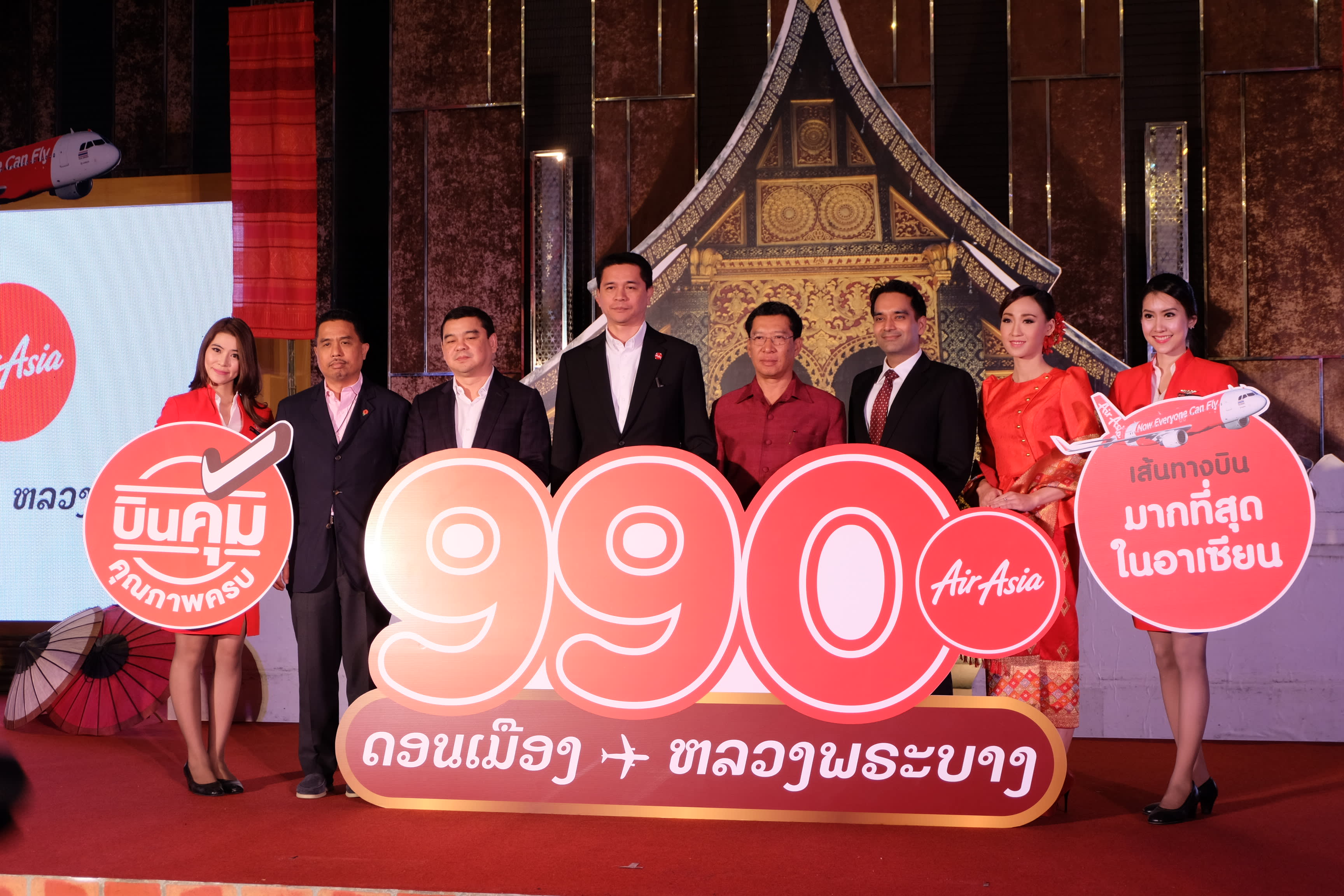 BANGKOK -- It took a lot of patience, but Thai AirAsia is ready to launch its first flight to Laos.

Fares for those traveling through Feb. 5, 2017, will start from 990 baht (a little more than $27). The regular fare, which will kick in thereafter, will be around 1,000 baht to 2,000 baht, roughly half what full-service airlines currently charge along the same route, CEO Tassapon Bijleveld said.

"We have been waiting for so long," Tassapon said at a press conference in Bangkok on Tuesday.

The Laotian government had been reluctant to open up routes, partly to protect national flag carrier Lao Airlines and other carriers. Tassapon said Thai AirAsia was granted the license, eight years after applying, several months ago.

Thai AirAsia will be the first budget airline to fly to the ancient city. Its sister airline, Malaysia's AirAsia, serves Vientiane from Kuala Lumpur, and Thai AirAsia appears set to start service to the Laotian capital within this year, Tassapon said, hinting that the airline has already obtained a license.

He said the start of the ASEAN Economic Community in December could be a reason why Laos decided to unlock its aviation market. Other airlines are expected to start entering the market, too, he said.

Thai AirAsia is expecting a cabin factor of more than 80% on the Luang Prabang-Bangkok route. Thai Airways and Bangkok Airways already serve the route.

According to CIMB Thai Bank, some 4 million tourists visit Laos annually. The number compares to the country's population of roughly 7 million. Of the 4 million, half arrive from Bangkok, and 1 million of them are Thai nationals.

"In a poor country like Laos," said Amonthep Chawla, who heads the research department of CIMB Thai Bank, "stimulating income distribution through tourism is the key to growth."

Currently, 5% to 6% of Laos' gross domestic product comes from tourism. In Thailand, the figure is more than 10%.

Laos shares a border with Thailand, and land routes are popular for travelers, but the introduction of budget flights will make traveling easier. "Saving money and time will mean people can spend more in Laos," Amonthep said.

The Luang Prabang-Bangkok route means Thai AirAsia will be serving eight of ASEAN's 10 countries, the exceptions being the Philippines and Brunei. Tassapon brushed aside Brunei as having too small of a tourism sector but said the Philippines would be tantalizing once congestion at Manila's airport is sorted out.