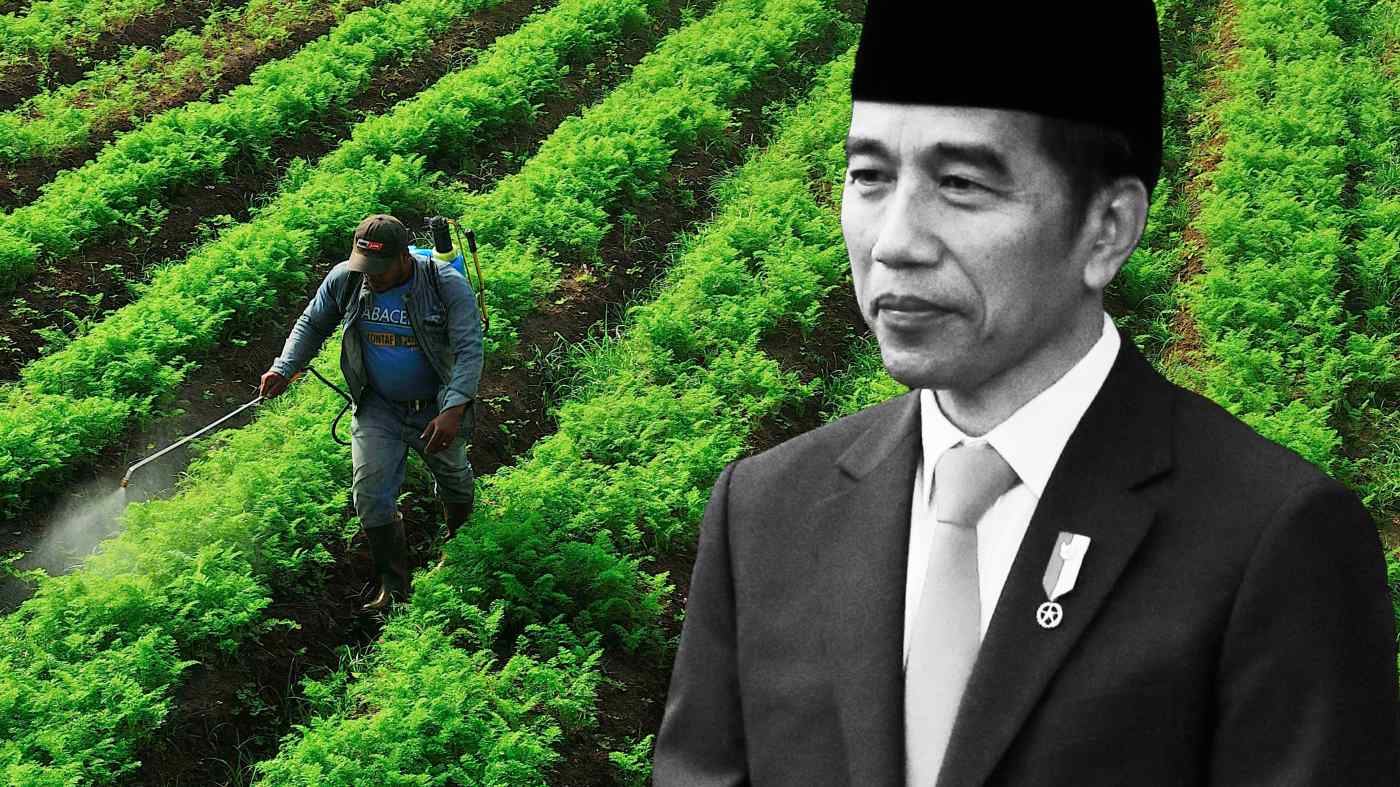 DELISERDANG, Indonesia -- The Indonesian government is forging ahead with a plan to create huge national food estates in the provinces of North Sumatra and Central Kalimantan despite concern from scientists over their viability.

In October, President Joko Widodo visited Ria-ria, a village in the North Sumatra regency of Humbang Hasundutan, to observe the development of farmland in what the provincial government calls a virgin, never-cultivated area. The president, commonly known as Jokowi, said the area would be planted with potatoes, red onions and garlic, and "we will see the result in the next two or 2 1/2 months."

The effort to grow and store more food stocks is part of a national food-estate project the government has been developing since June, fearing that the COVID-19 pandemic could create a food crisis. The Food and Agriculture Organization, a United Nations agency, warned in October that the pandemic "exposed the fragility of the agri-food systems" and that possibly 132 million people worldwide may go hungry in 2020 as a result of the economic recession triggered by the pandemic.

Widodo said in a meeting in September that the solution was to ramp up production through the food-estate program.

"Providing food stocks is a strategic agenda that we need to do to anticipate a food crisis induced by the COVID-19 pandemic," he said. "This is also to anticipate climate change and to reduce our dependence on foreign imports."

At least four ministries are participating in developing 148,000 hectares of land for rice fields and 622,000 hectares for other crops in Central Kalimantan, as well as 64,000 hectares for horticulture in North Sumatra. Widodo said the project should be based on careful calculations using rigorous science. But some scientists say there are important factors that have not been considered in determining the locations of food estates.

Budiman Minasny, a professor in soil science at the University of Sydney, says the type of soil in Siria-ria village is derived from acid tuff which is not fully-weathered, shallow, and hard.

"It is the hardened ashes produced by the Toba supervolcanic eruption that have poor nutrients and high acidity," he said.

Isner Manalu, the manager of a small coffee farm in the regency, said locals have to enrich the soil by adding organic fertilizer -- animal droppings. He said: "Our ancestors knew this very well. They say, 'Sinur na pinahan gabe na ni ula'" -- multiply the livestock and the harvest is rich.

Husnain, head of the Land Resources Research Agency (BBSDLP), which sits under the Ministry of Agriculture, said the estate's location was recommended by the local government. In June, Agriculture Minister Syahrul Yasin Limpo visited the village of Paruluhon in Humbang Hasundutan and witnessed the onions and garlic growing well. The regent of Humbang Hasundutan, Dosmar Banjarnahor, accompanied the minister during the visit and proudly declared that the area still has more fertile land.

But Minasny, the soil scientist, said not all soils in the regency have the same potential for agriculture. Google Earth satellite images show that Paruluhon lies in lowland near Lake Toba. Because erosion washes sediments downhill, he said, its location has better soil than the highland village of Ria-ria, where the food-estate project is located.

Husnain admitted that the land's suitability in Ria-Ria viilage is marginal. "But by introducing technology, of course it can be more productive," she said. Husnain said the BBSDLP has analyzed the soil and has prepared a strategy to make the land more suitable. But it will take some time because everything must be done carefully, she said. 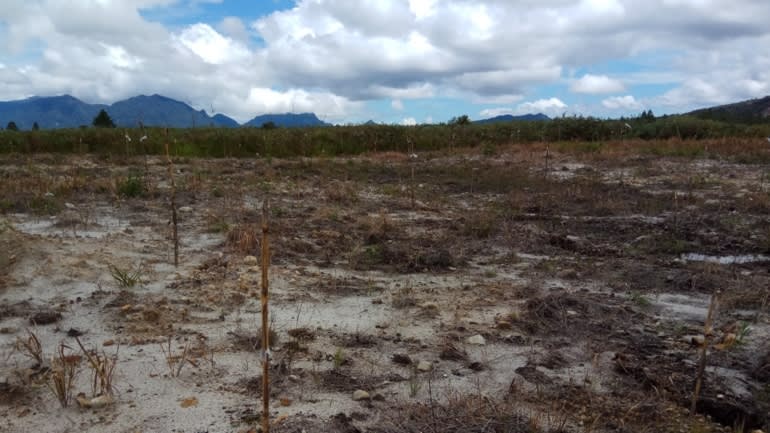 A food estate is also being developed in the regency of Pulang Pisau in Central Kalimantan. Here, at least 30,000 hectares of peat land is being transformed to cultivate rice. Yudistira, a plant breeder in the Rice Research Agency (BBPadi), which also sits under the Agriculture Ministry, says technology has been supporting the project there.

Using genetic engineering and plant breeding science, BBPadi has developed a number of rice varieties, such as Inpari 32, Inpari 42, Inpara 8 and Inpara 9. These have high yields and are resistant to disease, and also can grow on peat land, a type of soil that is very acidic and toxic to most rice. Yudistira said that while one variant seems struggling to grow on peatland, "that doesn't affect productivity."

Dwi Andreas Santosa, a professor of soil biotechnology at Bogor Agricultural University, is skeptical about any project on peat land.

To get a successful estate, he said, the government needs to check soil qualities, water management, cultivation technology and socioeconomic aspects. "If we neglect just one of these factors, we will not see anything but failure," he said.

Santosa also said that neglecting science will likely bring failure in the food-estate projects, as with previous attempts over the past 25 years.

But Yudistira is undeterred. He said his rice varieties could reach 5 tons per hectare and will be profitable.

Besides planting superior varieties, he said planting rice on peat land can be managed by using organic fertilizers and smart excavators to carefully plow the land.

He shares Widodo's optimism that the project will be successful, because technology is "intensively guarding this project," he said.