As corona crisis leaves farmers with too much, one-parent families go hungry 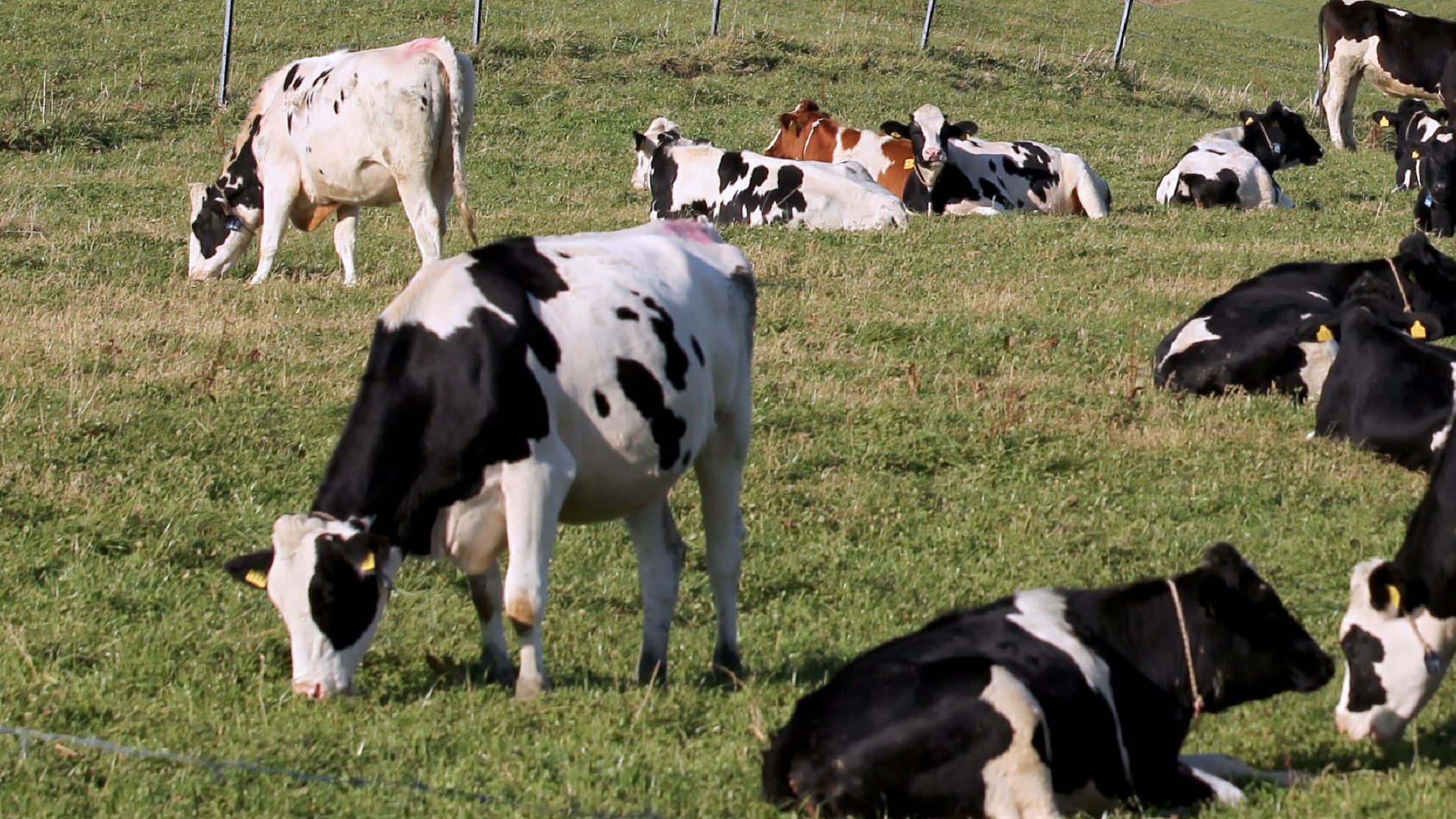 The demand for milk from schools has decreased drastically as they remained closed but cows still have to be milked in the spring which is calving season. (Photo by Uichiro Kasai)
NANA SHIBATA, Nikkei staff writerMay 6, 2020 12:22 JST | Japan
CopyCopied

TOKYO -- Japan's agricultural sector could soon be reeling from a glut of eggs and dairy products with the closure of schools and restaurants due to the coronavirus pandemic, while the country's largest food bank is paradoxically facing a shortage as the number of users surges.

"The surplus eggs have nowhere to go if the coronavirus is prolonged," said a worker at a major egg company.

The wholesale price of eggs dropped 5.3% to 180 yen ($1.68) per kilogram on May 1 from a week ago, according to Jaz-Tamago, an egg unit of the National Federation of Agricultural Cooperative Associations.

Typically, egg demand rises from late April to early May as hotels and restaurants increase orders ahead of the Golden Week holidays in Japan, which falls on May 2 to May 6 this year. However, the pandemic has thrown a dampener on celebrations this year, particularly after the government declared a state of emergency early April.

The egg production industry has so far managed to clear most stock as home consumption increases and as wholesalers sell more to food manufacturers and pastry shops. But the staff at the egg company said demand from these quarters could fall soon if they start to close due to a drop in business.

The shutdown of schools has also hit hard. Schools typically offer milk with lunch but now that they are closed, demand has fallen away.

The Ministry of Agriculture, Forestry and Fisheries said demand for milk from schools and businesses decreased 86.2% and 10.7% in March respectively from the previous year.

"There is some concern that milk will lose demand," Taku Eto, minister at the Agriculture, Forestry and Fisheries told reporters mid-April and called for consumers to buy more milk, yogurt and dairy products than usual.

It is particularly difficult to adjust supply and demand in the dairy industry. In general, milk production increases in the spring as it is calving season and cows have to be milked.

Hokkaido-based Hokuren Federation of Agricultural Cooperatives, the largest domestic supplier of raw milk, has started promoting on its Instagram account recipes that use milk in the hopes of increasing home consumption. A spokesperson said the company is also trying to stay afloat by offering material to make more powdered skimmed milk.

A spokesperson at Morinaga Milk Industry, Japan's leading producer and seller of dairy products, told Nikkei that it was also producing more butter and powdered skimmed milk that have much longer shelf lives.

Yet, despite the oversupply in the dairy industry, a major food bank is facing shortages with a steep increase in demand as the coronavirus outbreak hits businesses and jobs.

"We don't have enough food," a spokesperson for the country's biggest food bank operator, Second Harvest Japan, told Nikkei. The food bank chain had been receiving donations from food manufacturers but this source has also been squeezed by the pandemic.

On the other hand, demand for Second Harvest Japan's service is rising. One of its food banks in Asakusabashi Tokyo saw a doubling in the number of people needing its food packages in April, particularly after the state of emergency was declared, compared with February.

"Around 70% of new recipients are families with small children, including one-parent families," said the spokesperson as children usually fed at school are now at home all day.

Second Harvest Japan has established more food banks and is opening earlier to meet rising demand from households struggling in a weakening economy.

But with supplies now lower than before, the food banks are cutting their packages to 10 kg per family, down from 30 kg in the past. Previously, users could go as often as they needed but are now limited to once every two weeks. To avoid spreading coronavirus, users can also no longer choose items and can only pick up prepackaged bags.